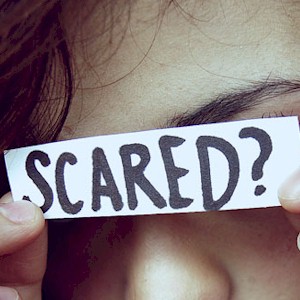 Drink more courage and no not the liquid kind, by learning to reject fear and not being scared is something everybody wants more of. Being courageous is a positive character attribution which you want that makes you worthy of garnering respect.

Every story, every movie, what every hero in our society projects are strong exemplary tales of someone being brave, while sacrificing themselves for the greater good.

Anyone who might be considered cowardly or weak, the classic underdog, who suddenly somehow finds the courage to fight back, becomes an icon.

Being courageous however isn’t always about physically conquering something.

There are a variety of examples of social activists who decides to make a stand by speaking out against injustice, bullying, while risking personal safety.

There are the pioneer entrepreneurs who’ll take extreme financial risks to follow their dreams, while completely innovating the lives of others because of their vision.

There are numerous ways to display courage, ranging anywhere from showing extreme physical strength to enduring mental stamina or by being innovative.

So what then is the core definition of courage, how brave are you.

Listed are the ways most will define courage and how you can harness it to your advantage.

Being Courageous Out Of Fear
Does fear actually make you less courageous. For those who may suffer from certain anxiety disorders have revealed that the higher the levels of their stress are,

And the higher the anxiety elevates, they begin to feel weaker and lose confidence.

Most will also describe fearlessness, not being scared, a synonym of courage.

Courage is also the quality of mind which enables a person to face some type of adversity, difficulty or pain, despite the onset of anxiety or the odds.

If someone doesn’t experience anxiety while doing something, then it becomes easier to perform the task.

So the more anxiety or fear there is, what it requires is a greater level of courage and strength.

A Definition Of Courage
Whatever you believe is the definition of courage is what makes best sense to you. Say for instance there’s a house on fire and there’s 3 people who don’t know one other watching it burn.

All three suddenly realize there’s someone trapped inside the house:

Who of the three do you think showed the most courage.

Most will agree it wasn’t the third person who wouldn’t budge. But what about the other two.

It’s clear to most the first person exhibited the most courage, while the second person not as much, yet still admirable.

Some may even question the behavior of the first person. What was displayed may of been a lack of intelligence since that person didn’t perceive danger in the situation.

The second person had their courage was drawn out, which enabled them to run into the house although feeling fear, or if the actual act of running into the house created courage.

It will also remain latent until someone decides to hold a lit match to the paper and lights it, burning it to nothing.

The Act Of Courageousness

So is it possible we all have the potential inside us for being courageous, but that potential is kept latent.

it doesn’t exist until we’re confronted with a certain situation which we find anxiety provoking, then we decide to act anyways.

So when it comes to courageous acts, one thing may be clear is that their actual anxiety doesn’t make them weak, but rather motivates them despite their fears.

Feel The Fear But Do It Anyways
What being courageous needs is a dose of common sense as it’s recommended that individuals take a gradual approach when confronting one’s fears. For instance, some have a fear of large dogs, and as a result may have been avoiding them because of a childhood trauma.

So the best solution may be to just exposing oneself initially to a small dog or a puppy which will eventually grow into a bigger dog. Over time, they won’t be afraid of these dogs any longer.

Then begin moving up to a larger dog and then repeat the process until you’ve worked up to being friendly with this big dog.

For the majority of us, the preferred route of becoming more courageous is by taking it one step at a time. Taking what’s described as “baby steps” closely resembles that if you decide to follow a path, then you’ll begin to cultivate courage.

What Is Courage
What then is courage, is it a kind of strength, or a resolve to face a scary circumstance head on. Courage is called upon once we confront something that’s difficult, painful, frightening, or even disturbing.

When our resources begin to get challenged to its limits, once we feel vulnerable, threatened or weak, our first instinct is to always flee. During these times, we’re faced with: are we able to find the courage to face and then defeat this fear, or become defeated by it once again.

The Proper Vitamins And Nutrients To Suit Your Lifestyle