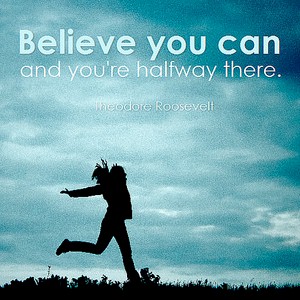 What we constantly hear is that if you believe or you don’t, you’re right either way. To some, it sounds contradictory, even ridiculous, but one thing for certain is that it’s right. Understanding your beliefs, how they control your life, the traps which are caused by beliefs is the key ingredient when it comes to success.

The simplistic beliefs are those things that we know are true. The first trap is that we think beliefs are personal, that what we believe isn’t the same as what others believe. Two people can look at the same thing, but will have different beliefs about it, and they’re both right, all while thinking the other is wrong.

We all fall into the trap of believing that our beliefs are always right, while anyone who thinks otherwise, that if they have different beliefs, they’re wrong.

Some Beliefs Are Shared
Some are shared experiences, such as we all believe that gravity causes objects to fall, and everyone knows this. These are the adopted basic beliefs which are incontrovertible external facts, and shared by the whole of humanity.

But the majority of beliefs aren’t as clearly defined. This about ourselves or the world that we live in. This includes who we are, what’s good or bad for us, how we should react, who to trust, who likes us.

These beliefs are shared by smaller groups of people, such as our friends, family, cultural groups, or our social media friends.

How Beliefs Are Formed
Beliefs are formed throughout our lives, during childhood, by copying others we respect, the results of repetitive occurrences, or emotional traumatic events.

You can also pick up beliefs from the environment or culture. You’ll carry these beliefs for your entire life, while some beliefs about certain things can alter several times during your life.

Beliefs Are Not Values
It’s important to realize that beliefs aren’t values. Values are fundamental statements regarding what’s important to you, which often underpins your beliefs.

What values can do is support your beliefs, although you can also hold beliefs which conflicts with your values. Getting beliefs and values aligned becomes important if you want to be successful.

While you have plenty of values, what most have are thousands of beliefs regarding every subject under the sun.

What Beliefs Do
Beliefs are the camera lens on how we look at the world. They can fundamentally distort, reshape, or refocus, based on how the information that runs through our senses changes, which then creates the true vision we have on the world.

Beliefs strongly effects our behavior. Once we believe that we should do or think something, then we’ll usually end up doing or thinking it.

Beliefs strongly influences both what we learn and do from our environment. It becomes difficult to learn something or do anything that we believe, is going to be bad or unpleasant for us.

Believe You Can Or Can’t
Beliefs shape our view of the world while also controlling the way we react. If you believe someone doesn’t like you, you’re not going to react to them the same way that you would, towards someone who you know likes you.

Realize your belief can be completely mistaken, as that person may actually like you. But since your belief is they don’t, you continue to react in the same hostile way, all while their opinion of you turns negative.

Positive belief can be a powerful influence. In the medical community, the “placebo effect” is a common practice. This is when non-effective medication is given instead of a real one, and based solely on belief, the placebo administered is just as effective as the real drug.

Beware Of Limiting Beliefs
We’ve seen that certain beliefs are able to shape our world, this by affecting the way that we perceive it, and the way that we react to it. We’ve seen how powerful they can be. You can also use this to your advantage.

Positive beliefs which supports your goals and values, will produce positive results for you. However, through no fault of your own, what you’ve also acquired are some limiting beliefs during your childhood.

Limiting beliefs usually begins with you saying to yourself “I can’t.” They may of even been true, or may still be true at some point in your life. The danger is that you’re likely to automatically apply these beliefs for the rest of your life, jeopardizing your future success.

Negative Beliefs
It may be true that today, you don’t know how to do something. Often, the way that this is expressed in your mind is “I can’t do.” Once you say that often enough, it then becomes a belief and as you know, this belief then becomes the truth.

What’s worse are limiting beliefs which aren’t based on the truth, but instead on some belief that’s been instilled into by your friends, parents, your culture, or society.

If you believe that you’re destined to never get rich, that you’re not capable of making money or finding a better job, then the outcome is inevitable.

Know Your Beliefs
Think carefully what your beliefs are, the ones which persistently comes up. Monitor how you interact with others.

Look for those “I can’t” statements. Identify and write them down. Ask yourself how much harm they’re doing. Do you really want them to detriment your chance of success.

Just altering several words can make all the difference. Catch yourself and do this consistently, and it will change your life.