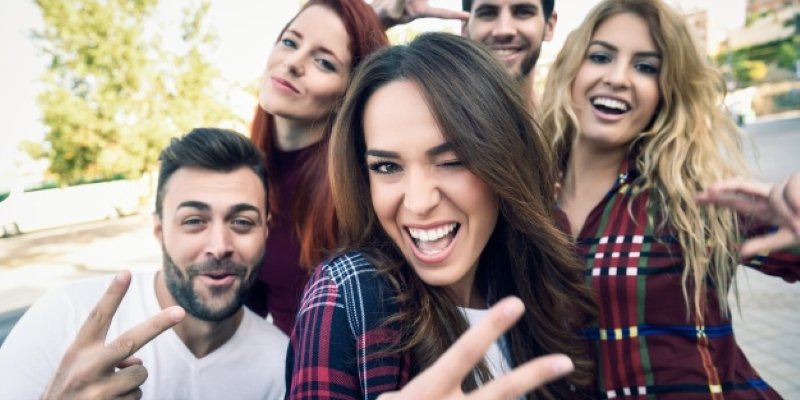 What we all have is this innate desire to become more lovable, popular and successful in our lives, at everything we do. What’s known, is there are certain ways, a protocol of sorts you can follow on how to become more popular, with a bit of polishing.

Then, you can advance to getting more of what you want in life. There are certain universal rules to achieve this popularity, which is the tonic used by those who are successful.

Try to be as pleasantly nice as possible at all times, which polishes your personality.

What having a positive mindset does, is it opens a portal to help attract what you want towards you. Then things will begin to flow your way.

What’s key is to always first be listening. Concisely listen to what others have to say. Pick up on their subtle cues and gestures, when wanting to develop personal and professional relationships.

What most will do however, is develop a habit of just glossing over what they hear, while having selective listening.

They have their own agenda in mind, as they’re too busy thinking, or holding their breath waiting for you to stop talking. They’re planning what they’re going to say next.

Unlike most, what you should be doing is intently listening to others, with empathy. Pick up on their tone and read the clues behind their words.

As a result, they will like and want to help you somehow, as they appreciate you heard what they’ve said.

Whenever you want something from someone, instead of confronting, then demanding or asking them for something, find out how you can help them out first.

Start by asking them want they want, if they need anything, and if you can, provide it.

Begin by sincerely asking, “Is there anything that you need?”

Since most just want to help themselves first, once you want to help someone somehow and be genuine about it, you’ll stand out.

But don’t be too obvious, overbearing or too eager, as that becomes too annoying, meaning you’re up to something.

Those you help out, are then obligated to return the favor somehow, in any way they can.

So begin by helping out others first, without expecting anything back in return, and eventually you should be rewarded.

What some business professionals such as CEO’s display, is a difficult time being authentic, transparent, and connecting with people. They put up a human shield, especially at their workplace.

What their ego dictates, is they should never show their vulnerability, especially towards those they don’t know or rule over.

Many are also unsure how much of themselves they should be disclosing, online or at the office, or those they’ve just met.

Although opening yourself up may initially be difficult, what displaying personality and vulnerability does, is it breeds trust.

Once others feel they can trust you, they’ll begin to warm up and like you more. So begin showing a bit of warm emotion, your sense of humor, and then you’ll be receiving some love.

Never “Sell” But Instead Ask

Listening is important, but eventually you’ll need to “ask” others for what you want. One thing people despise, is being “sold” to, or told what to do.

Whether it’s a product or a service you sell, an idea you have, avoid “selling” anything.

Instead, focus on telling a story. Captivate your audience by painting a picture on what they will gain from this story.

Once you do so, you’ll earn credibility and get what you’re after, sooner.

So refine yourself by telling better stories. Your audience will then want to take part, and will want to become part of the story as well.

Inject Passion Into Everything

What displaying emotion does, is it becomes contagious. The most contagious, being a warm genuine smile.

What being stoic and showing no passion does, is displays you’re a cold unfriendly person, who doesn’t care much about anything.

This gives others the reason why they shouldn’t care either, as you remain not likeable.

If you want to be liked, you need to get more excited and raise your energy level, more than the other person.

If you don’t show positive emotion, you’re telling everyone it’s not really that important to you.

What’s known however is not everyone can generate high energy or is an extrovert, which is needed when spraying happy emotion.

All you need to do, is display you’re a truly passionate person about something, and then be completely genuine about it.

Surprise Or Reward Others

What everyone loves, are rewards and surprises. The anticipation they’ll be getting something, or they’re about to win something. A $10 scratch lottery ticket is living proof.

They’ll then keep those positive dreams alive, even if they don’t actually receive or win anything.

To become more popular, make sure you suddenly surprise or delight someone.

Not only are you making them happy, you’re also reminding them you’re that person, who might surprise them again, sometime soon.

Some examples of surprises include:

• Bring home a bouquet of flowers or a pizza, to your spouse for no reason
• Bring in donuts and muffins for your staff
• Give a customer a discount, or offer them free shipping if they buy today, or
• Randomly email your list and tell them they’ve won a free prize

Once you go out of your way and make an experience special, especially when they’re least expecting it, you’ll reap the rewards over time.

The Two Most Important “Words” In Life And Business

Sorry, remains one of the hardest words say. So make it a point to say sorry often, but don’t overemphasize or make it too obvious.

Say you’re sorry, once you make a mistake, forget something, or if you’re late somewhere.

Also make sure to say “Thank you,” as often as possible, provided it’s appropriate.

These two words are extremely simple to spell, yet extremely difficult for many to express.

Most just overlook the importance of them, as everyone makes mistakes, but refuses to be accountable for them.

The issue isn’t if a mistake is made, it’s admitting you’ve made one, however small it may be. Some are just too embarrassed or too proud to admit they’ve made a mistake.

Even if the error is just partially your fault, apologize anyways.

Learn to say “I’m sorry” often, and allow them to forgive you. This way, you can move on, and you’ll also get what you want.

Sincere gratitude, is an extremely powerful emotion, that opens up a lot of doors.

What saying “I’m Sorry” and “Thank You” does is places you in the good graces of others, that you’re a genuinely likeable person.

Blockchain Is What Will Make The Internet Legitimate