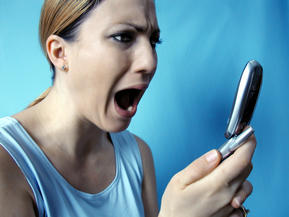 There was a recent survey where web users were asked how they felt about the loading speeds of Website on the internet. Does how quick a website loads affect their patience and ‘staying power’ when visiting a website? Would a slow loading site influence their visitation habits, if they know they have to wait for extended seconds.

The results were direct to the point, at times critical, and sometimes angry when it comes to a website load time performance. This information is extremely critical for web designers and developers to understand how they create and code websites. We are living in an ever increasing ‘instant’ online environment, where users expect lightening quick websites as well as rich functionality, such as ‘no buffer’ streaming audio and video. Speed cannot no longer be considered an afterthought.

Speed Kills… Here Are The Results
Nearly 33% percent of internet users will begin to abandon slow loading sites within one to five seconds.

• 83% percent will go back to a slow performing website just a few times before completely giving up…. Next!
• 41% percent of users said that speed is a lot more important than its functionality for most of the websites that they visit, while only 20% percent ranked better site functionality more important.

Mobile Speed Kills… Even More!
Speed will always be of paramount importance. And speed makes more of a difference when attempting to access a mobile site. Impatience, on the go, and battery life may be the culprits.

• 36% percent of all Internet users are now using a mobile device (smartphone/tablet/netbook) to access the Web.
• More than 52% percent of these mobile users expect sites to load bullet quick. They expect much faster speeds on their mobile devices than on a home based computer.

The survey found that slow load times for websites are still far too common, and most users feel frustrated with these poor performing sites.

Web users who have visited a website, and have not been able to finish their intended tasks.

Really Fast Websites… Really Fast
The results show that when the majority of web users encounter a Web based or mobile site with performance problems, their patience as well as loyalty runs out pretty quickly.

Most website designers and companies fail to realize that it takes just mere nano-seconds for their customers to either stay or leave. In the top of this class are the best Web loading performers such as: Google, Facebook and Yahoo. They should be used as a standard for determining how quick your own site loads.

Most Web users today, because of the technology that’s available, demand a seamless ‘warp speed’ experience while on the Web, and this includes your site. What’s interesting is that the speed of a website is more important to most, then how it functions.

Just a fraction of a second can make the difference between a repeat visitor to your site or a lost prospect. So this makes ultra quick loading landing pages extremely crucial in your design. For example, perhaps a simple text based, almost graphic free landing page is better, so that visitors will stay on your site and start to explore what else you offer. Then you can direct them to the other pages on your site where there’s more functionality, which may require a few more seconds to load.

Mobile Websites Are A Different Animal
Your website on the mobile Web can represent a significant challenge. Typically, any mobile device because of connectivity issues are going to experience longer load times regardless, which instantly puts you at a disadvantage. Mobile users expect web pages to load quicker on their mobile device than at home. So it’s important to understand the mobile mindset when considering designing a mobile site.

This survey also presents the argument that you need to develop a mobile-specific site along with your web based site. Usage of the mobile Web from devices such as smartphones and tablets are on the rise, and it’s not going to slow down any time soon. So your first priority should be to have a mobi site as well.

3 External Reasons For ‘Websites Behaving Badly’
There are 3 main reasons why your website can load slowly. For the most part, they are out of your control.

• Your web visitor has an old antiquated slow computer, or their computer may have been infected by either a: virus, malware or spyware program on their system without they knowing. They may also have the wrong settings on their Internet browser. These reasons will effectively slow down the loading of your website.
• Your web host that’s housing your website may be down or their servers has poor performance or security issues. Make sure you choose a fast reliable web-host provider.
• Your website visitors internet connection may be slow or having connection issues, either at their location or down the pipeline, slowing down internet access for the user.

The iPad Still Rules - Where Are All The Other Tablets