The iPad Still Rules – Where Are All The Other Tablets 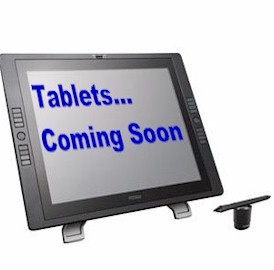 As expected, 2011 should be the year of the tablet, as there are predicted to be over 100 anti-Apple iPad competitors who should be releasing tablet PC computers sometime soon. The recent Consumer Electronics Show (CES), debuted several of these devices, all hoping to bite into the big Apple’s iPad market share.

The tablet market at one time, which seemed to have little to no potential, is proving to be one of the tech market’s largest in recent memory. Apple took the first step, and its competitors have been scrambling to catch up to the industry leader ever since.

Toshiba, RIM and Motorola among others, are all expected to go after the anticipated 65 million consumers in the market to purchase a tablet PC this year alone, which is a significant increase over last year.

Android is expected to make significant progress in the tablet sector with its new 3.0 Honeycomb version, but it’s not expected be ready until early summer 2011.

The first generation iPad seems to be nearing the end of it’s life cycle, and is expected to be replaced by a new and improved device. No date has been released for the iPad 2.0, but it can be as early as the first quarter of 2011.

So where or where is all this promised competition for the Apple iPad tablet? By now, you’d expect to see a handful of real up and coming Linux based super tablets, that would give the iPad a run for its money. When are the big manufacturers going to introduce their new and exciting tabs to compete against the industry leader. Well, everyone is waiting with abated breath and expecting it to happen soon, but it really hasn’t started yet.

Competition For The iPad
Perhaps the closest was when HP’s released it’s Atom powered, Windows 7 based Slate 500 tablet. The price however, is comparable to the already established iPad, so would the buyers in this market be willing to pay extra for the Slate?

The HP Slate comes with an 8.9inch touch screen, as compared to the Apple iPad’s 9.7inch screen. The best feature of the HP may be that it runs on Window’s genuine operating system. The problem facing this however, is that there are just a few Windows 7 apps that are available out there for this pure touchscreen tablet. The availability of apps will however obviously become available should the HP tablet become popular.

The iPad boasts a continuous boatload of apps with more being added daily for practically any use or function. All this, as well Wi-Fi availability for the same price as the HP Slate, makes it hard to beat. Because of this, some are wondering if the HP Slate will face a quicker death than the ill-fated Microsoft’s Kin.

Some will tell you that since the HP Slate tablet has the Windows 7 OS under its hood which drives its engine, it’s going to be a popular item within the business crowd, who traditionally wouldn’t go near an Apple product. But that’s not quite true either as there are thousands of businesses and its peeps who are now engaged, adopting and loving the iPad for business use.

HP should also be introducing a tablet device which will run on the Palm operating system, webOS, sometime in 2011. HP obviously looking for alternate OS systems other than Windows, acquired Palm last year.

The iPad Still Dominates The Market
For anyone who’s paying attention, the Apple iPad’s are flying faster off the shelves than they’ve ever anticipated. Absolutely everyone underestimated how popular they would be. Because of their popularity, it’s squeezing the Netbook out of the market, which was supposed to be the greatest thing since the electric scooter, but it’s now fading away fast.

There was some initial sense that the iPad was going to be big, but only to the dedicated Apple aficionados, but who knew they would sell close to 8 million units in the first two quarters of its existence?

Tablets Are The Next Big Thing… Really!
So suddenly, the tablet market went from being a specialized niche product for small electronic companies attempting to mirror Apple, to being the next big thing. What seems to be happening is that manufactures are scrambling to build one properly. You can see and smell the OEMs puzzled and struggling with the next best design basics to rival and hopefully outsell the iPad.

These manufacturers are puzzled whether the market will buy tablets with say a 7-inch display, or a larger one? Perhaps they will, but maybe not. After the initial indication that the iPad and its tablet platform was going to be a big hit, most experts predicted that the Linus based tablets would also eventually dominate the market.

Everybody Loves Linux
The tablets which are Linux based, expected to run on the Android 2.2 or 2.3 OS, are expected to hit the marketplace soon. But they are finding that this current OS, although excellent for the smaller smartphones, may not be totally suitable for the much bigger tablets. The Android 3.0 which is more suitable for the larger interface, isn’t expected to be ready anytime soon.

So for now, it seems at least for a while, the Apple iPad will still rule. But sometime soon, we should hopefully see the real tablet war starting as anticipated. The Linux and Android combo should be the pair that will eventually give the iPad competition. Unlike the other possibilities as well as the contenders in the tablet market, the Android and Linux communities are already developing a large number of applications, already functional and ready for the tablets. But for now, everyone is sitting on the sidelines and waiting to see what happens next.

How I Lost 106 Pounds - My Weight Loss Story By Sarah

How To Lose Your Website Visitor In Five Seconds Flat