Make it a resolution to become better, to be more bolder and a braver person, rather than remaining petty and angry. Be the best outstanding person that you can become, who stands out and away from the crowd. Decide to raise your hand and be seen, be counted. Stand up and make a difference, be the difference, choose to become more calculated, confident, focused, and courageous, this in every thing that you do, starting right now. 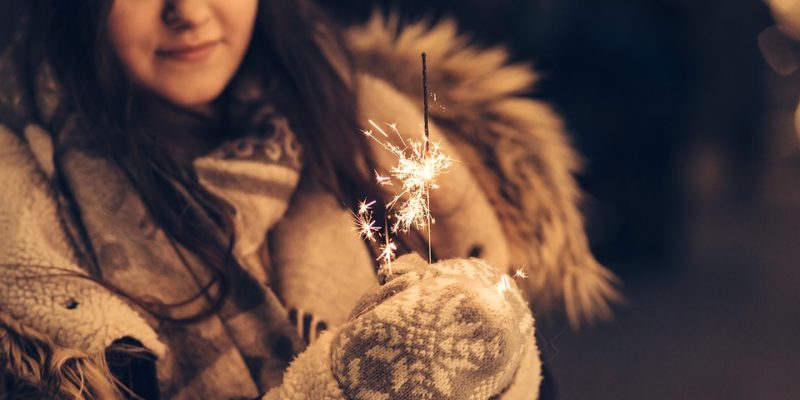 This can most often be a voluntary gesture, this to better or correct ourselves, or improve the world around us, To stick up for those we care about. We can all relate, as what we all strive for is to become better humans.

Those who proactively chooses to be brave, are able to get things done. They’re always making progress, instigating growth, going beyond that threshold of just making a living. They do so, for themselves and everyone who needs them.

But what the human condition dictates, is that we’ll just wait for someone else who’s braver or bolder than us, to take the first step, to lead the way, this in the hopes that they’ll forge a path for them.

So now’s the time to unleash your inner boldness, the leader that’s within you. Begin by thinking and living, by taking progressive action steps, and then witness how the internal force of becoming braver, propels you towards success.

When Silence Is Golden
What brave people are not, are loud and boisterous. But once there’s something to say, they’ll speak up. What’s more important, is when and how they say it.

Becoming brave doesn’t mean being a bully or annoyingly egotistical. Brave leaders lead with tact and empathy, this because it’s their nature of what they say, is what carries weight and influence.

Leaders know that at times, silence can be the greatest statement they can make, so they’ll use it judiciously. They know action speaks louder than words, so they’ll just say what needs to be said, knowing that silence carries tremendous weight.

Know Your Strengths
Know what you’re good at, but what’s just as important is knowing your flaws. There’s a difference between being brave and being careless. What brave leaders have, is a strong sense of self-awareness. They know when to take action, and when they’re out of their element.

They’ll minimize their risk, by reassessing themselves while outsourcing to others to accommodate for their weaknesses. So to become brave, be more self-aware of yourself. Engage with others who can complement your strengths, while compensating for your weaknesses.

Combine Action With Knowledge
Brave leaders will always take action, take the next step, yet they’re not considered reckless. They’ll apply action once they do their due diligence, and completely understand the situation.

What brave leaders will do, is make sure that their actions lead towards success. So they’ll investigate before taking charge, before going into battle.

So improve your odds of success by doing your homework. Learn and educate yourself first, as doing so will increase the chances of winning.

Keep Your Priorities Straight
Those who constantly jumps into doing things without a plan, isn’t being brave, they’re being foolish. Brave people know exactly what their objectives are, and will prioritize them precisely.

Then they can move forward, as they can recognize the right opportunities once they come along. Know what you need to accomplish, which will move you towards your goal. Avoid distracting activities, that won’t help you or your task at hand.

Build Momentum
Those who are brave, recognizes that being successful just once, isn’t enough to sustain or imprint their leadership. So what they’ll do, is work towards developing a series of “wins,” which will help them and others generate power and confidence.

They know when to activate their energy, to drive forward, and when to allow the momentum that they’ve generated, to automatically propel itself forward towards efficiently.

So what you need, is to craft your own plan, so that each action you take, builds momentum while taking advantage of the previous success.

Make sure that you generate momentum, by taking advantage of any and all of your smaller wins, which garners you respect and attention. Activate and cultivate all of your relationships, and always be building buzz.

Validate All Of Your Wins
What the majority of people will do, is sit and wait for the right or perfect opportunity to come along, this before they’re willing to step up and take some form of action.

Usually, most often, that “right” opportunity never presents itself. What brave people understand, is that most situations are rarely perfect from the beginning, they need tweaking.

What they’ll do is make the most of any given situation, that can lead to success, even if it’s a small one. Cumulatively, what these small consistent wins can lead to, are bigger wins.

So begin by winning all of your smaller battles, the one’s which you know you can win. Develop a plan, and then take action. What winning builds is confidence, as well as improving your reputation.

Learning From Failure
No one’s comfortable with or enjoys failing. What the brave leaders understand, is that the bigger the reward, the greater the risk that they need to take.

They also know how to mitigate catastrophic risks, while protecting themselves and their team. Brave leaders know how to manage risk, to their advantage. They’ll harness the energy and the adrenaline, ensuring that they can learn from every failure.

So make failure an expected and an acceptable part of the process. Make sure that you know how to analyze, assess, and then limit the mistakes, so that any misstep which occurs is kept at a minimum. Then learn, reboot, and try again.