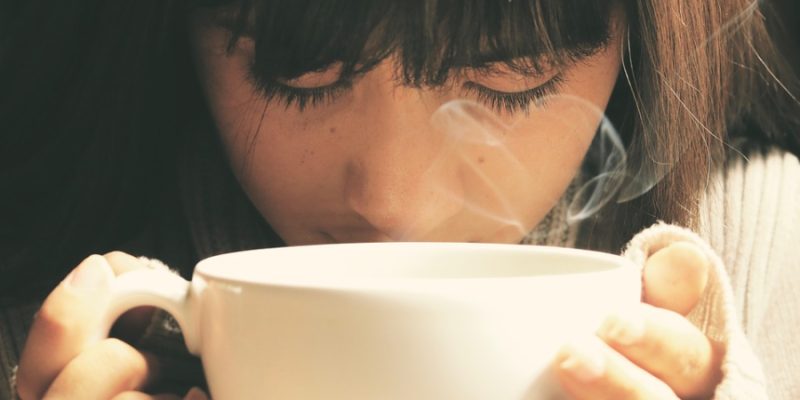 You’ve worked hard your entire life, perhaps got a few breaks, yet slaved hard to the bone, sacrificing your life for the almighty dollar. You’ve reached the pinnacle of your chosen profession, or struck it out on your own to forge a path as an entrepreneur.

Yet despite all of the success you’ve realized in your work, why is it then, you feel like you don’t deserve your accomplishments.

That you feel like an imposter, a phony. This is a phenomenon that’s all too common, and very real.

There are highly motivated accomplished ultra-successful people, who feel they’re inadequate in life, which is not healthy.

Successful But Not Feeling Successful

They forge ahead boldly however, even though their doubts persists, while the data suggests otherwise.

This feeling is constantly experienced by most professionals, which is the feeling of chronic and continuous self doubt.

Feelings that they don’t deserve what they’ve achieved in life, the monetary reward. They feel this empty hollow chamber inside them.

The telltale signs of this, where one feels like they’re an impostor, has actually been defined.

It’s revealed as an internal disconnect that exists between what their personal perceived performance, and what their actual performance is.

Why Do I Feel Phony

Those who feel they don’t deserve what they’ve achieved, usually has an outstanding track record of performance and success.

This can include things such as above average grades in school, while successfully attending post secondary education in their chosen field.

Yet, some feel they’ve reached their status in life by faking it. And at any moment, their bubble could burst, and they’re going to be exposed as a fraud.

One characteristic of this belief, is although these individuals seek out and crave acknowledgement and praise for their accomplishments. They also cringe as they don’t feel comfortable receiving it.

What all this recognition does is makes them feel anxious, because they secretly feel embarrassed to receive all the acclaim.

After all, they’re just faking it through life, unlike everyone else successful who appears to know exactly what they’re doing.

Those Who Suffer From This Syndrome

If you suffer from this, don’t feel alone. It’s estimated over one half of the most successful people in the world, has experienced varying degrees of this feeling, at one time or another in their lives.

Also feel comfort those who are extremely high achievers in life and in business, are the ones who usually suffers from this. This is what’s often referred to as the impostor syndrome.

Both men and women experience this, the only difference being, they respond to it differently.

Women experience higher degrees of anxiety, although they’ve worked and competed just as hard to prove themselves, as their male counterparts.

Men who experience this, will avoid situations where their weaknesses could potentially be exposed. Their motivation, is to always appear as strong and cocksure as possible.

They do so by pursuing the activities and situations, which will only showcase their strengths.

The feeling of inferiority, the “I don’t deserve this” syndrome, exists for a variety of reasons.

When they were young for instance, there may have been extreme over protection or an extreme lack of attention, when it came to paternal care, leading to this development.

Another reason, may of been having friends or siblings that were non-supportive.

This led to the belief they weren’t like that much, making them feel like a failure, this for both men and women. What the lack of friends can do, is drain their confidence.

Feeling like an impostor for some, is considered just a rite of passage when it comes to building ones career.

As individuals move up the chain of command in their profession, they become more skilled at their work.

Once doing so, you’d think their self-doubts would dissipate. After all, they must somewhat know what they’re doing, or otherwise they wouldn’t get promoted.

But it’s found the opposite is true. Once someone progress through their career, and becomes more knowledgeable, they’re also given bigger responsibility.

With bigger responsibility, comes the increased chance of failure, which adds more pressure.

When new at a job and mistakes are made, they’re usually not that drastic or are easily fixable.

But once becoming an executive, mistakes are magnified as it can potentially cost ones job, or the company could lose profits.

So it’s no wonder why some CEO’s have huge egos or become narcissistic. They want to silence their persistent inner voice of self-doubt they constantly hear, by putting up a big front.

The Best Ways To Combat The Imposter Syndrome

There’s no real consensus on how to cure the impostor syndrome. There are however a wide range of useful advice that’s given on the topic.

It appears there are several habits one can adopt, to overcome these feelings.

Acknowledge Your Own Success

Those who suffers from this syndrome, never internalizes their success, pat themselves on the back. They attribute it to either luck or receiving help from others.

So realize your success and accomplishments are yours, regardless of how “lucky” you were, or how much help you got. Always make sure you thank others, but also take some credit as well, as you deserve the praise.

Dealing With The Feelings

The fear of success or failure, the fear of being exposed as a fraud, are all unpleasant feelings. Learn to tame down and moderate these anxious feelings, which should hopefully motivate you.

Accept that everyone, regardless of how successful they appear, all experience bouts of self-doubt. It’s just part of becoming successful and being human. There’s nothing unusual about feeling inadequate.

Controlling Your Own Thoughts

These feelings thrive, because of self-doubt and criticism. The more fault you place on yourself or your performance, the more you think you’re unworthy.

Our brains are wired to just remember the negative things that happens in our lives, rather than all the positive wins, which is just a part of our evolution.

The reason being, negative experiences usually have more severe consequences, or at times even life threatening outcomes, than what the positive ones do.

How To Refine Conversation In The Company Of People