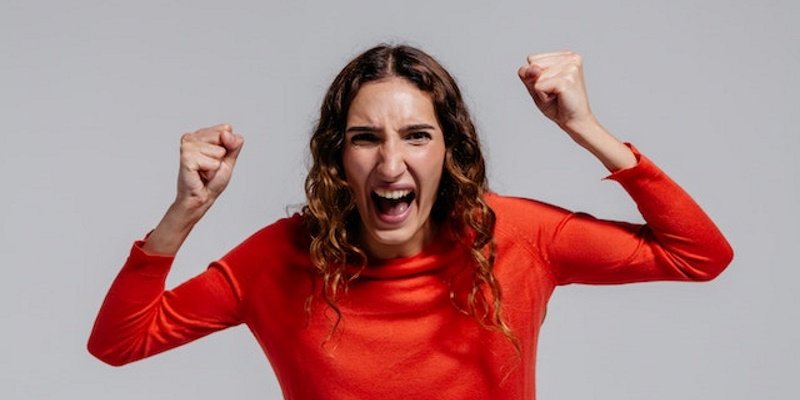 You may not know it, but you have a controlling behavior which is most likely unintentional, and most likely don’t realize how annoying it is. You have a need to always be right, be in control at all times, which makes your spouse, friends and family, shudder in your presence.

The majority of control freak don’t even realize they are one, to the disappointment of those close to them.

You genuinely think you’re helping others with your tiresome behavior, dishing out sharp criticism, thinking it’s constructive and will help others.

Control freaks will suddenly attempt to take over tasks themselves, because they think no one else other than themselves can do it properly, isolating themselves while working to exhaustion.

They don’t view their controlling behavior as a flaw, while they’re continuously raising the stress and anxiety levels of everyone around them, including themselves.

Being a control freak can be considered a personality disorder since there’s a myriad of irrational thoughts and behaviors, which are thrown around in each and every situation of their life.

They succumb to mild panic attacks which are activated under different situations such as:

• If I don’t get this project completed, I’ll lose the client or I’ll get fired
• If I don’t cook the perfect nutritious meal every night, my kids will get fat
• I’m an awful parent because I’m 12 minutes late picking up Johnny from soccer practice

Although all of these thoughts and actions are accurate, the ultimate reaction and outcome most likely isn’t.

So rather than attempting to get these irrational thinking patterns right, or thinking more realistically, what you do instead is attempt to control the situation, which usually results in trying to control others.

Signs That You May Be A Control Freak
What needs to be investigated are the traits and behavior patterns which are displayed by a control freak. Listed are some signs which allows you to self diagnose, and then hopefully correct yourself.

• Micro Management – If you’re somewhat in a position of authority, such as a parent or a manager, you’ll constantly micromanage others so they’ll fit into your expectations which may often be unrealistic. You believe in perfection and think that everyone else should as well

• The Judgement Of Others – You instantly judge others and their behavior and will tell them if their right or wrong. You’ll then display passive aggressive tenancies towards them, such as withholding attention or information until they behave up to your expectations. Being silent is also used as a manipulative form of control

• Trying To Change Others – You think that if someone changes one or two traits about themselves, then they as well as you would be happier. You genuinely think that you’re helping, doing them a favor, by they changing a certain behavior which bothers you, and you point it out to them, this usually more than once

• Dishing Out Constructive Criticism – When you offer constructive criticism, you think that you’re helping that person to improve themselves, but it’s more often a veiled attempt to somehow advance your own purpose or agenda, such as making yourself feel better

• You Change Yourself – You slightly alter and adapt your personality so that someone will see things your way, which may be manipulative and to your advantage. Instead of being yourself, you’ll attempt to influence others by somehow altering their impression of you

• Fear Mongering – You constantly present the worst case scenario as a method of somehow influencing someone away from how they would normally behave towards themselves or others. You may also have a difficult time with ambiguity, and are not always comfortable when you don’t know something

• Interrupting And Then Correcting – You have a habit of constantly interrupting others, intervening, or finishing off their questions or thoughts on their behalf. You actually think that you’re helping them by you attempting to dismissing or explaining their behavior for them. You’ll answer questions which weren’t even directed to you

Changing Your Own Behavior
You believe that you’re doing the right thing when you attempt to change someone’s behavior, which you may find undesirable.

Then you think that person will be much happier and much more fulfilled. What you’re actually doing instead is allowing someone else to dictate how you feel.

What you need to realize is that you’re only responsible for yourself, and your own welfare. The road to developing better relationships always begins with your own behavior, rather than always attempting to control others.

Steps To Begin Building A Better You
• Show your vulnerability to others on certain occasions
• Embrace any confrontations head on, as at times that’s all you can do
• Be as realistic as you can about your expectations of others, as everyone has their own faults and blemishes
• Don’t compromise your own self-respect by altering your personality or core beliefs
• Stop being passive-aggressive and be as direct as you can
• Take responsibility just for your own actions and happiness
• Know that the majority of life is still “unknown” and accept it

You need to decide that you’ll focus on yourself to try to improve your own faults, rather than constantly attempting to try fixing or controlling others, you’ll then be better off this way.

This will then develop healthier relationships with others at work and at home, as well as everyone else who you come in contact with. You will then begin to draw them towards you, and you’ll be able to influence them.

Why We Fall Victim To The Same Scams And Marketing Tactics