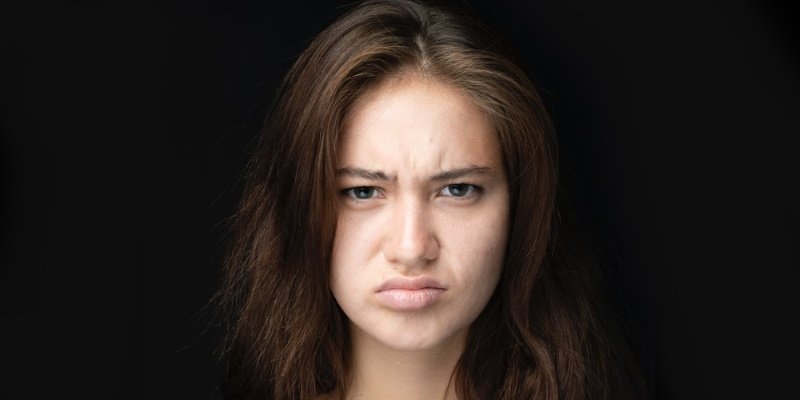 What we’re told is to be pleasant at all times, be nice, but usually more often than not we don’t feel like it. So we come across as grumpy and negative. But since most of us are now on public display because of social media, we all pretend we’re happy and positive at all times.

Feeling negative is also thought to be a sign of weakness or inadequacy, that it’s some type of personality disorder.

So we’re forced to internalize our emotions, mask ourselves if we feel miserable, which can compound and potentially create deeper issues.

These negative feelings make us feel like crawling back into bed, accusing the universe it’s conspiring against us.

It’s found however having negative emotions can be more beneficial than most think. Feeling bad, such as pessimism, sadness, jealousy, anger, guilt, anxiety, can be advantageous.

Feeling sad but not depressed, forces us to pay more attention to the details of our defeat, forcing extended information processing.

By becoming more detail oriented our memory improves, we judge others better, be more attentive to making changes in our life.

Most think those who are optimistic always outperforms their pessimistic counterparts, because of their confidence and the expectations they have for themselves.

Instead, it’s found those who are pessimistic, performs equally as well.

Pessimists perform well because what negative thinking does is it triggers their anxiety into action.

What’s imagined is the worst case scenario which prepares them for anything, while getting them ready for action.

Guilt is that nagging feeling once you think you did something wrong, even if you didn’t.

These are the moral standards we set for ourselves, controlling our levels of social sensitivity and our need to be responsible.

It’s known those who are prone to feel guilty more often than not, are less likely to do bad things such as stealing, drinking and driving, overeating, or assaulting someone.

Guilt is our brains reaction once we commit something wrong.

If you feel guilt for a moment or it lingers thinking you did something wrong, means you have high moral standards.

Once challenged, what we all face is the “fight or flight” response, giving us the option to confront or escape the perceived danger.

How we decide to react, is based on our level of anxiety. The fight or flight response is automatic, where our body will metabolize energy.

Doing so alters the nervous system forcing the heart to beat faster, forcing more blood into our brains and muscles, to react to the situation at hand.

Once a situations arises, anxiety will often overrule any positive thinking.

Anxiety helps finding solutions to the potential conflict sooner, such as avoiding danger.

When anxious, what you’ll do is instantly react to any pressing situation sooner and more accurately.

Mind cramps occur when we’re attempting to complete a task that’s important, and then suddenly forget what we were doing. This occurs far too often for many.

Our brains become distracted because of unresolved issues while making future plans. Ideas we’ve never thought of then begins to form in our heads.

Once we have a brain cramp, they’re also often kept private and personal, which is why they’re unnoticed by others, while we look confused.

What we have are those “aha” moments, where we experience a burst of insight, brilliance, or creativity, regarding a problem that we’re having when we least expect it.

These bursts of insights can occur at any time, such as when we’re showering, driving, when we’re aimlessly surfing the Internet.

They’ll hit us when we’re not thinking about the issue we’re attempting to resolve.

There’s a strong correlation between getting mad and becoming aggressive, which can turn potentially violent.

Getting aggressive from anger occurs around 10% percent of the time, while aggression can occur without getting angry.

What anger does is it motivates a more active approach towards the situation by addressing what instigated the anger. Doing so becomes beneficial to help solve the problem quicker.

It’s found positive outcomes can arise from anger, such as fixing issues in relationships immediately, while fostering a greater understanding of what the conflict is.

Although assertive expression is preferred over angry expression. Anger serves an important alerting function which can lead us towards deeper understanding of the problem, or the other person.

It the anger is unexpressed, or if the anger isn’t used constructively can morph into the unwanted expressions of the emotion.

Any anger that’s internalized and not expressed can cause health issues and difficulties to communicate.

If you put two complete strangers in a room together, what they’ll instinctively do is begin sizing each other up.

What’s assessed is deciding who’s better looking, smarter, or stronger. One can also become jealous of the other.

It’s known when it comes to jealousy, what we attempt is to make things equal by tearing someone down.

Or alternately, we’ll become benign and positive, thinking if someone else can achieve something, then so can I.

The latter is more beneficial. It’s found students showing benign envy will out perform their peers in school.

If someone else has accomplished a goal they’d like to accomplish themselves, it motivates them that much more, forcing them to work harder.

8 Signs You Have A Weakened Immune System