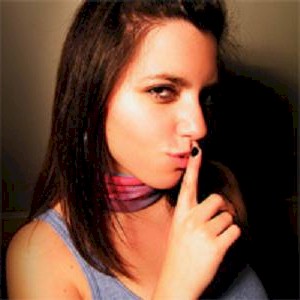 There are some relationships which are more transparent than others. Some couples choose to reveal the bare honest truth at all times. There are others, perhaps the majority, where it becomes common to deceive their partners somehow, and it’s mutual.

Everyone, especially when originating a relationship, trust issues will arise, and as a protection measure, to not get hurt, women may become deceptive to guard their feelings. Establishing trust is an emotion which needs to be formulated right from the beginning.

What can’t be avoided is anyone telling little ‘‘white lies,” this more for the benefit of the other person, this usually to make them feel better.

Some women will be deceptive because, as caring creatures, what they want is to pacify the feelings of who they’re dating, as their intentions are usually good.

This especially at the beginning of a relationship, as both eases into the nuances of each other. Anything that they don’t like, they think there’s a reason or story behind it. They also know it needs to change.

So if there’s something she doesn’t like but can tolerate, don’t get too enthusiastic, as she’ll begin to slowly carve you towards how she likes things.

No You’re Right
Every time that you’re arguing with you’re lady, and if it ends up by she telling you that you’re right, that she surrenders to your thinking, never feel that proud of yourself.

Take this more of a precaution, realize that she’ll eventually strike back. She’s agreeing with you just so you’ll hopefully shut up, especially when she doesn’t think that you’re right.

She knows that after a while, that you’ll eventually see it her way, that she is right, and will persist until you think that way.

No Nothing Is Wrong
This is a common reaction “No, I’m fine,” this once you get the silent treatment, and ask if anything’s wrong. This because she’s obviously upset, acting aloof and uptight.

So you ask her again in your best George Clooney voice, “Honey, what’s wrong?” She says that everything is fine.

I Love Sports… Really
She joyfully cooks you some buffalo wings and nachos, as she plunks herself down to watch the festival that is football every Sunday. The odds are good she hates watching sports. “What’s a first down?”

She does so just to prove that she’s different, this especially when first dating, that she has diverse interests.

Unless she grew up in a household with 8 brothers who were all quarterbacks, she most likely doesn’t understand football other than liking men wearing tights.

So you might be thinking that you’ve found the perfect girl, but realize this is most likely temporary, and she’s becoming progressively angry every time you sit down to watch a game.

I Love Spending Time With Your Friends
At the beginning, the discovery stage, this is fine, as she’s finding out who you are through the people you hang out with. But eventually, not so much.

Even if they’re lifelong friends, she wants you to spend more time with her. She might eventually begin to hint you see them less, all while she remains friendly to them.

Love Your Dysfunctional Family
She tells you she loves spending time with your family, the real truth, no not really. What she doesn’t enjoy is everyone judging and silently criticizing her, they taking a poll on how long the relationship will last.

You spend time with each others family when necessary, but it’s no picnic. What’s not comfortable is the glaring silence, as even the dog is growling at you.

It Doesn’t Matter How Rich You Are
You have so much potential that your bank balance doesn’t matter. We all know this is definitely a big lie unless she’s part of a cult, believe in free love, and drives a VW van.

Women are materialistic, and the first item on their wishlist is a financially stable and independent man, a guy who can assure her a stable future once she starts having babies.

Sure Look At Other Women
It doesn’t bother her, you find this too good to be true. Even if she says that she’s perfectly fine that you want to hit the strip club with the boys, she’s definitely upset.

It’s the feeling of being second best that women despise, but will go along with it, just to not make themselves appear pathetic, jealous, or needy. So if you do decide to go, then expect the silent treatment until next Sunday.

You’re The Best I’ve Had In Bed
If she ever chooses to talk about this without you asking her, take it with a grain of salt. If she compliments you about your experience, she’s just protecting herself.

She wants to appear pure, and you’re the first real man she’s had. So think how hot she is, and how much of a nerd you are, and don’t believe her for an instance.

“Don’t worry it’s okay. It happens to everyone, we’re all human.” She won’t show you how upset and disappointed she is if you fail to perform, while thinking you’re a loser.

What we live in is a world of deception and half-truths, this especially when it comes to modern day relationships, where one is unconditionally expected to live, sleep, eat, and reveal all to each other.

The Key To Happiness Is Allowing All Life Situations To Develop