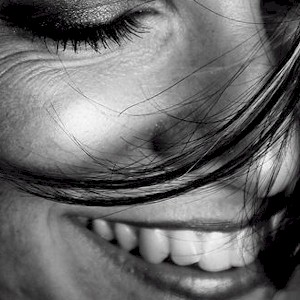 They proclaim that there is a fountain of youth, really, and that there are ways on how too can feel more vibrant and chipper once you grow older.

You could do it, you can pump up your stamina, look and feel younger, get rid of those saggy wrinkles, and it’s easier than you think.

Those are the words which are continuously being streamed by the countless health gurus and medical experts who are pushing their latest and greatest miracle “look younger” solution.

But the clinical experts claim they know the true secret, the very passage which is a lot less expensive, the very secret on how anyone could live a longer life.

It’s the one solution which they claim is continuously overlooked when it comes to the latest advice that’s given from the highest of the best regarded health gurus.

The Best Indicators Of Better Youth
There’s been songs written about it, perhaps the most prominent clue being “All You Need is Love,” yes, it’s that simple. Research is suggesting that extending and receiving genuine love and empathy may be the most important predictor of living a longer life.

It’s not just the measurable strength of our relationships conducted by our family and friends which predicts longevity, but more of the attitude which we happen to engage in these relationships, which prolongs a longer richer and healthier life.

While many may think that all they need is finding someone who’ll love them for better or worse, there’s studies which supports that the best benefits for longevity is by receiving and extending unconditional love towards others.

This study based on the elderly proved that those who were actively engaged in helping others, supporting them, usually ended up living longer happier lives.

Then There Are The Grumpy
This however wasn’t the case for those who were always at the receiving end of getting this support and extended care. Those who constantly received more than they gave.

One study showed that something simple as just volunteering one’s time to a good cause usually predicted a longer more happier fulfilling life.

The most potent type of volunteerism was found to be the acts which were for completely selfless reasons, garnering satisfaction. Once someone is sincerely wanting to help others, the benefits of longevity are soon guaranteed to follow.

Another test involved the task of generating love as well as benevolence towards others. Those who actively practiced generating love and not anger on a regular basis, have shown to reduce cellular aging.

So there’s no need for those expensive magical face creams, when this type of simple “empathy” meditation may do the same trick.

So Does Love Really Pump Up Our Health
It’s been suggested that connecting with others extends one’s longevity by we enjoying better physical and mental health, even showing signs of speeding up recovery from illness and disease.

One way that love boosts our health is by it protecting us from thoughts of negative issues, such as stress and depression, while promoting healthier positive feelings.

Those negative emotions, have all been linked to causing physical problems such as advancing cardiovascular disease.

So the more social connections that we have which are linked to positive emotions, will also contribute towards better health benefits such as enhanced immune function.

At the cellular level, our health along with well-being has proven to thrive a lot better when the social context is positive.

Becoming A Social Butterfly Not Required
There’s also no need for you to suddenly become an extrovert, broadcasting out your need for love and availability while standing on a soapbox.

Since the majority of the population considers themselves to be more subtle, the studies show that our own subjective sense of connection, including love and compassion, suffices in protecting our health and our well-being.

This just by generating some type of compassion, this by volunteering and then serving in a way which suits your personality and time, can help you in being happier and healthier as a result.

Giving All Your Love
The latest clinical study which was revealing showed that there were close to 27% percent of the elderly who admitted they had absolutely no one who they could confide in for support.

So what this revealed was that one out of every four of the aging population had no one who they could turn to and call a friend, or had any close family members to support them when in need.

This lack and decline in social connectedness explains the increase in isolation, loneliness, and the alienation of those who once even led prosperous married lives with children.

For one reason or another, they were left alone to fend on their own. Studies have shown that one being alone is the leading reason why they’ll seek psychological counseling or face early death.

So if you’re able, this alone should motivate you to be kinder to others, even strangers that you meet by just extending a bit of cheer and warmth whenever you can.

It can result in a win-win situation for everyone as the benefits of giving your love, your support, and compassion to the elderly can travel a long way. As they say, karma is a beach.