Karma: A Modern Day Definition From Its Root Origins
Skip to content 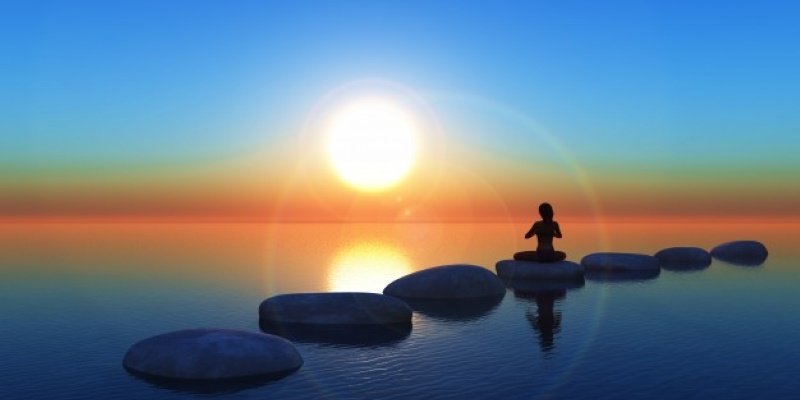 For some, karma has become an exercise and excuse to not do something. To not perform an act that may be detrimental as it may haunt them later, becoming a curse. While for others, it’s become a mainstream belief based solely on complete conjecture.

There are those who are struggling in life, suffering from bad health or financial difficulty, who’ll blame or pinpoint it to some type of karmic retribution.

This because of some bad past deed did or gone wrong, this in either their current life or even a past one. So now, they’re paying the price.

Karma is viewed as an organic internal judicial system where if “it’s” going to happen to them, and if they deserve it, they’re fated to receive the due judgment.

A punishment or reward based solely on some past act, which they may have once committed.

The Traditional Meaning Of Karma

The ancient historic definition of karma is based on intention. Extracted from past beliefs, karma is all about the nature of our true intentions, on acts we do at this precise moment in our lives.

To better understand this meaning, it’s believed for every action we take, the motivation always has two distinct components.

• The first being our “bare behavior” of actually doing the act, and,
• Secondly, what our intentions are behind that behavior

The definition of “bare behavior” in this sense includes any physical movement, what we say, or what our thoughts are.

What forms our character isn’t the action of the bare behavior itself, but rather our intention in performing that action.

For instance, when you participate in a physical action such as waving a wooden stick, the “bare behavior” is the actual waving of that stick.

But the true intention of what’s behind that action could be:

• Waving a wooden spoon to bake a cake, which is a good intention, or
• It could be waving a stick, in this case a baseball bat, and clubbing it over someones head, this out of sheer anger, for no apparent reason

The second act is a “bad” intention.

• kindness or anger
• compassion or cruelty
• generosity or greed

The intentions based on kindness, compassion, or generosity, are all non-harmful and usually positive actions which can relieve suffering.

The intention of baking fresh chocolate chip cookies is one of good-will, displaying the kindness and generosity intentions.

The other actions, however, which are anger, cruelty, and greed, are all intentions which can cause or be harmful to someone.

The intention of clubbing someone over the head with a baseball bat in anger, just to steal from them are intentions of anger and greed.

The same physical act of waving that stick around can also be applied to speech.

If you yell at someone. “Stop! Don’t move!” what that’s doing is displaying your “bare behavior.”

The intention could be based on complete good-will, such as attempting to stop someone from stepping off a curb and getting hit by a car.

Or the intention could be completely ill-willed, yelling. “Stop, Don’t move!” while holding a gun to someone’s back so you can rob them.

This also applies to your thoughts and what you think as well.

If you see someone who appears to be homeless on a cold wintry evening, that’s the “bare behavior.”

Intention Is What Designs Character

This definition of karma can help in our development, as caring individuals.

Once we decide to act on our non-harmful intentions, what we’re doing is predisposing and conditioning ourselves to act that same way again.

So once we plant that behavioral seed, it eventually becomes a habit.

On the other hand, if we constantly act out our actions towards harmful intentions, we also predispose ourselves to act the same way in the future.

Then it makes it a lot more likely to repeat the same harmful behavior, over and over again.

It Then Becomes Inclination

For instance, every time our intention happens to be ill-willed, our future inclination to respond the same way, with ill-will, will most likely be repeated.

What happens is we become conditioned to that mindset.

So we’ll more than likely act out in the same “bad” behavior again in the future.

Conversely, each time our intention is for the greater good, to be kind. Our inclination will be to respond in the future with the same kindness, which is further strengthened.

What we’ve then decided is to condition ourselves to be kind, and as a result, we’ll more that likely be kind in our next similar bare behavior action.

The same applies to the other intentions as well.

A Sense Of Good And Bad

Once we form this character, in turn, it begins to project a positive aura of us which illuminates towards the world and everything around us.

How many times have you seen a complete stranger and instantly knew they were kind. Or you see an image of a criminal, and knew he was “bad” without reading the headline.

The reverse is also true.

Once we decide to turn our actions towards anger, greed, or cruelty, all we see is the bad or skepticism in people around us.

The key to developing our inclination, hopefully for intentions based on good will, is to determine whether our actions stand out. This includes what we say.

Ask yourself, is what you’re going to say next promote further suffering towards others or to yourself, or does it ease things.

Practicing the art of mindfulness helps, since it makes us a lot more aware of our tendencies when we react.

Then, instead of just reacting on impulse or out of habit, we can instead be able to examine our exact intentions before we decide to take that action.

It’s entirely possible we can change ourselves regardless of how deep our habits have become.

As Buddha has said: “When intending, what one does is karma…”

Thus, when we intend to not cause harm towards others, we then “do” karma.

This means that we’re kind, or are becoming kind, generous and compassionate, and vice-versa.

What Education Fails To Teach Is How To Acquire Wealth