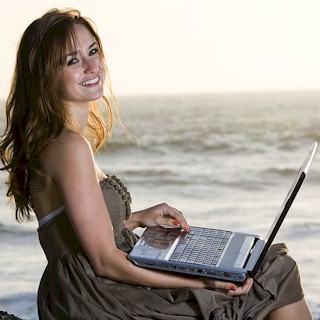 One of the most awkward moments in anyone’s life remains, whether young or old, to meet someone special, hopefully “the one.” The breaking the ice process, once meeting someone new, remains nerve wracking. Nothing increases the heart rate more, as the breathing becomes shallow, is asking someone out for a date.

Then there’s nothing more frightful, than actually going on that “first date.” If you’re currently single and hoping not to be, the anguishing process of meeting someone where you share similar interests, have chemistry with, remains primitive, this during the process of finding love.

Technology has reduced this terror, to filling out a detailed questionnaire, revealing and then submitting the information to a database, which contains similar information from other singles in your area, hopefully accurate.

An algorithm then determines how well of a match you are with someone, this when it comes to your personality, and what you’re looking for in a potential partner. Once there’s a “match” with another person, then all you need is to arrange a date, and hopefully there’s chemistry.

Online Dating Compatibility
This scenario sounds familiar for many, the love seeker, looking for a quick solution. What every online dating site does, is provides some version of this matchmaking process.

Those seeking relationships, will do is disclose insight into their personalities, proving they’re not a cat lady or a serial killer.

People are then matched together, this based on the self-reported data that they provided, including the traits they seek in a partner.

But We’re Human
It’s known that the popularity of online dating, isn’t because of its algorithm that statistically determines who’ll be a good match for you, but what it does is just lessens the pain.

What’s known however, is that it’s not a reliable method for predicting love, as the element of actual human chemistry, remains unknown.

Chemistry Test
Volunteers were asked to fill out an online dating questionnaire, listing their personality nuances, along with the traits they’d like to see in a potential partner.

What was then arranged was a “speed dating” scenario, where they actually met face-to-face with their best matches based on the questionnaires, this for four minutes sessions.

What this did was provided feedback regarding how attracted they were, based to what personality type they were looking for.

Fatal-less Attraction
The study tested for initial attraction, but not for repeated encounters. It followed the online dating strategy, of relying on self-assessment to determine personality, and the traits they’d like to see manifest in a potential partner.

The first limitation isn’t necessarily a methodological flaw, as long as there’s a sharp divide between initial attraction, and long-term attraction or romantic love.

The second limitation was more problematic, as we humans are often bad judges, this when it comes to our own personality, along with the traits that we want others to possess.

This second limitation, could have been avoided by using a more refined or sophisticated measure of personality and partner preference, such as relying on third party perspectives from friends, family, or co-workers.

Flaws Of Online Dating
If this computerized approach that’s online dating fails, what’s questioned is whether there are better ways of predicting who may be a good romantic partner. Information regarding personality by itself, won’t guarantee long-term relationship success.

What’s found is that a combination of online matching, along with behavioral modification, such as teaching people how to remain attractive, while remaining attracted to their partners, shows more potential.

It’s found that long-term attraction leading to romantic love, is likely more to happen, once the attributes which generates attraction in general, combined with certain social factors and circumstances which sparks passion, appears to be the solution.

7 Ingredients For Long-term Relationship Success
1. Sharing similar thinking, beliefs and personality traits, having familiarity with one other, which only comes from spending quality time together, living with or near one other, constantly thinking about the other.

2. Satisfying and similar general social norms and acceptance, this when it comes to ones social network. Their friends like him or her, contributes to couples falling in love. If one isn’t accepted by their social peers, this can result in people suddenly “falling” out of love.

3. Fills primal needs, such as the partner fulfilling their need for companionship, love, and mating. Once these are checked off, there’s a greater chance that each will fall in love with one another.

4. It’s found that being in unusual or arousing environments or situations, can do is spark passion, even if the environment happens to be or is perceived as being dangerous or unpredictable.

5. There may be specific physical cues, such as a particular feature, which may spark strong attraction, such as certain body parts or facial features.

6. The more ready that one is, the more they’re willing to be in a long-term relationship. The lower that ones self-esteem is, or how desperate they are, the more likely that they’ll fall in love.

7. There needs to be some degree of mystique that surrounds the other person, such as a certain degree of uncertainty about what the other person’s thinking, feeling, when they make initial contact, which can turn into passion.

My Chemical Romance
What’s obvious, is that there’s a variety of factors, that will determine whether people will connect romantically to each other. They’re usually circumstantial, and not just because of personality.

Although it’s possible for modern technology to determine whether a person is a match, this by relying on an algorithm, but it also depends on ones particular situation.

There’s no algorithm that can provide individuals with the skills that are required to maintain a relationship, that’s healthy, exciting, and everlasting. What this requires is real life interaction in real time, which provides experience.