Once you’re confronted, how confident do you feel when it comes to effectively asserting yourself in certain situations. This includes presenting yourself accurately and effectively at the workplace, during social settings, or at home. This whenever you need to influence your opinion or input, at critical times. 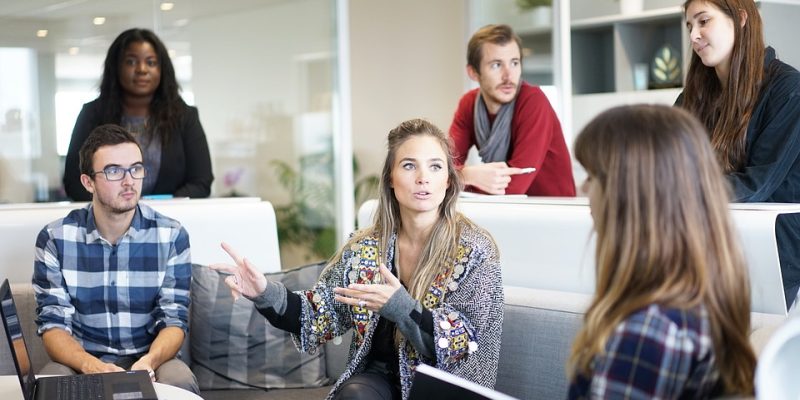 The majority of people when it comes to these types of circumstances, finds it difficult to perform under certain conditions. Instances include giving direction or delegation to others, when assigning orders, or asking for something in their personal lives. Becoming assertive with tact, usually becomes overwhelming.

How most will come across, is they’re too annoying, overbearing, aggressive, instead of being accommodating. It’s believed that you can quickly lose credibility, along with the trust that you may of garnered, the instance that you display signs of unjustified aggression.

To be more assertive, begin by appearing as calm, cool, and collected as possible, while being persistent while staying focused and in control. Make sure that you repeat whatever it is that you want, by listing the reasons why, and then listen for feedback.

Ask them to reconsider or list the implications, of not doing whatever it is that you’re requesting. Never threaten them, begin shouting or become a bully. Make sure that you stick to your guns, while outlining the consequences, and why it’s important that they carry out the act.

Raise Your Expectations
Expect that you’ll be heard, and that they’ll listen to you, then you’ll be amazed at the difference as you’re mentally prepared. Think of yourself as a lion tamer who never shows any fear. Otherwise, they’ll sense your nervousness and attack.

Make clear concise expectations on yourself along with others, while not expecting them to read what’s on your mind. Always articulate exactly what you’re expecting from them and why.

Have A Defined Physical Presence
Be aware of how you use and control your body language, as doing so can make a huge impact on how others view and treat you. It’s part of you expecting them to listen to you mentality.

Make sure that you hold your head high at all times, without becoming arrogant. Be a force to be reckoned with, even without saying a word. If you appear intimidated or timid, they will sniff and snuff you out immediately.

If you’re at work or in a social setting, always decide beforehand where you’re going to sit. If you’re planning the event, rearrange the room to your advantage, where you’ll stand out the best.

Make sure that you find the “power” seat, whether behind a desk or when face-to-face. What doing so has, is a direct bearing on how the interaction will progress. Never give any mixed messages.

Control While Projecting Your Voice
The tone of your voice, has a major impact on whether you’ll be heard or not. So make it a point, to take a deep breath and clear your throat, so that your voice is steady and sustained.

Think about what you want to say beforehand, and in what order. Know the exact message that you want to get across. Make sure that you avoid any form of shouting, whining, nagging, or finger pointing.

There’s no point in raising your voice, as all you need is to simply say what you need to, as firmly as possible, in a even keeled dominant voice. Make sure that you know how you sound first, privately. Never mumble or slur your words, as you’ll lose instant credibility.

Make sure that you use the correct pronunciations that you’re wanting to say, delivering the exact pitch and tone. Do so by breathing deeply, while protecting your vocal cords.

Make Sure That You’re Ready
Once you’re prepared, you’ll then be able to speak with confidence and authority. So make sure, that you’re aware of all the potential issues that may come up.

Everything will then fall into place, because you’ve made the proper preparations on what you want to say, which becomes particularly important, if you’re planning to speak in front of a group of people.

Create Instant Rapport
During the initial introduction, it’s always important to immediately connect with the person or group that you’re dealing with. Be as open and friendly as possible, smile, inject a bit of humor while being radiant.

Think Of The “Language” You’re Going To Use
Dictating your stream of speech can be extremely powerful. You can begin with a positive statement, that sets the tone while placing everyone at ease.

The reason being, that if you constantly ask others for a favor or whine, then they’ll begin to think and believe that they’re always helping you do something. That they need to help you somehow.

Always Show Gratitude
Once someone has done whatever it was you asked of them, it becomes extremely important to always acknowledge their efforts. By doing so, they’ll be a lot more inclined to help you out again in the future. Usually just a simple “Thank You” will suffice.

Inject A Bit Of Humor
Supply comic relief, but make sure that it’s appropriate, and never direct it at your colleague or clients expense. Make fun of yourself instead of others, as what doing so does is it relaxes everyone.

To Become Assertive
Those who feel that being assertive is a difficult thing to do, often assumes that everyone else finds it an easy process. The truth being, that most will feel anxious in these situations.

What’s surprising, is that whenever you talk to someone who comes across as extremely egotistical and loud, the reality is, that they’re either insecure or nervous. Coming across as assertive makes all the difference. All you need is a bit of focused practice.