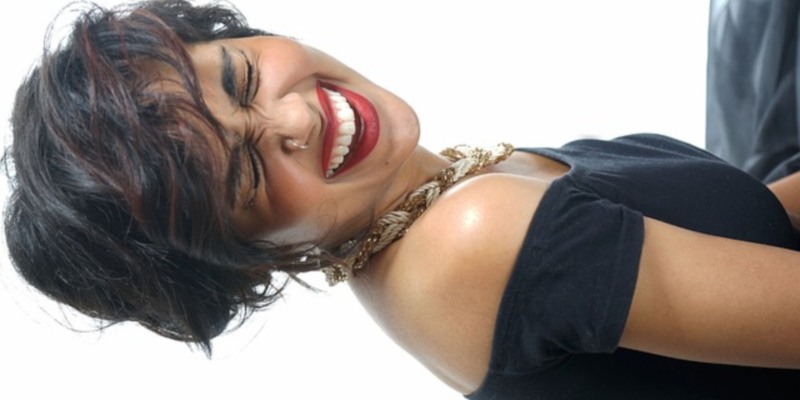 It’s known those who have a finely tuned sense of humor, one that’s not canned or rehearsed, is the 3rd most desirable personality trait in men. This based on a survey of what attracts women the most to the opposite sex.

The most attractive feature was a presentable physical appearance, along with being well socialized. The 2nd was an established career, followed by an excellent sense of humor.

Spontaneously laughing out loud, has proven to be beneficial for one’s state of mind and health.

A great sense of humor which provokes an unexpected chuckle, can be the difference when it comes to bonding during a dour situation.

The reason women find a sense of humor attractive, is because it relaxes them and makes her feel at ease.

The tense conversation begins to melt, making life a lot lighter. It makes women giggle, open up and indulge in the silly.

Dating someone who’s stuffy and serious, with a bleak pessimistic outlook on life, makes the conversation extremely dull and boring.

This according to various anonymous studies, provided by women from all backgrounds and professions.

Does Intelligence Correlate With Being Funny

The same study also revealed, most women like smart men with a quick spontaneous wit. So a good sense of humor, is usually associated with intelligence.

So are you someone who can think “funny” quickly on your feet. You’re able to manufacture a genuinely hilarious joke on demand, one that’s suitable for the situation at hand, then you’re golden. Almost.

There’s a reason why it’s been said, “Laughter is the best medicine.”

There’s been considerable research, which has proven that humor, laughing out loud, benefits the body while elevating the “happy” chemicals in the brain.

It’s been proven to boost the immune system while reducing stress, relax the muscles, which in turn lowers blood pressure.

This chain reaction as a result decreases the tolerance to pain, while quickens the process of the healing itself. These are the reasons why humans crave humor.

Developing A Sense Of Humor

Individuals who has a great sense of humor, the majority also has a cheerful disposition and optimistic outlook and personality. To them, each and every day is refreshing and sunny.

Should any dark clouds ever appear, they’ll depend on laughter by seeing the lighter side of the situation and life.

Good humor breeds confidence, believing the “negative” will soon pass. So instead of becoming discouraged, life is viewed with much hope.

Even those who may not be considered that physically attractive, but are saddled with a “Steve Martin” grade sense of humor, people will gravitate towards them.

The reason being, they’re more at ease to be around, as they’re not moody, sad and boring.

Those who are funny and carefree, and the people who’ll laugh along with them, are capable of handling anything that’s thrown their way.

Someone with a great sense of humor, encourages others to be more confident in themselves.

Those who are constantly funny, simply has more energy than others. The proof being, they’re able to think deeper, by manufacturing humor, this based on the situation around them.

They have more spunk in life. They’re able to come up with a joke on the spot unrehearsed. They’re also able to take a joke on them, as they can laugh at themselves.

They’re completely humble, with no trace of ego. So what you may need, is to develop a better sense of humor yourself.

Encourage The Funnier Side Of Life

Make sure you create an environment around you which encourages laughter and humor, this in every relationship or encounter you have, provided it’s appropriate.

This by concentrating on the funny side of any situation, while delighting others in the process.

Then eventually, they’ll soon begin to see the humor in all things they encounter as well. Once they do so, life becomes less stressful.

So Relax And Laugh More

The majority of people feel they don’t laugh enough, that they take life too seriously, and feel they should have more fun in the sun.

As a result, they begin associating themselves with those who are fun loving and humorous, someone like you.

When you stumble upon those times when you’re feeling a bit blue yourself. Make sure you go and find the happy places and faces you enjoy.

Find and participate in as many fun and lively activities as you can.

Always Laugh At Yourself First

Always laugh at yourself, the blunders you make and the situations you face. Find the humor at every opportunity and in every circumstance.

The reason most can’t or aren’t able to laugh at themselves, is because they’re too insecure with a low self-esteem. They lack confidence, as they’re ridden with fear or rejection.

They’re either too scared or don’t want to become embarrassed, by looking silly in front of others.

It becomes important to understand, everyone makes mistakes, fails and looks stupid on occasion. It’s up to you how you decide to handle the situation.

You can either laugh about it, or depress about it, it’s entirely up to you. Both are natural human responses.

How To Diffuse Disagreements

The best known way to neutralize any argument, is to tactically inject appropriate humor into the situation.

Once relationships get uptight, using self deprecating humor will often lighten things up, and provide a different perspective.

What “self deprecating” humor does, is it encourages humility while nurturing courage. So remove the mask of insecurity, which uncovers your weaknesses.

Injecting humor into your relationships will add zest, it helps others by getting them see life from a completely different viewpoint.

Life can be difficult, and everyone experiences the same pain. So a more carefree, positive and cheerful disposition always lightens things up.

So choose to see the funny side of everything, see the humor as life is short.

Polish Up On Your Humor

To improve your own sense of humor, begin by watching shows and videos which are hilarious and light, funny comedies.

Start reading books where its theme is based on humor. Collect jokes or memes that are hysterical.

Then once the need arises, practice your sense of humour by telling a joke or two, to lighten up the situation, or to put joy in someones life.

How To Live Your Best Life By Defining Your Purpose