Are Millennials The Most Self Centered Entitled Narcissists
Skip to content 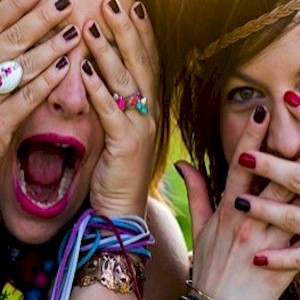 Millennials are the group of kids who were born after 1980, their teenage and adult years were spent entering into the year 2000. What they’re referred to is the age of narcissism, that they appear entitled, that everyone should bow at their feet, they’re stuck up and angry.

Most claim that if they are, then their parents most likely were as well. There’s validating proof however that the current young people are showing more narcissistic tendencies than previous generations. Welcome to the “me” generation, it’s all about me.

Is it because they’ve grown up in a world of self serve. Everything is handed to them on a plate, life is instant karma, they grew in the age of technology where everything is “give it to me right now.”

Or maybe it’s because they’ve learned in school that planet earth is at peril, that the “Dooms Day Clock” is now ticking at 3 minutes to midnight before civilization becomes extinct.

They have enough awareness and knowledge of realizing the state of the expiring planet. That they don’t want to die young, thinking they’ll never reach old age.

Baby Boomers Are Laughing
Baby boomers find this ironic, the pioneers of the peace and free-love movement, the long haired hippies, the original “flower” children, the free spirits of the 60’s and 70’s, who produced these smug entitled millennials.

It was the Baby Boomer generation who selfishly proclaimed the empty nest syndrome, this by maintaining their precious youthfulness, this by sparking up another blunt to get high, and not for medicinal purposes.

The boomers are the one’s who invented escaping into an inner psychedelic world, where it’s just their thoughts and feelings that mattered. Those who grew up in the warped 70’s, are the one’s who originally penned the “Me” generation.

It was the 20 somethings who grew up in the 80’s, those who survived the sexual revolution that was disco, the AIDs epidemic, proclaimed money is god, sought personal power, self-glorification, and invented the Internet.

If anyone wants to create a generational war, then perhaps it’s a war on who’s got the right to call themselves the selfish narcissists. So for you “me” first millennial kids out there, the baby boomers originated self fulfillment.

The “Me” Generation
But the title, the narcissistic crown, the egotistical dunce cap, the “Me” generation just might belong to the young adults of today. The clinical proof based on a questionnaire which current university students were quizzed on, this to reveal their mindsets.

Their overwhelming entitlement, their selfish and selfless motivations when it came to their life values, the extent of their duty towards civic mindedness, political participation, and their interest in saving the environment, were all self-serving.

What the data concluded was that the young people of today, infinitely care more about themselves, that it’s “me” that’s important rather than “we.” A trend however started by the baby boomers, adopted by Gen X, and a religion of the millennials.

It’s All About Me
Some claim that narcissism is a rapidly growing social disease, one that’s going viral with no end in sight. It was someone in the 80’s however, who originally declared they were the generation of narcissism.

So it remains up for debate who can lay claim to being the most self centered. Maybe it’s time for the Baby Boomers to just hand the narcissistic scepter down to their kids.

Is Social Media To Blame
There might be some truth that narcissism exists among the millennials, and that there’s too much blame being placed on the existing environmental social networks, but perhaps not enough on the Internet, and its evil stepchild social media.

What’s also true is during the past few decades, there’s been an increase in parental coddling, as some forget that the “self-esteem” movement was originated by the baby boomers.

Parents along with teachers, attempting to instill a healthy sense of esteem, lavishly praised false hope into their kids as often as possible, perhaps doing more harm than good.

That children were often force fed compliments, this for a skill or a learned behavior they didn’t have or mastered yet, for talents which were nonexistent, leaving them feeling empty and insecure.

The stem of narcissism lies in the underlying feelings of inadequacy. Most children of the millennial generation, were fed “form” rather than substance, given presents instead of presence, which leaves them feeling narcissistic.

The Millennials Save The World
So we’ll give, hand over the narcissistic baton to these millennials, that they’re now truly worthy of inheriting this personality disorder, so take it for all it’s worth.

But also give them credit, as the young adults of today are also willing to make enormous personal sacrifices, this by putting the environment first, to give back and serve their communities.

They’re also adopting the traits of the original “Me” generation of the baby boomers, where in campuses across the nation, the young people of today are now combining academic study with community outreach.

These students aren’t just stamping such opportunities just to make themselves more marketable, or to help them get into medical school. They’re genuinely wanting to give back to others and for many, appears to be the fabric of their being.

Generation Who Me?
So perhaps the baby boomers and the Gen X parents, who’s kids are now entering into their teen years, didn’t do that horrible of a job after all raising their kids.

Maybe the parents of these millennials didn’t just raise a bunch of self-entitled, narcissistic brats after all.

Once these emerging adults begin to have their own families, who by the way are delaying getting married and parenthood, who are also exploring alternative career paths, might just do a better job than imagined.

Why You Need To Know Your Heart Rate When Aerobic Training