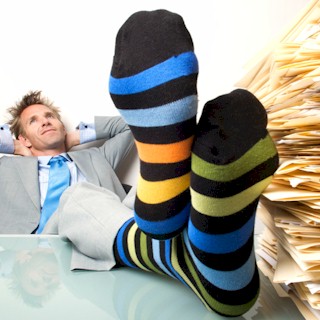 Procrastination is the conscious voluntary postponement of a task which needs to be done, this usually an unpleasant one. Most often, against one’s better judgment. Once someone procrastinates, what they’re doing is delaying something that can be beneficial, or at times, cause harm in the future.

There are some who procrastinates, who’ll claim that they do so because they perform better when under pressure, so they choose to delay. They may also need that last moment push of the deadline to get started. Procrastination is a negative reaction of the mind, this for some pressing action which needs to be done.

At times, the cost of procrastination has it’s consequences. What’s thought is that the habit of leaving things until the last moment, usually has lower quality results, or reduced well-being.

What’s known is that students who procrastinates and consistently delays, and then crams for exams at the last moment, usually gets lower grades. What procrastinators will also do is postpone medical treatments and diagnostic tests, which can have detrimental effects.

There’s No Structure
Procrastination can be external, such as a lack of imposed direction, which is a common occurrence in disorganized workplaces, which adds to the confusion. What then results is a contribution to the delay, resulting in impulsive decision making.

Some will act on impulse, such as checking one’s Facebook account, this instead of doing the actual work assigned. Since online access is readily available, acting on the urge becomes extremely easy.

So the best solution is to structure your immediate environment, this to avoid distraction. Once you do so, it then makes the designated task at hand more likely to happen.

For instance, if you have a habit of constantly checking your email or social media too often, then make it difficult for you to connect to the internet.

Doing Unpleasant Tasks
The easiest predictor when it comes to procrastination, is the need to do a pressing task that’s usually considered mundane, boring, repetitive, or unpleasant.

This could be buying a gift for the in-laws, painting the house, doing the laundry, the need to go exercise. So the key is to become disciplined, this to complete the unpleasant task on time.

One proven strategy is to put a time clock on it, then divide and conquer. Completely shift your focus from looking at the ultimate momentous task, by breaking it down into a series of easier to do, intermediate tasks.

Set the exact time that you’re going to begin the task at hand, such as 10AM, then force yourself to begin precisely. Outline what you need to do, then set a time limit such as 45 minutes to complete it.

Know The Timing
What becomes important is the timing of the reward and the punishment. That the action along with the associated consequences, are separated by time. What a gap like this does is produces internal conflict, this between the future and present action.

Procrastination occurs when the present efforts are noticed, this in comparison to the future ones. What this forces is the individual to postpone tasks, this without anticipating when its time to do them. Then the required action will usually be delayed once again.

Say that someone who smokes and is wanting to quit, can spend months having one last cigarette until they quit. The solution for this, is finding a way to make long-term goals feel like short-term rewards.

Or, before going for a swimming, it could be the anxiety of thinking how cold the water will be, which can at times result in procrastination. This procrastination then overpowers the benefits of getting exercise by swimming laps.

To overcome this type of resistance, what’s needed is associating the end result, the positive benefits that the swimming creates.

To relieve this stress, what chronic procrastinators should do is shift their focus away from the future, this towards safer more immediate rewards, this to avoid those high priority, yet challenging tasks.

Lack Of Self Confidence
Once difficult times arises, those who has poor self confidence or low self esteem, does is develops doubts about their ability to do what they need to, avoiding the task at hand.

Those with strong belief, are more likely to forge forward and continue their efforts of completing the task, this regardless of how difficult or demanding it may be.

What low self confidence does is results in avoiding doing things which needs to be done. What’s also missed are opportunities to acquire new knowledge and skills.

A college student who has low self confidence in math, may avoid studying harder, or avoid pursuing more difficult math courses.

The decision of not enrolling, might deprive the student of much needed skill development. In contrast, goal attainment usually raises self confidence, which results in the individual setting higher challenging pursuits.

Why Procrastinate
So what are the real causes of those who procrastinates, this even if they know something needs to be done. There are a variety of different explanations on why most will put things off.

The act of procrastination can’t be isolated, as it’s considered a personality trait which is linked to other behavior traits such as low self esteem and poor confidence, increased neuroticism, or the need to be perfect.

One common trait that’s linked to procrastination is self handicapping, which is avoiding the effort of keeping potential failure from damaging ones self-esteem.

There’s also been studies which attempts to link intelligence with procrastination, although no real correlation has been found.