Improving Your Future By Breaking The Shackles Of The Past 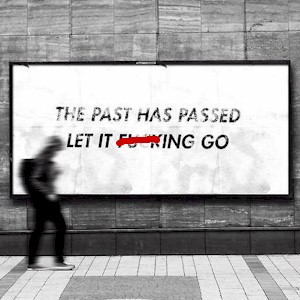 So the question remains if the past can somehow be altered. For some, their childhood years were not always that pleasant, not a portrait. Some were traumatized which their parents, friends, or siblings were unaware of or ignored.

Elementary school and beyond for instance, was a disaster for some, fearful as well as being socially isolated, which forced the hiding of their true identity, this in order to minimize the risk of embarrassment or harassment. Then the sense of who they really are becomes lost in translation.

Then in the subsequent years once becoming adults, looking back occasionally in the past, begins the wonderment of how these traumatic experiences had scarred them, deciding that whatever didn’t kill them made them stronger.

What’s ignored is delving deeper into the real fears which remained in the pit of their stomachs and the recesses of their mind. Then without notice those same feelings would become fictionalized, come flooding back whenever they’d be thrust into similar real life situations.

The Search For A Reason Why
As one becomes more independent in life, some are told among other things mystical on how it may be possible that one could alter their past, present, and their future.

The present and the future is understandable, but the past, how could it ever be possible to change something, the events which had already occurred previously.

Through practicing meditation, for instance, when in regards to their childhood experiences, just being curious to see whether the influence could actually provide any insight into what had happened earlier in their lives, surprise, there could be an epiphany.

Dissolving The Past
Then you begin to realize that the reason why your were “victimized” when in your youth was because you allowed it to happen. Whenever you’d perceive yourself to be in danger, the strategy was to ingratiate with the offender any way that you could.

You would allow yourself to be teased, taunted, disdained, humiliated or embarrassed, as long as you believed that it would prevent yourself from being physically hurt. Not once did you ever fight back.

Then A Pattern Emerges
Then in a flash, what was seen is a pattern stretching back to that failed relationship with your first crush, then the arc towards those elementary school experiences, which further extends to the farthest reaches of your earliest childhood.

You realize allowing yourself to become a victim had been a strategy which you’ve used throughout your life, which was primarily to: get attention, to convince others to protect you when threatened, to appear invisible towards malevolent peers.

By using this strategy which often worked, you realize it was just an escape plan and there was little incentive for you to challenge your fears by learning to stand up for yourself.

Where The Past Ends And The Future Begins
This is thought to be a wonderful breakthrough for which you can be profoundly grateful, and a greater realization of your earlier life experiences will begin to change as well.

It no longer remains a sensitive wound that would normally take a long time to heal. The experience appeared nothing more than an example of always playing the victim, allowing it to become a major trauma which you were required to recover from.

Then, what will be realized is that the past will indeed change in the only way that matters, not only by changing what had happened, but by altering the significance of what, how, and why it had happened.

The Past Events Are Our Only Memories
The events of the past just exists in our memories, which gives rise towards the feelings and the thoughts that we have about them. By themselves, the events remain neutral. We’ll place judgment on them based on how they happened to of affected us, rendering the good judgments which benefited us, and the bad ones which harmed us.

It’s the residue from those judgments which remains with us, and not the events themselves. Although we can’t change our past memories, we can however change whether or not we allow them to harm us any further.

How Our Past Can Be Changed
You can do so by finding ways of creating value of the events which you’ve judged as harmful in the past. You can only utilize these past events as springboards towards personal growth, reinterpreting them into events which are positive instead of traumatic. You can then free yourself from all of the pain that was associated from those memories.

So the insight into the manifestation on the tendency to allow being victimized, the most significantly realization is if you’ve ignored it, then you might still be playing the victim to this day.

However, by being able to eject pieces of this negativity out of your life, what’s now felt is a genuine feeling of gratefulness for having suffered through that traumatic childhood event, and having learned from it.

Breaking Free From The Past
To break free of the past requires using it as fuel for growth. If an event from your past remains painful, then understand that the pain is an indication of unfinished business.

This not with whatever or whomever was involved, but it’s more with yourself. Maybe someone did hurt you or perhaps you hurt someone else, and you may of made this choice out of fear, weakness, or anger that you now regret.

We don’t need to waste time in wishing that we could go back in time, we just need to find ways to turn that regret into a catalyst for growth. Realize if more could find a way to think about their past this way.