Is The Cloud Based Microsoft Office 365 For Mobile Versatile Enough?
Skip to content 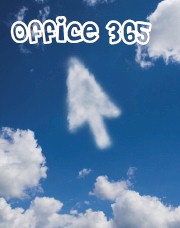 When using Microsoft 365, you are able to access your key Microsoft Office Suite Products documents and important business data from anywhere in the world, provided you have Internet access. The data and information that’s remotely hosted “on the cloud,” as in cloud computing, is stored on a remote network server in an usually undisclosed location, and not on your local computer or business office network.

The documents are stored in a remote central repository, allowing you to access say a Word document or an Excel spreadsheet anytime and anywhere you are, theoretically even from your smartphone, provided you have Web access.

Cloud Computing With Office 365
One of the best features of your home or small business or your large corporation deciding to use MS Office 365, other than its value, is that you or your staff, whether your in your office or if you happen to be half way around the world, can immediately access, retrieve and share your stored MS data that’s on the Microsoft Software Application.

Since it is stored as well as accessible on the cloud, the tools, the software such as MS Word, MS Excel, MS Outlook etc., and its related services that are offered on the Office 365 Suite, are not dedicated to a single device, PC or network. The stored data can be retrieved or synced from the Web using a desktop computer or your mobile device, provided it’s a Windows Phone 7 smartphone.

Using Office 365 With Other Mobile OS
What Microsoft may be attempting to do is proposing as well as promoting the use and adoption of their own mobile OS, Windows Phone 7. They are assuring that to get the best possible mobile based business productivity and integration when using Office 365, it can be achieved by using their Windows Phone 7.

But, regardless if Microsoft is being exclusive or not, the fact is that they may be missing the opportunity to establish its Office 365 as the “go to” mobile productivity suite, just as they established MS Office as the dominant productivity suite for desktop computers.

Although it is possible to use Microsoft’s Web-based productivity tools on a variety of mobile devices such as the the iPhone, the iPad, or any Android OS smartphone or tablet, the service however isn’t exactly fully optimized when using these devices. What Microsoft needs and should be doing is creating an Office Mobile 2010 Productivity Suite for all of the mobile platforms that are available out there.

Testing Apple iPhone And Office 365 Compatibility
Office 365 works great using a variety of PC based browsers including Internet Explorer, Safari and Firefox. But when you attempt to log into Office 365 using an iPhone, what you’ll initially get is a “Warning Message,” explaining that the browser (Apple’s iOS,) may not be able to render or retrieve the Office 365 pages properly, as well as some features not being properly functional.

Once you bypass the “Log In,” process while on the iPhone, Office 365 will then appear and react just as it would if its on a regular PC Web browser. The Outlook functions allows you to send, compose, receive as well as view any email message. The contacts and the calendar features of Outlook work properly as well.

However, when you attempt to use the other MS Office 365 tools, especially if using Office 365 Beta, you may get a message that states: “The following URL isn’t mobile supported” when attempting to open a Word, OneNote or a PowerPoint Web app.

The iPad And Office 365
When using the Apple iPad, the tablet device did not appear to have the same issues or limitations that the iPhone initially had. So accessing Office 365 using the tablet mobile device reacted similarly to accessing and working with the Office suite from a personal computer using Windows 7 and Internet Explorer 9. It appears like Office 365 at this point is fully compatible and functional when using the iPad mobile device and its iOS.

MS Office 365 Mobile
Whether these mobile browser compatibility issues using Office 365 are ironed out or not, you will technically be able to use their “MS Office Web Apps” using a smartphone. But the biggest issue of using a full Web interface while on a smaller mobile device such as a smartphone, is it’s simply not anywhere near as effective as using a well written app. For example, try accessing Facebook from your iPhone using the Safari browser, then use the Facebook app, there is a world of difference and ease of use.

Microsoft Office 365 is one of the major competitors to Google Apps for Business, and it seems to match up pretty well. But, if Microsoft ever decides to invest their time and resources into developing native apps specific for the other various mobile platforms such as the iPhone, the iPad, and the Android OS smartphones and tablets, as they do for their Windows Phone 7, they could potentially dominate the mobile productivity market, just based on their previous product reputation.