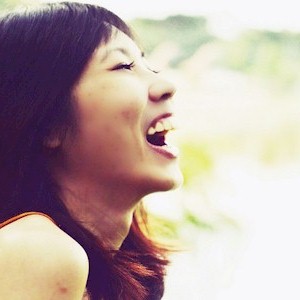 There are certain things that you know, this without learning or hearing about it, that you just know. You also know this information, this without knowing how or why. This knowledge you sense is inherent, something that you know without needing anyone to tell you.

The most common test for this is looking a two pictures of two different people laughing. You can instantly detect, this without knowing the reason why, that one laugh is genuine, while the other is a pose, just laughing on cue, much like a model would for a photo shoot.

What we detect are tells such as how the person’s eyes are smiling, which becomes more apparent once you take a closer look. But how is it we know it’s the crinkling around the eyes, is what expresses genuine laughter, while it’s absence means that they’re faking it.

Things You Instinctively Know
This is similar to you sitting inside a noisy restaurant with your head down, and once someone walks by you, what you instantly feel is a sense of their presence, this without a word spoken or a sound made.

We experience this type of awareness on a daily basis and it’s automatic, so much so that we don’t even think or bother wondering why.

In the restaurant, the ear senses a sound shadow once someone passes by, which alerts the brain that there’s some type of moving object, a moving shadow of a walking human.

Another confirmation is that the brain is able to localize sound. This once the eyes are closed, and someone suddenly claps their hands or snaps their fingers.

They do so on the right side of your head, and you’re able to accurately detect the direction of the sound, while also estimating its distance.

My Chemical Romance
You’re in a busy cloudy nightclub, you scan the mounds of people, then you suddenly fixate, are drawn to another person, this because you’re both visually and similarly attracted to each other.

You feel drawn to them, this more than anyone else. You stand next to them, and without you knowing, your nose senses their chemicals which are transmitted through the air.

This occurs automatically either by you or the other person, certain auras of compatibility which are released and picked up by the other.

This body odor carries data regarding the genetic make-up of the individual, which becomes relevant to the type of children that you both might produce. This is how primate humans of the opposite sex react and realize they’re a match for each other.

The Logical Explanation
Whether sensing a fake or genuine laugh, sense that a silent shadowy figure is walking behind you, feel close to someone that you don’t know, or instinctively detect the distance of sounds, are instances of a phenomenon known as implicit learning.

For us to normally pay attention to events, they need to be stored away as some type of previous memory that we can consciously recall.

It’s possible to subconsciously tap into our memories, formed by a previous association that we didn’t even pay explicit attention to.

What we normally do is see and then hear the source of a particular sound. After experiencing it a few times, we get familiar with its location and then associate that with the acoustic information it gives off.

The Detection Of Sounds
What our brain does is implicitly learns and records that the spectral content, it’s frequency or pitch, the sound that’s coming from behind us, and determines that it’s different than the spectral sounds which are coming from above our heads.

Similarly, what we note is that the sound levels in one ear decreases once someone happens to walk by us. What our brain subconsciously learns and records is that these sound shadows correlate with someone or something is moving past us.

We can instantly detect a fake laugh from a genuine one, this by we subconsciously remembering the context surrounding when we’ve seen how people laugh for real in the past.

We can tell the difference that laughing for the camera produces fake laughs, while spontaneous reaction to something funny does is elicits a real genuine reaction.

Not All Are Learned Responses
Not all of the unconscious awareness is a learned response. The detection of sounds which are either to the left or right is a hardwired response in our brains.

These have complex circuits which detects and analyzes the intense differences of sounds, that’s heard by both ears.

The sound which is coming from our left, will usually arrive sooner to the left ear than it will to the right, and is also a louder sound in the left ear. Responses when it comes to those chemical signals in body odor, are hardwired into us at birth.

It becomes useful to be aware that we use all five senses, which are trained to perfection, both learned and innate. Although we’re not at times even aware of why we react how we do, is because such awareness decreases our self-doubt.

Sense To Protect Oneself
For those who may have developed low self-esteem, this is partially because they mistrust while devaluing their own intuition and perception.

When it comes to the “why” of why someone would doubt themselves, many would say that they have no reason to believe in their first instinct, this because they couldn’t consciously tap into or have the faith in their past experiences that they felt.

Trusting First Instincts
There are valid reasons, some claim clinically reinforced reasons to trust your first instincts, intuition,, feelings, and perceptions, even if they don’t make any sense to you. This is called your sixth sense, and you do have and use them.