They’re an absolute professional at their job, but internally they’re a hot mess. They’re pleasant on the surface, yet they feel as it they haven’t accomplished anything in their life. The evidence is once you complement them on their achievements, the inroads that they’ve made, they’ll never acknowledge it, or thank you. They feel embarrassed instead. 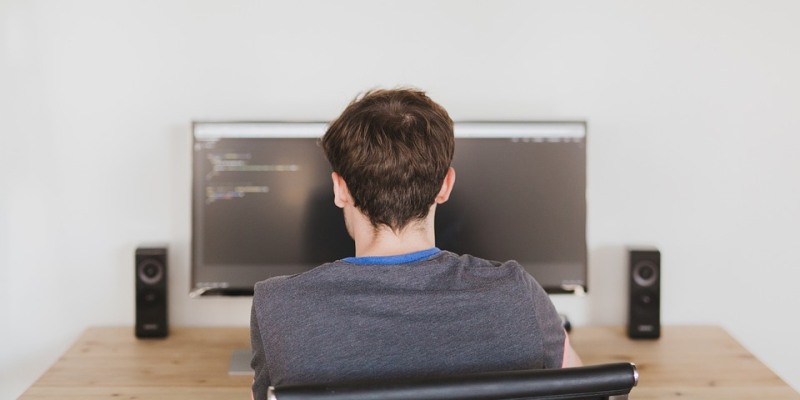 The worldly accomplishments that they made, should project their self-confidence, but for one reason or another, they don’t feel that secure or comfortable about it. The reason being, that they secretly think they’ll be exposed, that they’re incompetent, found to be a fraud.

They feel that others will eventually find out that they’re not genuine, that they’ve been fooling everyone, including themselves, this entire time. Everything that they’ve achieved in their life, is a hologram of their true self.

So why would they feel this way. They graduated from school with honors, and landed a professional job of authority, and quickly accelerated up the career ladder in an occupation that they’re suited for. Yet, they continue to doubt themselves, and their abilities.

The Narcissist Who Lacks Self-Esteem
These two personality types may appear to be polar opposites. Ironically, the root of their insecurity, lies in their narcissism. The doubt they have, when it comes to their academic and professional success. All they continue to focus on, is their previous failures.

With a tad of embarrassment, they’ll tell you what they’ve accomplished, but their body language tells you they don’t feel comfortable talking about it, which exposes their low self-esteem. You then wonder why someone who’s achieved so much, suffers from confidence.

The Plight Of The Awkward
There’s plenty of evidence regarding individuals and their low self-esteem, this as a clinical observation, and isn’t an accusation or finger pointing. This is found to be a genuine condition, based on their life experiences and perceived mistreatment.

This is a condition that many professionals suffer from, and that’s failing to come across as being a personable or a friendly person. Instead, they appear to be egotistical, which stems from the fear of not being liked.

About Being Human
Narcissism has received a bad rap lately. This because of it’s blanket definition, which is someone who’s arrogant and successful. Someone who appears self-centered, and thinks only and for themselves.

Actually, narcissism isn’t found to be that bad, especially the healthy type. What self-love does, is forces one to do good things, treat themselves well, set high standards, while taking pleasure in life.

Excessive narcissism however, has a reputation of making demands for attention which shelters an extremely fragile ego. One that’s vulnerable and gets easily hurt. They feel rejected and inferior.

There’s no blanket theory when it comes to narcissism. What it can do, is deflect attention for someone who has low self-esteem issues. This can be “feeling” like a failure, or a fraud, that they’ll be exposed at any moment.

Oh The Irony
You feel proud about yourself, what you’ve accomplished in your life and career, you enjoy good health, look and dress well. How many more people would like you for who your truly are, if you projected this persona at all times.

But you subconsciously shoot your success down, you punish yourself, thinking that you’re not good enough. That your superiors, friends or family won’t like you as much, if you show your true self.

You become vulnerable to criticism. Someone for instance, suggests that you need to improve on a project at work, before you present it. What you interpret instead, is that you’re an inadequate person.

These are the thoughts and the beliefs, of those who lack self-esteem. Although they’ve achieved plenty, it’s still not good enough.

Just Love Yourself More
You rarely feel proud of your accomplishments. That you’re not competent or capable enough. You feel you don’t deserve all that you’ve earned. As a result, you have a problem accepting yourself.

To Increase Self-Esteem
Admit the things that you’re proud of, anything. Many become surprised at what they come up with. That you’re an excellent executive, who also makes a dynamic lasagna. Acknowledge to yourself, all the good things that you feel good about.

Make a list of things that you’re proud of and why. For many, it’s overcoming some type of difficulty, such as a major illness. Realize the dedication and the diligence that was needed, to accomplish these things.

The biggest issue with these accomplishments however, is that you’re embarrassed it makes you feel good. You’re then further embarrassed, once you realize that something so simple, builds your self-esteem.

Ask yourself, if you have the capability to brag a little about some of your greatest accomplishments. Injecting a bit of humor always helps. Offer what you’re proud of, in ways which shows others without having to actually tell them, such as photographs.

What people don’t understand, is if an individual is so successful, why they lack confidence. Why they don’t feel better about their accomplishments. Instead, what they do is mask it, by being arrogant.

They never talk about themselves, because they feel incompetent. So be more relaxed and be more open. What this can create, is a mutual bond, where you then share your “wins.” When doing so, always show your gratitude, and thank everyone.

Trust Your Soul On This Mystical Path Of Abundant Living