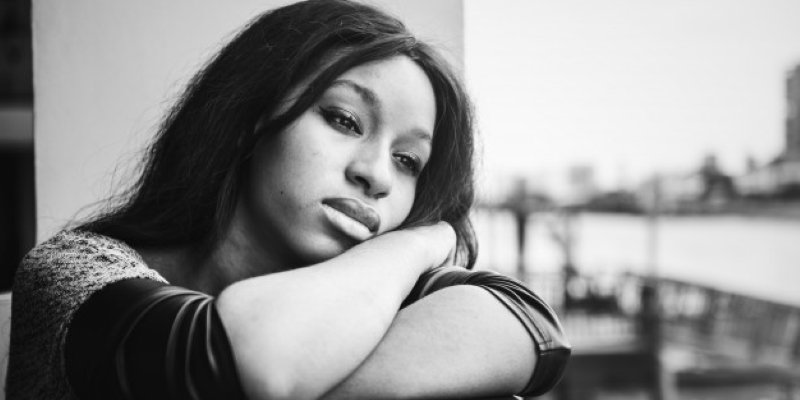 You don’t need to be a visible minority to feel like an outsider in life. It’s our weirdness, nuances, the subtle quirks and differences we all have, which makes us unique. These are the reasons why some adore or don’t like us.

Realize no one is normal, we all have our own differences we’ve inherited in our lives. These differences are what makes us feel like an outsider, that we don’t belong somehow with the cool kids.

Some of us are obese, from a different country, or belong to a wacky left wing activist group.

Others may have disabilities or severe visual blemishes, are freakishly talented, extremely tall, or physically beautiful.

Anyone slightly different from the average can feel like an outsider, as being an outsider means not fitting in with the norm.

Part Of A Group

This is different from being part of a group. Such as deciding to become a vegetarian or choosing to hang with those having the same hobbies, as these are decisions we make.

Choosing to be part of a group has its perks, such as increased social status or peer acceptance. Everyone knows who we are, we’re part of the gang, part of the “tribe.”

They know others will stand by them, stand up for them. Through this group, what they’ve picked up are certain behaviors and characteristics inherent of the group.

When Outsider Look In

Technically, these minorities however are also considered a group.

Outsiders generally need to work harder to be accepted by their peers. They need to be more flexible and perceptive, and follow the rules more precisely, because they visually stand out.

They need to show more respect, tow the line better while being squeaky clean. Outsiders need to adhere closer to the “code,” the morals of conduct while not breaking them.

Need To Be More Aware

They’ll at times be picked on, bullied, appointed last, or be completely ignored, this because they look different.

This is partially the explanation when there are complains of gender inequality, as some women will continue to feel they’re treated as a minority.

That they don’t get the same opportunities their male counterparts do, such as getting paid the same.

Just Trying To Fit In

Outsiders need to be more aware of identifying mistrust or misunderstanding.

Having a different accent, skin color, a unique look, or just wearing different clothing means they stand out.

They’re subtly reminded that they don’t fit in, this since others don’t want to appear racist or sexist. So what they’ll do is mask their true attitudes and beliefs regarding these outsiders.

Being more aware has its advantages, making the savvy outsider more perceptive and shrewd, reading others and their signals better.

This especially becomes useful when it comes to negotiating or persuading others.

Another advantage is understanding and adapting to their immediate environmental situations better, as learning by imitating is better than learning from instruction.

There are foreigners for instance, who at times has a better command of the English language. This far better than their fellow native English speakers.

To learn all of the various rules and nuances, is to understand what their functions are, along with its history.

What this offers is better insight, this into why things are done the way they are. What this does is it makes the outsider more informed and adaptable.

The Need To Be More Versatile

Outsiders are usually more dynamic. Those who are bilingual or bi-cultural has more options.

They have the benefit of different backgrounds to choose from, this to get the best qualities from both worlds.

This is similar to we having a choice of computer operating systems. We can choose from either Microsoft or Apple.

We can make comparisons while the end objectives are the same. We can also move between systems, or use them for different purposes.

Some outsiders after a period of time are capable of adapting to become an insider themselves, and will usually succeed.

They’ll assimilate themselves by losing their accent, or wear appropriate clothing, while adopting the same ideologies and lingo.

What they learn is to transform themselves, this by overcoming what their roots are, making the sacrifices to become an insider.

Those who pass themselves off as someone who they’re not, however, needs to work harder to keep up their image.

They need to continuously learn and update their knowledge, this if they’re wanting to remain part of the “insider” group.

They need to stay alert of the changes, which is natural instinct for the existing insiders.

Or Choose To Remain Unique

Some will just choose to remain who and how they are, to remain an outsider and be proud of it. They are proud of being different by acknowledging what their roots are.

Some will just choose to proudly remain on the outside and be okay with it. They’ll choose to completely ignore all of the social norms followed by others, and do their own thing.

There’s also the option of alternating back and forth, choosing to be an insider one day, then an outsider the next.

This can become confusing however, as others have no idea who they’re representing on a certain day.

It Is What It Is

The best solution it’s found is to find middle ground somewhere, to embrace who you are while being a mediator of sorts, an interpreter of different ideals.

Those who do so are proud of their outsider status, as they’re also able to adapt as an insider.

They’ve learned to become versatile and convertible, while embracing everyone.

The Benefits Of Understanding One Word At A Time