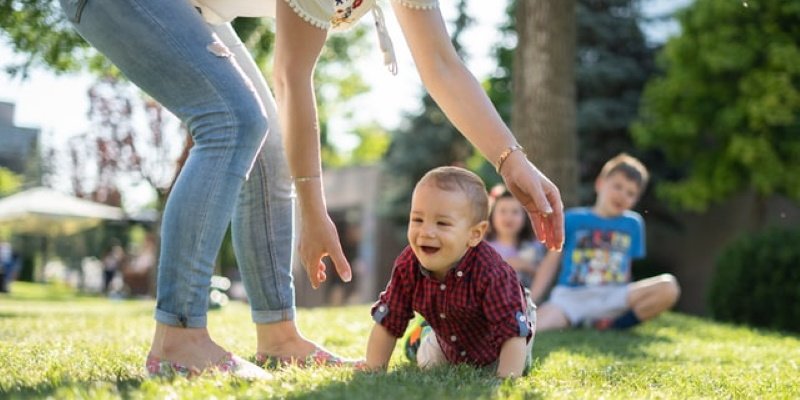 Most think habits are bad, such as excess drinking, smoking, or overeating, because they’re detrimental when it comes to health. What the brain does, is records all of your most common traits, and once it finds repetition, it automatically keeps that action as a habit.

Doing so avoids the brain from becoming overworked. Our brains for this reason are tremendously advanced, thus placing us on top of the animal kingdom.

The most powerful computers in the world are replicas, blueprints of how the human brain functions.

Every time we do something on a consistent basis, the brain is capable of processing and remembering that event.

This is known as procedural memory, which are a series of connected behavioral units attached to the nervous system circuits, which becomes automated.

So any action you take, such as driving a car, you don’t need to think about performing that action.

Babies eventually get tired of crawling, and will decide to stand up and learn how to walk.

This process is an exquisite concert of focused movement and muscle development. What’s coordinated is the process of standing, and then taking one step, then another.

Shortly, the baby masters the process of walking, as it becomes a habit, never needing to think about it ever again.

This becomes critical, since what creating habits does, is saves time and brain power, allowing yourself to perform other complex life functions.

The lessons along with the habits of our childhood, does is creates a blueprint for our future development and behavior.

The tendencies of those lessons learned, does is reaches into our adult life, through the development of our inner voice, one that we constantly hear 24/7.

All Habits Aren’t The Same

Although the majority of our habits are helpful, the brain also remembers the detrimental ones. These include our struggles in life, such as attempting to stay focused or paying attention.

Habits, are defined as actions that are performed outside of our awareness.

The most common habits we have, are the ones which we do the most, which may not always be positive.

For many, what we collect are “bad” habits, such as we constantly putting ourselves down, finding fault in ourselves, or caring what others think.

What we don’t bother doing is question our inner voice, because it’s always been there.

The problem with this however, is the messages you hear aren’t always helpful, which then interferes with our success.

More often than not, the nonstop chatter you hear in your head are inappropriate messages, and you’re not even aware they’re bad, because you constantly hear them.

Voices In Our Head

What we’re faced with on a daily basis is making decisions, regardless if they’re big or small.

The default is just reacting to what the brain says, which is the habit, the same response it’s always given you in the past.

Realize what having the same response does, is it gives you the same results. The definition of insanity?

So instead of just relying on these same autonomic habitual messages, what you should be aware of, is you always have a choice.

Since your habits are a result of your previous experiences, the lessons from childhood. Once you become aware of this, you can alter and develop a different, better focused response.

This new healthier inner voice, is similar to how healthy helpful parents will raise their child.

This is always from a place of love, compassion, acceptance, and support.

So instead of constantly responding and punishing yourself once there’s a poor performance.

The healthy voice should first appreciate the effort, while complimenting what was positive and done right, before addressing the mistake.

The healthy internal voice, similar to a loving parent, will always keep the end goal in mind, which is achieving success and happiness.

Then eventually, any response you have which might be undermining or harmful, will no longer exist.

You Always Have Two Choices

At any moment, any situation or event you’re faced with, what you have are two choices when it comes to how you react.

You can choose to mindlessly follow your old habits, by complying to the existing out-of-control internal voice. This is where low self-esteem stems from.

These can include some type of a put-down, or other similar negative messages which will bring you down. Telling yourself you’re not good enough, or you’ll fail.

So become aware of that moment, and then use the newly developed healthy internal voice, one which has a positive supportive response.

Learn to fight through the self-doubt and self-criticism.

Realize the old habitual voice originates from a place with good intentions, but it no longer serves you properly, which is to reach your goals.

For instance, if you were accustomed to constantly receiving criticism from a parent, your inner voice might steer you away from taking action.

It will prevent you from pursuing new endeavors, to avoid self-criticism.

The result is procrastination, having difficulty following through.

Voices In Your Head

What your internal voice is constantly doing, is making commentary on your life, what steps to take, what action to do.

This includes right now at this very moment you’re reading this. You might take action or think this is bunk.

What you’ll then do is do something about it, or don’t do anything at all, based on the internal voices that you hear.

All this happens subconsciously, on autopilot, as you face another hopeful day.

So what’s suggested is to become mindful of this, learn to intercept the inner voices, by finding a way of engaging with your environment, and how your subconscious mind interprets it.

Once approaching life with this perspective, you’ll then reach your goals, experience success and better health.

The Ritual Of Grounding Yourself To Get The Peace You Seek