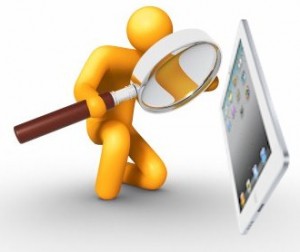 IT executives representing corporations are beginning to wonder if those corporate workers who has adopted the Apple iPad 2 device as their primary choice of electronic communication, will be demanding workplace user support right away. This because the iPad 2 is geared more primarily towards the consumer technology market, rather than as an enterprise solution.

Consumers, students, small businesses and online marketers all ran towards the Apple store to purchase the shiny brand spanking new iPad 2 the day it was released. This news however may of had some IT executives of larger corporations cringing a bit.

Apple’s iPad 2 Is State Of The Art
Apple’s recent release of the iPad 2 features a thinner, faster in speed and a lighter version of the original iPad, making it an attractive and trendy device expected to dominate this market segment. Due to user demands, it now includes a few new features such as front and rear cameras, as well as an excellent selection of business orientated apps.

IT managers claim that it’s because of these additional features is what lures corporate workers to use the iPad 2 when performing their jobs. These corporations are now also realizing that they may have to devote additional, if not significant time in supporting yet another immensely popular electronic consumer device.

This to some is another example of a revolt by consumerism. The corporate world is no longer dictating or controlling the technology flow because of these types of devices. But rather, similar to social media, these demands are now dictated directly by the end user.

The iPad 2 As An Enterprise Device
So larger corporations have no other choice than to adopt the iPad 2 tablet for adaptation of various business uses, as well as laying out plans to further testing the capabilities and functionality of the iPad 2. This will also be required for the soon to be available BlackBerry PlayBook tablet PC, manufactured by Research In Motion (RIM).

The corporate world is now forced to make use of these tablets because they need to meet the demands which are driven by their employees, who are using these portable devices in their every day lives as the primary communications device. So it will eventually become inevitable that these users will soon expect enterprises to begin supporting the devices to bridge the gap between the two worlds.

Experts in this area has stated that these companies may face challenges since the iPad 2 was not really created with enterprise IT operations in mind, but was developed more for consumer use.

Apple also did not bother to address this issue at all when they introduced the iPad 2. Some say that they missed a huge opportunity of making their device more enterprise friendly and not just catering to the everyday consumer. Although Apple does encourage businesses and enterprise to use and adopt the iPads, they currently have no intentions on fully catering to the enterprises, like the way that HP or Dell is attempting to do, as far as complete corporate support goes. Some original users of the first-generation iPads claim that the new iPad 2 does offer potential business workplace benefits, as well as presenting IT support issues.

[ad#co-1]
Is The iPad More For Consumers?
There was a market research company who purchased and tested the first generation iPads for the purpose of conducting shopper surveys in shopping malls. They now plan to upgrade to the iPad 2 tablet PCs, primarily because of the new two way FaceTime chat capabilities which offers the possibility of conducting the surveys remotely. When it comes to enterprise support for this company, Apple currently seems to be lacking support, which has slowed down and frustrated this particular research groups initial deployment process.

So if Apple can get their act together when it comes to enterprise support, then they can potentially give companies such as Microsoft a run for their money. But rather than Apple facing this issue head on, they seem to be backing in.

So because of this, Research In Motion’s BlackBerry PlayBook tablet may potentially be a better fit for corporations who are concerned about Apple’s current level of support. The ‘end user’ consumer crowd absolutely loves the functions that the iPad tablet provides, but it’s the IT enterprise world that has to ultimately pay for ongoing maintenance as well as control. And this may ultimately be a real cost that users most likely won’t eventually appreciate as it may be passed on to them.