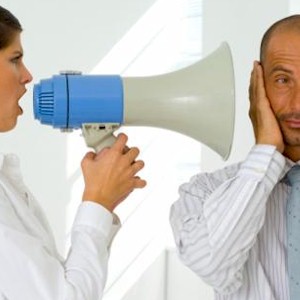 As social animals, the biggest part of our lives is to communicate with others. Sharing and receiving thoughts, this by exchanging vital information, understanding the other person’s feelings or intent. These are essential skills needed when it comes to communication, this in business and every social situation.

So it’s not surprising that it’s misunderstanding that creates a divide, which forces couples to counseling, business deals to fall apart, as it’s responsible for almost everything that people struggle with. With cooperation, what can occur is both parties to communicate better, to speak, listen, and react accordingly.

For humans, miscommunication occurs either verbally or written. The elements include the sender, the receiver, and the message sent and then understood accurately.

Nonverbal signals, such as body language, tone, and gestures, are secondary indicators of relaying that message. The key remains saying and then precisely understanding something.

Issues In Communication
The way that we’re able to listen, to encode and decode the various messages sent by others, is based on how we learned to communicate, this when we were younger.

The words that we speak, this regardless of language, are just symbols of sound which represents certain things. Every person who relays or receives this information, may have a slightly different interpretation, even if the words are identical.

What also influences communication is the actual number of words that one knows, and the degree of language alteration which occurs in different settings or experiences.

The ways on how we code and decode these messages are determined by our culture, education, and life experiences. Issues in communication can emerge, as no two people has the same experiences as the other, which can alter communication definitions.

Communication Issues By The Sender
The most common problem when we’re attempting to send a message, is concisely coding our thoughts, feelings, or what we want. This in a way that it’s properly relayed, and then fully understood by the receiver, where there’s absolutely no doubt in what you meant.

How you might code or verbalize the message that you’re feeling hungry, is different to a 5 year old, to someone who speaks a different language than you, or talking to your best friend.

What you will have are different options. So choosing the best way to send a message, becomes vital in making sure the receiver completely understands.

Another common issue is that our thoughts, ideas, and feelings, are extremely complex or difficult to relay, or we ourselves don’t have a good sense or grasp of what they are.

So sending out a message about something that we don’t completely understand ourselves, has no chance of being understood by the receiver.

Communication Issues By The Receiver
The biggest issue when it comes to we attempting to receive a message from someone is misunderstanding, decoding inaccurately.

This can occur when we’re not paying attention, not having the skills to understand the message sent, or we tend to add our own interpretation to the message, one that wasn’t intended by the sender.

What we rarely do is pay attention and listen to what someone is saying, this because our busy mind is preparing for a response. During this time, the true spirit of the message can be misinterpreted. We could easily miss the critical elements of it, resulting in misunderstanding.

What can also occur is that certain words are not known, such as “urban slang,” or that the message is too complex, then the chances of understanding its true intent is missed.

What many also have is a habit of automatically adding things to the message, which forces us to miss or alter what was truly intended.

Suppose that someone is just hungry, but because the other person was late making dinner, will decode the message as criticism and will then take offense.

There would likely be conflict, this because of misinterpretation by the receiver, along with poor context from the sender. This is also common in text and emails if it’s poorly written.

To Communicate Better
So the key becomes learning to communicate better. To insure that the message is accurately sent, received, and understood precisely.

There’s no magical formula, or the need to start learning a variety of methods to phrase or code better, or to subscribe to rules such as using “I Statements.”

So what we need is to become more mindful by having a better awareness of how messy communication can get. Be more thoughtful about sending messages so the other would understand. Also ask to verify if the receiver completely understands or not.

Know Your Communication Mistakes
We’re all guilty of sending messages which are confusing or incomplete, or we completely miss the drift, this when it comes to someone trying to tell us something.

Once we become more aware that anyone can make mistakes when communicating, we can then adjust on how we send and receive messages.

Choose Your Words And Actions Carefully
Make sure that you tailor it to who the receiver is, this as much as we want our parents, kids, coworkers, partners, to just automatically know what our needs and feelings are. We think they should accurately interpret everything we say, but realize that they can’t.

All we can do is conscientiously send better messages by thinking how that specific person, at that specific time and state of mind, would be able to receive our message the best possible way, and then deliver it to them. You can also ask if they understand you.

Once you hear something, especially if you don’t completely understand or it strikes you differently, make sure you ask the sender if you heard correctly, instead of using your own interpretation. Think of the arguments that can be prevented.