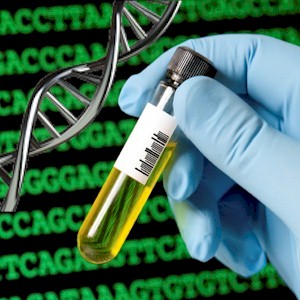 We are now all aware of the science that is DNA evidence. Since it was discovered over a few decades ago, the use of DNA as an identification tool when it comes to human identity or relationship testing, has become an extremely powerful and absolute method.

This accurate evidence is now used in both criminal as well as civil justice verification as a method of pure identification. DNA testing is able to reveal whether two or more individuals are related, along with determining the exact nature of their relationship.

This modern marvel of technology is now able to precisely pinpoint and then reveal the relationship of two different people, even by a single hair. DNA is also able to obtain extensive information regarding their gender, ethnic background, and at times their age.

Before DNA testing ever existed, the identity of humans was usually performed through blood type matching. But DNA analysis is far superior in accuracy and now supersedes blood work, as it’s now become the most accurate method that’s available for human matching.

The Origins Of DNA
The remote possibility that DNA could potentially be used as solid evidence for human identity testing, had been discussed in theory ever since DNA was originally revealed as the molecule which makes each and every person unique.

Yet, it wasn’t until the discovery of DNA fingerprinting in the mid 80’s when the initial practical testing protocol became viable, along with other conventional fingerprinting methods.

Where all of the various “loops and whorls” are compared between two sets of distinct fingerprints, what DNA testing does is it relies on comparing certain DNA features, which are known as DNA markers between two different samples.

If the DNA patterns between the samples happen to be identical, then they are most likely from the same person. If the profiles aren’t identical, but significant similarities are observed, then the probability is that the individuals are related.

The various degrees of the similarity which exists between DNA profiles is a representation and reveal of the degree of relatedness between two different people.

When for civil cases, the DNA testing is predominantly used to determine whether there’s a relationship between two individuals. For criminal based cases, just a single drop of blood can be matched to a potential suspect.

In civil legal practice, where there are usually no criminal elements, the DNA testing is used primarily for child support or immigration cases. There are now thousands of DNA tests which has been successfully conducted for these exact purposes annually.

When there’s no reliable documentary evidence that’s available, DNA testing can now accurately assist in determining the varying degrees of how individuals may be related to each other, along with an individuals ethnic background.

DNA As Solid Evidence
The first time that DNA testing was actually used for identity purposes was based on a landmark immigration case. DNA results was used to prove and identify that a mother and son were related.

Now, the courts will accept DNA testing as an unquestionable proof of evidence when it comes to civil or criminal law. The results will usually, although not always invariably provide conclusive evidence as whether individuals are related, or identified as alleged.

There are now Child Support Agencies which will extensively rely strictly on DNA testing when it comes to establishing who the biological parent of a child may be.

This in cementing cases of providing child support and maintenance. Child support happens to be one of the most popular and main purposes when it comes to civil DNA testing.

DNA For Child Adoption
Child adoption is another area where DNA testing is performed for paternity purposes, and as a result is widely applied. Currently, various adoption agencies will allow the adoption of children into families which matches their ethnic background based on DNA results.

At times, in the past, for adoption purposes, it was difficult to determining the exact ethnic background of a child was, but now, precise DNA testing is able to solve this.

DNA Used To Match Ethnicity
Those of different ethnic backgrounds all usually have common facial as well as other features which are identified as a particular race or group. The same can also be said of their genetic characteristics.

Various racial as well as ethnic groups also have certain genetic markers which are specific to their country of origin. When analyzing these distinct markers, it’s also possible to tell the proportion of an individual’s ancestors, who may of come from this specific ethnic group.

It’s found impossible however to pinpoint at what exact stage that the particular ancestor contributed their DNA. For instance, the results when doing ethnicity DNA testing can reveal that an individual has up to 20% percent of markers which are specific to northern Europe, 50% percent attributed to the Middle East, and 30% percent to sub-Saharan Africa.

Using all of this DNA information when adoption is concerned, the family with the closest ethnicity to the child can then be matched for suitable adoption.

Know Of The Dangers That Is Consuming Too Much Protein