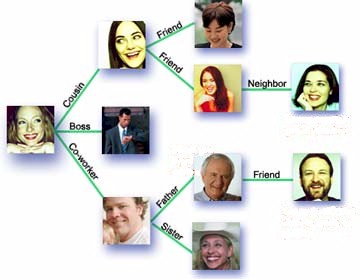 Remember the day not too long ago when you analyzed your websites traffic patterns, and discovered that the majority of your visitors were not entering through your homepage? Instead, they were finding your site through other secondary pages, such as your product page, based on specific search engine queries. You realized that your homepage was no longer the focal point of your website, as entry was from a variety of points. You can blame this on the Distributed Web.

The Distributed Web was once a ‘buzz’ word that may have finally arrived. Imagine an Internet world where your customers, partners and employees will be able to access information and products on your site from anywhere, at anytime, from any angle with relative ease.

The Distributed Web
The distributed web is a constant online brand presence which is spread across multiple channels, as well as platforms, including websites, social media, mobile phones, syndication, email and widgets.

The Distributed Web has actually been promised for a while on the net, but it has been a little slow in coming out. But two recent dynamics may have changed and sped up matters: The prominence of mobile based Internet access and social media.

The mobile Web in full force has arrived. With Apples launch of the iPhone back in 2007, and the growing number of Android based smartphone competitors, the long promised mobile revolution is now in full swing:

• The number of people that’s accessing news and information from mobile devices in the United States has doubled between 2008 and 2009.
• The majority of mobiles are now smartphones, and approximately 60% percent are able to access the Internet from their devices, anywhere and at any time.

All major mobile brands including Apple are experiencing tremendous success with the mobiles.

Everything is also social now as well, involving peer to peer based interaction. In the past 18 or so months, the thin line between “social sites” and websites or even blogs has disappeared. Almost every website, everything from e-commerce based sites to business and corporate intranets, features some component of social interaction.

With shared brand experiences and conversations increasing off-site (from your website), on social networking sites such as: Facebook, Scribd, YouTube and Twitter, as well as hundreds of other community sites, the social Web has completely changed the very concept of where brands and products are represented on the Internet.

The online behavior of consumers, as well as products and brands are changing at a rapid pace:
• 99% percent of Gen Y internet users, those between the ages of 18-24, have at least one profile on a social networking site.
• 75% percent of Americans, aged between 18 to 34 years old have either a Facebook or a MySpace account.
• 79% percent of online marketers utilized social media of some kind in 2010, as compared to just 20 percent in 2007.

So What Does All This Mean?
Does this mean that you will have to trash and burn your existing website that you’ve spent years building? Well, not quite yet. But for some, where a website is accessible only from a desktop computer or laptop, your site will no longer be the central point for users in this new digital world, but rather just one access point.

But fear not, as there will be new opportunities using this new digital model, including better business opportunities than ever before to attract new customers, connecting with existing ones, and finding new sources of revenue.

So Consider The Following:
• 25% of current U.S. based mobile phone users who has Internet access, use it to buy products and services online.
• 82% percent of buyers use consumer based reviews in their purchase decisions.
• 52% of online respondents agree that the e-mails they receive, directly influences their overall shopping decisions and activity.

Also, those consumers that interact with your product brand through non-website based channels, may be your best customers. It’s well known that users who access their Facebook accounts through their mobile devices are over 50% percent more active online, than those who do not.

[ad#co-1]
Transitioning Yourself To The Post Website Environment
When you are thinking about a potential post-website world, you should be thinking of its potential opportunities instead. It’s quite easy to be overwhelmed by the seemingly endless possibilities, or become distracted by the enormous hype surrounding the hot new devices or social platforms such as: the iPad, smartphones, tablets, Twitter and Facebook.

The key is to remain focused on your targeted audience, rather than on the new technology.

Begin by asking yourself the following questions regarding your product, brand or service:
• Who are your primary product or service users, and how does the majority of them use and access the Internet?
• What’s their collective mobile behavior? What are the devices that they use?
• What is their social networking behavior? What type of social sites are they using?
• Where, or at what time or place do they think of, or use your offer, product or service?
• How do these mobile and social users impact our bottom line?

A profile should begin to emerge on how and where your key audience behaves, as well as how they interact with the Internet, and more importantly how you can reach them and then add value to their lives. You can do this by using a combination of traditional websites, mobile sites and applications, email, text messaging, or using third-party sites such as Facebook, Twitter or Citysearch.