The Frustrations Dealing With Passive Aggressive Individuals
Skip to content 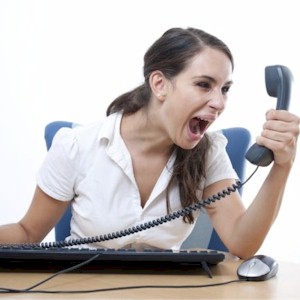 Regardless of what you do, who you are, how much you’ve accomplished in life, realize that you’re always lagging behind in life if you are passive aggressive. Passivity depends on your personality, what your perceptions of the world are , and your station in it.

This your feelings of entitlement and empowerment when it comes to the situation. Passivity can also be a useful strategy of management along with a healthy coping mechanism in certain situations. It becomes frustrating, predictable, boring, and annoying.

Once passive aggression dominates your responses and interactions, which then begins to determine your general approach to life, more often, it can end up doing more harm than good.

The problem becomes that some don’t realize how passive they’ve become. The goal should be to reevaluate oneself, this to see if you have passive aggressive tendencies, and need to change certain habits.

How Passive Aggressive People See Things
They’ll leave their future in the hands of others. “Relationships are too much trouble. If we were meant to be with each other, then things will work out.” Sometimes things will work out, but why not take an active role to build a solid relationship.

What they’ll often do is confuse failure with destiny. “I guess I’m not meant to be in that relationship.” Everyone fails more than they succeed, so rather than waiting things out, do something about it.

They believe that luck is a vital ingredient when it comes to success. “I’m not just that lucky,” or “Others get all the breaks.” You can’t control luck, but what you can control is planning, preparation, and work ethic, so focus on them instead.

How The Passive Aggressive Communicate
They’ll speak in hesitant and tentative terms. “If it’s okay, is it possible that maybe you could…” What’s required is paying more attention to your qualifiers and hesitations when speaking, which is a habit, so it can be changed.

What passive aggressive people seek is constant approval. “If it’s okay with you, then I would like to suggest…” or “I hope that you don’t mind me saying…” If everyone else in the meeting is expressing their opinions or suggestions, then never ask for permission.

What passive people do is belittle their own viewpoints. “I’m most likely wrong but,” or “I’m not an expert but…” Starting a statement by suggesting, makes others think you’re wrong. You just make it more difficult for them to accept what you’re saying.

Passive aggressive people have difficulty committing to a position. “Well, I agree with both of you…” The attempt might be to minimize potential conflict, or to be liked. What they don’t do is endorse, so they come across as being indecisive and hesitant.

How Passive Individuals Will Defer To Others
They’ll constantly put the needs of others before their own. “I wouldn’t mind having some desert, but if you would rather just get the check, then that’s fine with me.” What they’ll do is go against what they want.

What you’re communicating is that their needs are far more important than yours, which is most likely not the kind of general dynamic that you’re wanting to portray. If you want desert, then dammit, just order desert.

They’ll just default to “yes” even if what they mean or would prefer to say is “no.” “I need to get up early tomorrow but, sure, I can stay longer if you want.”

They become worried that others may feel offended or become upset once they say something that they really mean. What you can do is just phrase it differently. You can be sincere and apologetic, while emphasizing that you need to get up early the next day.

Dealing With Those Who Are Passive Aggressive
Passive aggressive behavior can often be an action of a deliberate or masked way of expressing and dealing with covert feelings of anger. This anger becomes expressed passively because of the fear of rejection or backlash.

So the passive aggressive will instead use a variety of behaviors which are designed to get back at something, without the other knowing or recognizing what the underlying motivation or anger is.

The Signs Of Those Who Are Passive Aggressive
Passive aggressive behavior ranges from being irritating, annoying, to manipulative and punishing. This can be easily interpreted with those who may come across being lazy, absentminded, or too busy.

Passive aggression is a repetitive trait which has a bitter angry edge to it. They’ll at times promise to do something, while continuing to do exactly as they please. They’ll hide their anger beneath a compliant exterior.

They rarely give blunt honest straight forward answers but are rather vague such as “I’ll get back to you.” Then they won’t follow through, so you need to remind them. Their remarks directed at you can be hurtful, and you’ll usually hear it from someone else.

Why Some Become Passive Aggressive
They’re typically raised in families where expressing anger was forbidden, so they’re never taught how to release emotion in a healthy manner. They’ll just channel those feelings into other behaviors like an assassin.

Passive aggressive people will put up a facade of being accommodating while hiding their daggers, and will then indirectly stick it to you when you’re least expecting it.

Once confronted, they’ll hide behind a crazy variety of excuses such as “the dog ate my homework,” constantly blaming others, or will drive you to frustration without changing. Since others are unaware of their anger, they remain misunderstood.