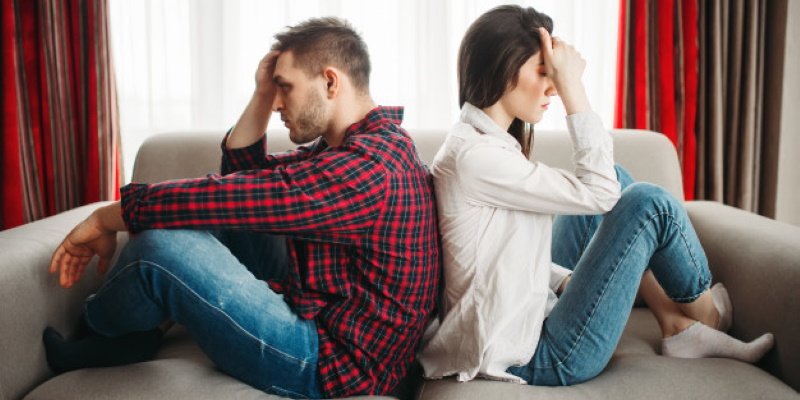 Absolutely nothing in this life lasts forever. Everything eventually breaks, falls apart, separates for one reason or another. The most common is the human bond between two people, which is known as a relationship. Who ever said two individuals were meant to be together forever.

As for the human species, it’s thought to be genetically impossible. We as people, our brains are predominantly nomadic and meant to roam, and not be with the same person our entire lives.

The mind wanders, it’s only human nature to get bored with one another, and we move on.

In this modern day society, it’s called a breakup, separation, or divorce, as almost everyone eventually gets fed up with one other.

We begin to despise being with that person, and want to be alone or with someone else.

During high school it was cool to be bad, to be the black sheep, oppose society, in this case the parents, teachers, and homework. To be the outlaw. But then most grow up and comply with society.

So you marry that rebel dude or wild gal, bracing for a life of adventure, but the old behavior doesn’t stop. They don’t grow out of it, they never mature.

So decades later, they’re still the same person with the same haircut, still attempting to live their glory years. You finally get fed up and leave them.

Cheating on someone is breaking one of the core sacred vows, this especially if you’re married. That once trusting bond is broken forever. It then becomes impossible to rebuild.

The best solution is not cheating in the first place. Just decide to stop searching for lust from all the wrong places, as your partner suddenly becomes more attractive. But by then it may be too late.

Think of all those times you had a bad day at work, and went home in a bad mood. We hurt the ones we love the most. So guess what, guess who gets the business end of you releasing your anger. Your spouse.

Coming home with a mind full of negative energy usually makes things ugly. Instead, why not alter your mood first. The best way is to just ask for a hug and say, “I’ve had a bad day.”

One of the biggest faults is not supporting the one you love, when they need you the most.

Not showing empathy towards someone who’s stressed or burnt out due to some life altering event, shows you don’t care. It’s not worth your time or energy.

This makes you fallacious. If you’re not able to be there in their time of need, and you’re obviously not going to change.

Then a change of scenery might be in order, this to find a more supportive relationship.

You just can’t tolerate your partners friends, this because they’re too controlling, or you feel they’re a bad influence on your spouse.

If it’s a control issue, then step up boldly to save your relationship, this by demanding they not to see them any longer.

If these so called “friends” continue to engage in their bad behavior while disrespecting or disregarding you, then find new mutual friends to hang out with.

6.) – You Lost That Loving Feeling

Once you stop becoming affectionate with the one who loves you, then eventually, they’ll stop asking for this affection, and may seek it elsewhere, like having an affair.

After you’ve turned down the advances of your spouse numerous times, it then becomes too embarrassing for them to ask.

It becomes too difficult to even ask for attention, such as for mutual things like cuddling on the sofa, or holding hands. One benefit of a relationship is intimacy, yet you’re denying it.

What compounds the situation is choosing to lie in the first place, as usually you need to lie again to cover that first lie.

Financial issues account for more than a third of all divorces. It’s financial infidelity that’s become a common catchphrase, when couples are wanting to go separate ways.

If you’re going to “steal” from someone you loves and trusts you, you really then need to establish your priorities.

If you think you’re entitled, or your mate is a hoarder, you still need to alter your mindset.

If you’re not able to work this out, then you might as well divide the assets right now.

It’s the couples who works on their relationship on a daily basis, agreeing to face all the challenges through thick and thin, are those who withstands the test of time.

Giving up doesn’t mean giving in, which is more a process which needs to be considered when you’re at odds with one another.

Relationships need compromise, as you can agree to disagree, this without it becoming toxic. So always talk it out.

10.) – The Communication Gets Lost

Silence is not golden when it comes to relationships. The more you refine your communication with each other, the better off you’ll both feel.

Maturely talking it out on a daily basis, is the most important key to any relationship.

If you have poor communication issues, the odds of having a lasting relationship begins to fail, plain and simple.

So mutually sit down and constantly use the words which counts. You’ll get more volume than you think.

Altering how you treat each other can be as simple as changing a bad habit. If you’re really committed to staying together long-term, then seek expert advice.

Mindfully know how you’re both behaving by taking daily inventory. By taking a look at and assessing what you’re doing and why. Then your relationship might just last forever.

A Roadmap On How Some Become Successful In Life