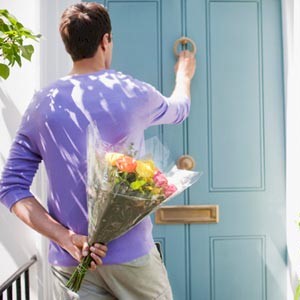 Some dude that keeps up with the latest fashion trend, doesn’t mean he should be considered a gentlemen. Today, it’s becoming more rare than ever to look for the attributes of what a real man should be. There are traits which needs to be realized by women, their kids, and those they associate with.

Being a gentleman, a good partner, a fabulous dad, goes beyond they not being a jerk towards others. There are also plenty of women who needs to apply these philosophies as well. So some of the finer points of being a decent human applies to both genders, but more specifically towards the men.

Being a good man goes beyond having the sense to be polite, to groom well, the knowledge of fine wine, to open doors, to adore puppies, or have good vocabulary.

He Has Respect For Everyone
There are some guys, who are only nice to women he’s just interested in. What this perpetuates, is the thought that this “niceness” is just a tool he uses when seeking intimacy.

A true gentleman should and always is polite and respectful to everyone at all times. He doesn’t show respect, just to garner attention.

Fully Supports His Partner
A true gentleman completely supports his partners life ambitions, even if they appear difficult to achieve. So if the aspirations are to become a writer, there’s full support and belief.

It also shouldn’t be his sole responsibility to completely support someone, especially if the other isn’t bringing anything to the table. If he earns the money, what’s expected is some type of contribution to the relationship.

One also shouldn’t expect someone to entirely support their goals and dreams, this especially if they’re not willing to support it financially or emotionally themselves on their own.

He’s Completely Genuine And Transparent
A true man can’t be bothered to engage in playing games when it comes to romance. He’ll be completely open and honest, this especially if he’s found the “one.”

So there’s no set protocol of counting the days after a first date to call again, he won’t pretend that he doesn’t like you, or purposely withdraw affection, this so you’ll want him more.
.
He’s There When Things Get Tough
Relationships often hits rocky roads and aren’t always sunshine and rainbows. There are some days which can become incredibly tough, this regardless of how much you love each other.

What a gentleman won’t do is back away, this once things get a little difficult, as he’ll support you completely, the ups and downs, adamantly defending the relationship.

He Always Opens Doors
Why is it even a controversy, as there are some who doesn’t like others to open doors for them. The truth being that you need to walk through the door. So it comes down to who goes through the door first. It’s just polite to open or keep it open, this until you walk through.

Others find it incredibly rude if they’re right behind someone, and they allow the door to slam in their face. What a true gentleman will always do without fail is keep a door open for anyone behind him, this regardless of gender. It’s just common courtesy.

What He’ll Do Is Compromise
What a true gentleman knows is that compromising is a necessity, this when wanting to maintain healthy happy relationships, this regardless of what his own needs or wants may be.

This regardless of what’s going on in his current life, that he’ll take his partner, parents, friends, or kids needs and opinions into consideration first. It doesn’t matter who he is, all he knows is it’s not about him.

He’s Sensitive
This in the volatile world we live in, there are a lot of individuals including certain groups, who constantly argues that a man who’s too sensitive or a feminist, is a sign of weakness. What many also confuses is sensitive males with misandry.

How a real gentleman translates feminism to be, is the belief that both men and women should be treated equally, and they’ll do so since they have no issues with that.

He Helps Others
What any gentleman will do is go out of his way to help his fellow human in need, this whether they’re loved ones, or someone who are complete strangers.

This isn’t saying that they need to devote their entire lives dedicated to helping others in need at all times, but random acts of kindness is always appreciated.

He Always Puts Family First
Whether it be his partner, parents, siblings, or close friends, what a true gentleman does is puts these people first, ahead of himself.

He’ll never abandon his sick wife to go drinking with his buddies, or avoid holidays such as Easter, because he doesn’t want to see the in-laws. Family is everything to him.

Gentlemen Are Always Genuine
Some guys will claim that he’s a “nice” guy, but know that’s impossible. There are some who’ll say that he’s completely respectful towards women.

But the instance that she turns on him, or if she doesn’t immediately fall head over heels, or drop to their knees for him, he sulks.

She may of not reacted favorably when he recited unsolicited poetry to her, gave declarations of his love, referred to her as she being his soulmate, all within two weeks of dating.

What usually follows is he calling her the b-word, while whining about not wanting to be in her “friend-zone.”

These guys aren’t that nice and certainly not a gentlemen, this regardless of how they appear to come across, or how many red roses they send.

All they’re doing is covering up their psychological issues and misogyny, in a veil of chivalry, fedoras, and charm.

How Raising Yourself To The Challenge Means Making Changes