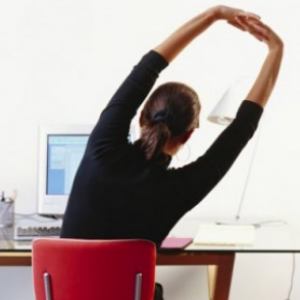 Anything that involves change becomes daunting for anyone, as it’s associated with ones familiar habits, routine being changed, which ensues in instability. Realize that once anyone describes themselves as being in a rut, what they’re usually referring to are common situations which has become too stale.

What they’ve lost is their mojo, that spark they once had, that interest and motivation to do something. If you’re completely happy with your current life, then you wouldn’t be considering making any changes at the moment. But to improve, to get better, change is inevitable, an unavoidable state of growth.

So ask yourself if you wanting to change has anything to do with how your current personal situation is. This particularly if you’re dissatisfied, or if you constantly dwell on the negative. Do you avoid taking risks instead of seeing things as opportunities.

Change Is Next
What’s thought is that making change is too hard, but most also realize that to improve their current state of life and well-being, this in order to get better, to extend their lives, that it’s change that needs to be made.

Change however is viewed as a painful process, but what needs to be realized is that it’s never too late to make alterations for the better.

The first step is taking inventory and then understanding what’s most important to you, and then determining the choices and decisions which needs to be made, to get where you want to be.

Maybe it’s a new career that you want, to lose weight, start exercising, or find a new relationship. Whatever the change is, make sure that you understand why you need to make that change, and then firmly commit to it.

Previous Alterations In Life
Reflect back to think of a time in your life that you’ve made a successful change in your life, or consciously developed a new habit because you wanted to. Remember what the motivation for that change was.

What was your station in life, your attitude at the time. What were the obstacles that you needed to overcome. Your level of readiness to making a change, determines how successful you will be, and how long it will take.

Once you make the firm decision to make this change, you need to practice that new behavior you want to adopt, this one moment and day at a time until it becomes a habit, which is lasting change.

Willingness To Change
There are some who constantly welcomes change for the better, while others hesitate and procrastinate until the urge passes.There are also cycles that they go through to make this change.

There are gradual levels of making a change, from having no interest whatsoever, to maintaining the change after it’s been made. The biggest challenge for most is resistance, which is the initial response when needing to make alterations.

At times, most don’t see the positive side of making a change until it’s proven or shown to them, or they’re forced to realize it on their own somehow.

Most changes are also a choice, something that we decide to do to improve. This is the same for wellness, as it’s also a choice. Once you’ve decided to make change, then you feel better for it.

Embracing Change
To embrace the concept of change can become an issue, the reason because what most think is that they don’t have a choice, or that it’s forced on them.

The reason for this is because it’s fear, love, pain, guilt, time management, which forces them to make the change.

What motivates one person isn’t always the same thing which gets someone else to change. Everyone reacts differently to change, this whether voluntary or mandatory.

Start Making Changes
To begin making any type of change, what needs to be let go are certain assumptions, or habitual ways of doing things in the past, this to make room for the new change, to accept new ideas to replace the old ones.

This needs to be worked on patiently, one day at a time until it becomes comfortable. So if you’re wanting to exercise more, this because you’re completely sedentary, you want to slowly increase your activity level.

You currently working too much, is the reason why you don’t have the time to go to the gym to go exercise. So what you believe is you don’t have, or can’t afford the time in your busy day to go workout.

Adapting To Change
The best solution is to start slow. Instead of hitting the gym right away, which takes valuable time as you need to work, begin by walking around the office more.

Begin taking the stairs, or take a brisk 15 minute walk during lunch. Changes which won’t interfere with your work.

As you’ve begin to walk more, what you did was adopt a new habit, which is finding different ways to get fit, such as walking to work.

Eventually, you’ll replace or rearrange the time spent on work, this to make room for more exercise. You’ll then eventually find the time to join that gym.

Making Change Last
To make any change last, what you do is pick up where you left off, and then build on it, this by doing a bit more, pushing yourself further every time.

If you fall back a bit, experience resistance, then identify the cause or circumstances. Identify what your emotional state was. The key is getting back on track again.

You’ll most likely go back and forward a few times. Your level of readiness and willingness to change will determine how successful that you are, and how much time and effort it’ll take. What you need is to always be ready, willing, and able.