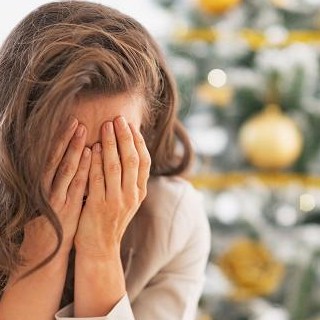 Every person one way or another, at one time in their lives, has seen or experienced some type of unnecessary suffering as a child. Everyone has a story to tell, about themselves or someone else, this regarding the current state of human welfare. There are always stories of kindness and gratitude, which restores a sense of hope.

This is about a schoolteacher in a small rural community called 100 Mile House, who taught third grade. On the very first day of school, she announced to the class, “My name is Miss. Leslie Glenn, and I love each and every one of you the same.” But she knew that wasn’t always the case.

There was one particular boy in her class that she didn’t like that much; his name was Danny. He was aloof, his hair was always unkempt, he came to school dirty wearing the same clothes. He had a dull uninterested glazed look in his eyes. He never paid attention.

His Failing Grades
When Miss. Glenn got Danny’s class assignments, she would persistently be biased, as she would cross big X’s on his work, while feeling delight. She found pleasure placing a big red “F” on the top of his paper.

She read the report from his first grade teacher, Mrs. Nelson, “Danny is a nice boy, but his home situation appears chaotic and difficult.”

His second grade teacher wrote, “Danny is a good boy, but isn’t getting that much support from home. Danny is withdrawn, because his mother passed a few years earlier.”

Miss. Glenn Should Know Better
But she just didn’t like Danny. The Christmas season came around, and all the other children brought Miss. Glenn gifts which were wrapped in colorful paper, adorned with bright bows. Danny brought a gift wrapped in brown paper, held together with plenty of tape.

When she opened it, what she found was a rhinestone bracelet, where most of the stones were missing, along with a bottle of common perfume, mostly used up.

She was mannerly enough to spray a bit of the perfume on her wrist, commented it smelled nice, while putting on the bracelet, and thanked him.

At the end of that school day, everyone but Danny left. Tears streamed down his face because Miss. Glenn smelled like his mother. The perfume had been hers, the bracelet as well, and Danny thought it looked good on her.

A Love That’s Unconditional
Miss. Glenn dismissed Danny. She then began to cry, as she placed her head on her hands. She experienced a transformation moment; which altered her life forever. When Danny arrived to class the next day, she felt completely different towards him. She began to tutor him herself.

Over the years, what Miss. Glenn did was stayed in touch with Danny. A decade later, she received a note which said, “I just graduated from high school, I wanted to tell you first.”

Four years later, she got another note which said, “I graduated from university. It was difficult, but I persevered and began to like it.”

Years later, she got another note that said, “I can now use my credentials after my name, Daniel Smith M.D. I’m also getting married, and would like you at the wedding in my mothers seat.” Love Dan.

We Feel Both Sides
What we all experience in this journey of life is a part of us that’s Danny, an undisciplined needy child who’s disadvantaged. We also have a dedicated generous commitment to serve, much like Miss. Glenn did.

The story reminds one to think of someone who’s believed in our potential, even if we couldn’t see it ourselves. Our abilities were then extracted from us, as Miss. Glenn did for Danny, to become the man he is today.

Out Of The Midst Shines Brilliance
What we all need is support from our family and friends who believes in us, this in whatever we choose to do, whichever path we take, to realize our magnificence.

There are always special teachers from our childhood who still stands out, who inspired us, while we choose to find other teachers in our adult life to help us iron out the rough edges, strengthen our weak spots. Someone who believes in our unique gifts.

The process of being tutored, mentored, mothered, or fathered, is an ongoing process. We can never outgrow our capacity to learn, this especially from flesh and blood, rather than online data.

We’re Here Right Now
You’re reading this because we’ve all got this far in life today, one where there has been significant people in our lives who have poked, prodded, and pushed us. Someone who believed in us, healed us, encouraged us, challenged us.

They may of not been in our lives for long, yet their impact was strong, at times profound. We would be in a worse, more sorrier state of life without these extraordinary generous people.

Pay It Forward
One day the tables will turn, and we’ll decide we want to have that same impact on someone else, at times unintentionally, unknowingly, this by just being ourselves.

We set clear intentions on how we can contribute, as we discover those who are open to our influence. To be received and heard by another feels good. Our esteem elevates with each act of generosity, as the cycle of giving, receiving, and abundance increases.

The Art Of Giving
It’s important to remember that the greatest gift we can give aren’t always the material ones, but it’s the love of hope that we unconditionally give to others.

True fulfillment and joy comes from giving our focused attention, showing interest in knowing how special they are. To share, learn, and discover.

The Key To Financial Freedom Is Multiple Streams Of Income