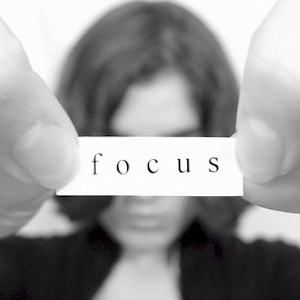 If you’ve ever thought that you have the “goods” to be a roaring success at whatever you want to do in your life, but your brain isn’t quite cooperating just yet, well, there are ways to close the gap.

Professional marketers are aware of this since they’ll spend their entire annual budgets on influencing us into purchasing their wares, their particular brand or service, something which you most likely don’t even need, or afford, but will buy anyways.

Say for instance that you’re in the market for a new car. You begin by looking at the various car commercials where they’ll display the entire virtual experience of you already owning that car.

The feel, the speed, the smell of the leather, the handling of that car which is most likely more luxurious, and thus more expensive that you can afford.

The experience appears extremely real, and during the entire car ad, you think of yourself already owning that automobile. What they planted in your brain is what’s known as cognitive dissonance.

How it works is it’s actually a feeling of discomfort which is the result of having two different beliefs in your thoughts. The initial belief being what you really want and deserve, such as that high priced car, and the reality belief that you know you can’t afford it.

Wanting But Not Having
Your current life experiences are also somewhat similar, which is a mental tug-o-war on what you want, and what you have. You continuously work tirelessly on a daily basis towards your goal, struggling long hours, hoping for that ultimate dream which you haven’t achieved yet.

What most don’t realize is that at this point, it’s possible to program your subconscious mind to fast track itself to reach those dreams a lot quicker. It may seem too easy or sound like science fiction, but the actual act of visualizing what you want can make it a lot more achievable.

This visualization process is powerful because once you see, feel, and smell an image which portrays that desired outcome, the cognitive dissonance reaction in your brain kicks in and will naturally increase.

You Become What You Visualize
This is ideal since what the associated discomfort does is it sends a message to your brain proclaiming that you’re not yet giving up on your goals. What the brain wants to do is continuously balance itself so it’ll alter it’s prerogatives to decide how to make what you want happen.

Once you visualize a desired outcome, both intentionally and routinely, and really begin believing that it’s entirely possible, what our brains will do then is it will increase the motivation to make sure that it happens. We’ll then become that much more focused and determined to do what it takes to achieve that goal.

In addition to the motivation being increased, you’ll also begin to find creative ideas which will help you in achieving that goal. You may suddenly get struck with a brilliant idea while you’re in the shower, or while jogging.

This happens because what visualization does is it prompts the brain to work overtime to resource out what it previously ignored. Now that the brain knows your goal, it will help in you becoming more aware as well as open to resolving that desire.

So there’s really nothing for you to lose since you may currently be stuck in a rut, or spinning your wheels. If you’re uncomfortable with visualization, then try day dreaming instead.

Use the following steps to incorporate visualization into your life, try this for at least 30 to 60 days for it to take full effect, then see what happens.

How To Use Visualization To Get What You Want

Knowing Exactly What You Want
Your goal needs to be precise and specific. So it needs to be something like you wanting to increase your sales by 35% percent, for instance. Once that’s sent, don’t dwell on the “how and why,” as that wish will find its way back to you.

Just settle on a clear specific goal that you want to achieve and then make it believable and realistic within your grasp, although it may currently just be out of your reach. Once you become better at the visualization process, you’ll then begin to set your sights higher.

Visualize A Certain Image
Choose a specific image to visualize in your mind as you go through the daily visualization process. Realize how you’ll feel once you actually begin increasing your sales by 35% percent.

How will you feel or react once you know that you’ve succeeded? Capture the visual of taking that well deserved vacation which you have been putting off for the past few years.

Make Sure You Visualize On A Daily Basis
Once you become familiar with the visualization process, you’ll then be able to do so at will, wherever you may be. But to begin, you’ll need a quiet undisturbed area.

Also make sure that you’re completely comfortable while focusing on your breathing technique. Relax as much as possible and begin seeing the image of your success, then allow your mind to grasp and then wander with the image.

See yourself stepping on the plane to go on that vacation. Imagine taking all of those large checks to the bank as the teller greets you enthusiastically.

Step directly into the power and the feeling which this image beholds and make it real. It’s important that you continue to hold this heightened feeling for at least 10 to 15 seconds, or for as long as you can.

Make sure that your consistent and never give up or entertain the thought that it’ll never happen. Then document how you eventually made your visualization into reality.