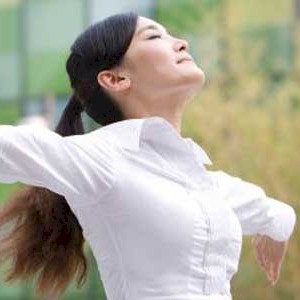 Some will just view self promotion, pumping one’s own tires, as too egotistical or annoying, feeling it lies close to being narcissistic. So what you need to do is find the balance, the perfect middle ground promoting yourself while still being adored by others.

Most also have no idea on how to promote themselves properly. Some have a natural gift for it, as the trick appears to be finding that perfect stance somewhere between being a wallflower, an introvert, to talking too much and too loud.

So somewhere there in the center is where you can project yourself most effectively, to come across as a well balanced sought after person. Self promotion, talking about yourself is an art, and once perfected, others will begin taking notice and follow you.

There’s also times when you need to take a stand on your soapbox and even brag a bit about yourself every once in a while. If you happen to do something that’s outstanding, then by all means you should talk about it and let others know.

But make sure that you do so with the right crowd, and also make sure that what you performed was truly remarkable. These “right” people will then become energized by your success, and won’t be turned off or be annoyed by you continuously self promoting yourself.

Ways To Effectively Self Promote Yourself
Allowing The Results To Speak For Themselves
Most people will care about what you’ve accomplished, and not what you’re about to do, this based on promises. There’s nothing that’s more spectacular than getting someone’s attention because of your results.

So how have you single handedly improved your company’s bottom line, what major nagging problems have you solved, what type of positive movement have you started.

Have you ever led others to achieve something that’s great. Once you accomplish something that has value, then the natural acclaim will come to you, allowing you to self promote yourself.

Speaking Of What You Did
There are different degrees and magnitudes of achieving something. For instance, if you happened to of:
“Created jobs for others, as you have a talent of empowering individuals on a daily basis.”
Which is a completely different achievement from:
“You beginning a nationwide franchise of manufacturing companies which employs 500 people.”

Talking about what you actually believe in will give you a nod towards your accomplishments without needing to say what they are. If others are really interested, then they’ll usually ask.

Promoting Other People
There are some who are masters at promoting others. But what they won’t bother telling you is how they themselves are able to inspire or help others to achieve.

Or how they’re able to lead a start-up movement which has tenacity, or how they’re one of the most passionate and determined individuals that you’ll ever meet. The reason is because they don’t need or care to.

These individuals will rarely talk about themselves and their own string of accomplishments. Yet, they remain as one of the most respected figures that you know.

Know What You Want To Be Known For
Always be working on your strength and skills which differentiates you from the rest of the pack, then allow others to brag about you. If you’re too dilettante about yourself, others will be perplexed on who you really are, so they won’t bother saying anything about you.

What you need to do is find what your particular “superpower” is, what sets you the individual apart, and do better than what anyone else can. If you really excel at something, people will then flock to you because of that particular skill.

It may not be directly verbalized to you, but you will know by all the people who will begin to knock on your door. People will always start to promote you once you begin promoting them.

Know And Admit All Of Your Deficiencies And Failures
Once someone admits failure, it’s a sign of vulnerability, which also happens to be one of the greatest leadership qualities that’s known. What failure and admitting defeat does is it humanizes the path towards success.

Once we feel any type of connection to another individual on a peer to peer basis, we’re then much more likely to be by their side and willing to help them advance their cause.

Being logical or intellectual only gets you so far, but being authentic and showing a bit of humility can take you a lot farther.

What The Top Trends In Mobile Marketing Are Going Forward