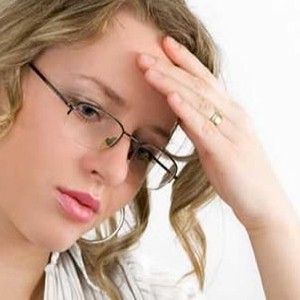 Getting older can naturally lead towards the brain not functioning as sharp and witty as it once did. We begin to get frustrated by forgetting simple things that we forget in our short term memory.

We’ll walk into a room and wonder why we ever did so, fail to remember where we left the car keys, forget certain words that we want to speak, suddenly forget names of people we want to talk to, as these memories escape you.

Getting distracted is also becoming a common occurrence as you’ll suddenly change your mind, or don’t bother finishing what you’ve originally started. Forgetting these simple things can be embarrassing, and as a result, we become perturbed, but will also generally keep it to ourselves.

These conditions of memory loss will generally hit us once we’re around 40 years of age or so. During this approximate age, you’ll most likely begin noticing changes in your memory recall, or other abilities of thinking.

Most likely, you can relate to some or all of these memory conditions, or there may be other changes as well. This can be a disturbing situation for some, as those affected are wanting to know if these conditions are normal, or if their experiencing early signs of cognitive impairment, such as dementia.

What’s Considered “Normal” Memory Loss
These various memory changes need to be placed in their proper context. You’ll need to realize that absolutely no one has perfect memory recall, or has select memory, this regardless of how old they are.

For instance, if you look at school kids in Elementary school, there are some who will constantly forget where they left their lunch box, or remember the name of their teacher on the first day of school once they get home.

It becomes easy to understand why everyone’s memory isn’t perfect. Long term research show that most people will naturally notice a decline in their memory recall as they grow older. A few of the most common examples include:

• Not being able to remember the name of someone, an acquaintance or a distant friend, that you’ve unexpectedly ran into
• Walking into a room in your house, or in the grocery store, and not remember why you went there, or you can’t recall the items to buy
• Quickly forgetting the name of someone that you’ve met just a few minutes ago
• Misplacing or forgetting where you left your keys, a common phone number, or where you left your mobile phone
• Forgetting to do something altogether, even if you had reminders to do a certain task

These instance are usually referred to as “normal” memory lapses, since they’ll happen to individuals on occasion who are considered to have perfectly healthy brains.

So under these circumstances, there’s no real cause for concern or panic if they happen every now and then, this particularly if there’s no serious consequences as a result.

For the majority of the time, these issues are common and associated with the aging process, or because of being suddenly distracted, or when under temporary stress.

Forgetting on occasion also occurs if you’re doing something completely new, or different from your regular routine for the very first time.

The Types Of Memory Loss You Should Be Concerned About
There are some lapses in memory which should raise a bit of a “red flag.” So know if you’re experiencing any of the following issues, such as:

• You repeat questions, comments, or statements, or retell the same joke, story, or experience in a short period of time
• When out for a walk or shopping, you get lost or disorientated in places which are usually familiar to you, such as your own neighborhood
• You forget important, major, or meaningful dates and events directly after they happened
• Others begin to mention your memory mistakes that you’ve made which you’re not even aware of
• You’re being forced to or feel the need to give up certain routine activities, or favorite hobbies, or you’re not able to visit people or places because your lapses in memory gets in the way
• You’re beginning to experience potentially serious consequences when it comes to your memory issues, such as leaving the stove on, or forgetting to pick up your grand kids from school for the 3rd time this week
• Needing to call a locksmith to re-key your home since you lost your house keys

Steps To Regain Memory Loss
If you or someone you know are experiencing or beginning to experience any of these more significant issues, you should be aware but there’s no need to be that alarmed.

The majority of times they’re related to conditions which are treatable, such as a lack of the proper vitamins, or a thyroid deficiency. Some issues may even be temporary which will usually resolve on their own, such as having a particularly stressful day, or having a poor sleep.

Under these conditions, your memory should return to normal once things get better managed or are in order. Consultation with your doctor is also recommended if some or all of these memory changes persist.

The majority of these issues are just age related and you’re just beginning to experience mild cognitive impairment, or it could be something more serious.

The good news is that there are now better ways to maximize and maintain the health of your brain and thinking, which minimizes any future decline in memory loss.

Why Is True Happiness Associated With Material Possessions

Using The Seduction Methods Which Forces People To Like You