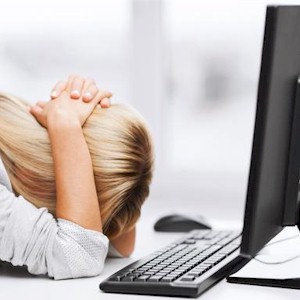 One of the biggest personal fears, this regardless of how successful one becomes, is they don’t feel adequate, that they feel like a phony. This from all walks of life, from leaders of industry proficient at their jobs, to hard working mothers rearing outstanding children.

They feel like they’re a fraud, not genuine and don’t deserve what they’ve achieved in life. Some refer to this as the Imposter Syndrome, where successful people are unable to accept themselves or their accomplishments, like they’re faking it through life.

They think that deep inside they’re total failures, are stumbling, and convinced that sometime soon, others will discover this, expose them for who they really are, that they’re incompetent.

Once someone reminds or shows them evidence of what they’ve achieved, or how developed they are, they’ll instantly dismiss or won’t acknowledge it, claiming that they just got lucky, and it had nothing to do with skill or ability.

A Lack Of Self-Esteem
This means that the person, regardless of their accomplishments, has no confidence in their self worth. It’s found that most will know what they’ve achieved, but without fail, will instead pinpoint all of the mistakes they’ve made along the way.

They’ll dwell on their failures. Although they appear to have a tough shell, what they’re doing is covering up an extremely fragile ego. They obsess on their mistakes instead of appreciating their wins.

Feeling Disappointment In Oneself
They constantly feel that they need to be at their best at all times, this in whatever they do. If they don’t stand out, then they’re not good enough.

They work extremely hard to gain this recognition, but if it doesn’t occur after a period of time, they lose confidence and the will to succeed evaporates.

What they fear is not making enough money at whatever it is they do. Although they usually have enough of it saved to be comfortable, but it fails to match their expectations, branding themselves as a failure.

They begin to feel vulnerable and upset that their goals aren’t being met. They’ll create something, work on a new project or get a new job, and find that it’s more difficult than they originally thought.

The more failures that they’ve had in the past, the more that these difficulties begins to weigh them down, this when it comes to the judgment of who they are in their life.

What they did was set goals and then promised outcomes for themselves, while telling their friends, family, or colleagues of their grandeur dreams. Now they fear that they may not be able to live up to them.

Even if those wishes were unrealistic, or there were unforeseen circumstances and they couldn’t possibly predict them, they’re still embarrassed and disappointed that they couldn’t accomplish them.

They took on a work project since they were the only one with the expertise to do it, but still resented the time and effort that it took, or those who they had to work with, or that they ended up making too many mistakes. The end result being something they weren’t proud of.

The Need To Separate Yourself
If this is you, then the problem begins once you don’t differentiate yourself from all the mistakes that you’ve made, the disappointments, or the poor results which are often out of your control.

You then call yourself a failure, this because your plan or venture didn’t work out, or the work didn’t garner you the attention, appreciation, or the outcome you expected.

Maybe you made small judgements of errors or mistakes, or didn’t think of all the possible outcomes of what could potentially go wrong. This doesn’t mean that you’re a failure, even if you feel like one.

Analyzing The “Failures”
What you don’t need to be told is that mistakes are learning opportunities, as that’s always been the standard reply. What you need is to identity why you feel like a failure, and then explore and analyze the truth from there.

Precisely and honestly articulate what you expected to happen. Be completely realistic about what you hoped for, this even if you now realize it wasn’t possible.

Describe what you’ve got right now, today, this without comparing it with what you hoped for. Appreciate what you currently have, such as your experience, knowledge, and your insights.

Just Think Forward
Realize what you can be grateful for, such as the emotional support you’re getting. If you haven’t lost everything in life, then you’re not a failure.

Keep in mind that the best laid plans might fail, may not be fulfilled, but what you still have are valuable resources and assets which will propel you forward.

Admit and then declare that it was the best idea at the time and a good effort. Once you made the decision, you put forth your best try. Give yourself credit for that. Write down what you didn’t know at the time, as this hindsight will help you in the future.

Look to see what’s possible moving forward. What will make you more relevant, what’s there in the future that you can look forward to.

What you can’t do is fix the mistakes, or force to like your current situation, but you can recognize its value and the possibility of a more fulfilling future.

Live Your Dreams
Shift your daydreams into reality. Envision what they’ll look like in a month, a year from now. Every time that you catch yourself dwelling in the past, shift your vision towards what you’ve created. Make plans to make those dreams come true.

Once you do so, you’ll then recognize and appreciate your successes. Although you’ll still experience failure, the hopes are that you’ll stop calling yourself one, while not caring what anyone else thinks of you.