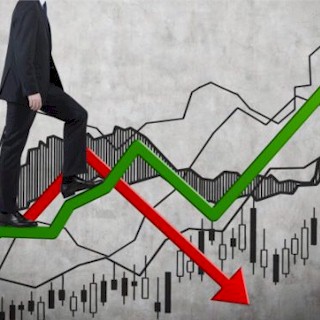 Stocks have been compared to playing checkers, where trading the options market is more like playing chess. Options offers extended opportunities and flexibility for traders and speculators. Once traders learn a few proven trading strategies, the risk of trading the same stock is reduced, offering better opportunities for profitability.

On a daily basis, trillions of dollars worth of shares are bought and sold, in all the major exchanges around the world. Trading is considered the purest form of capitalism, where money is put at risk, this to speculate on any major global corporation anywhere on the planet, in the pursuit of financial gain.

There is a far better way of speculating on the financial markets however, a more calculated mathematical approach, and that’s trading stocks on the options market.

For those who do so, they all claim it’s far superior and advantageous, with less risk, as what doing so offers a variety of “options” and better leverage, to profit.

They come with different strike prices and expiration dates, which allows tremendous leverage. Each option can control up to 100 shares of stock, in a particular company.

The Advantage Of Leverage
Leverage is defined as using a small amount of capital, to control a large asset. This is similar to real estate, where just a small down payment, allows a prospective buyer to control a large piece of property.

Options allow the trader to control up to 100 shares of stock, with just a tiny fraction of capital, which is called the “premium,” or the cost of the option.

Trading Options
Another advantage is using credit spreads. If ABC stock is in a trading range and staying above support, at say $50 a share, what’s then possible is creating a credit spread, known as a Bull Put Spread.

Allow both options to reach their expiration dates, and then collect the difference between the premium received for selling the $50 Put option, and the cost of purchasing the $45 Put option.

The only time the position could lose money, is if it declines below the breakeven point. There are a variety of other similar option spreads, which routinely generates returns of 10% to 90% per position.

Shorting Stocks
Another advantage is shorting stocks, without the restrictions of short-selling. When shorting a stock in the anticipation the price will go down, a large cash outlay is needed, or Put options can be bought.

When shorting stocks, what’s also required is paying interest on the stock that was borrowed to short the stock, plus paying back dividends, that the stock may of paid during the time it’s held.

With Put options, all that’s avoided. Quicker returns are also realized, this because stocks usually falls twice as fast, as they rise.

Additionally, if a stock is rumored to miss its earning projections, what’s possible is profiting by playing the negative earning release, in the right market environment.

The reason being, that stocks can often gap down quickly, such as 50% or more on bad news, which means a huge profit potential for smart options traders, without risking a lot of capital.

Less Risk Trading Options
The most that you can lose is the actual premium, say $200, that was paid for the option itself. If a stock gaps up or down on news, and you’re on the wrong side of that trade, all you risk is the amount that was paid on the option.

For instance, say a company reports strong earnings, but not as great as what Wall Street predicted. A few weeks later, the CFO speaks publicly about a temporary pullback in their future growth, and the stock plummets.

If an options trader were long on the stock with Call options, they would have only lost a small portion of their overall trading capital, this compared to someone who bought the stock outright.

The Advantages Of Trading Options
The advantages of trading options, far outweighs trading stocks. There are numerous ways on how option traders can profit, this provided they’re disciplined enough to learn the strategies and then take action.

Stocks have been likened more to playing X’s and O’s, where trading options is similar to coaching a football game, drawing up and executing plays, although the end objective is the same.

Trading options however as a result has a steeper learning curve, but offers superior opportunities and flexibility.

Once the options trader masters just a few of the strategies that are available, they’re able to better assess the risks that’s associated in the markets, while potentially placing themselves in positions to profit more handsomely.

What Resolute Requires Are Strategies To Overcome Procrastination