What Resolute Requires Are Strategies To Overcome Procrastination
Skip to content 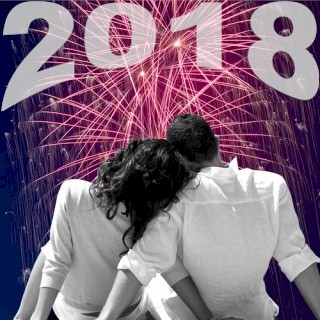 It’s a New Year, a new start, to make new changes. The biggest obstacle remains procrastination, like it’s an illness. We want to change, but continue to keep putting off the steps that we need to do, to reach the desired results. So how can we all get our “sheet” together to do so.

Obviously there’s no easy solution, so what’s needed is developing strategies, which can ease the transition by using step-by-step changes. One of the most difficult when forming new habits, is actually remembering to perform the new habit itself, as we’re creatures of habit, so they become difficult to establish.

A habit, by definition, is something that we do automatically. Once we operate on autopilot, what we do is forget the promises that we made to ourselves.

What we’ll do is grab a bag of chips and start munching mindlessly, even though we vowed to avoid them. We’ll realize right before we go to bed, that we forgot to exercise that day.

To Overcome Forgetfulness
The easiest way, is to visually place reminders in the most obvious places. Use sticky notes or colored markers, anything that will catch your attention.

Place them on your fridge, the dashboard of your car, the bathroom mirror, enter them in your smartphone, this to give you a visual reminder.

The key becomes not to have more than 4 notes at a time, while changing them frequently, so you won’t start to overlook them.

Each evening, set aside a few moments to write down all of your tasks for the following day, which includes the new habits that you’re trying adopt.

Place them so you can’t avoid them, by using brilliant “sticky” notes, so it’s the first thing that you’ll see once waking up the next day.

Over time, this itself will get habitual, as you adapt to your new habits, and you won’t need the reminders as often.

Envision What The Outcome Will Be
We avoid tasks that we think won’t be fun doing, or are mundane and boring. So instead, decide why you’ll enjoy that activity, the outcome, and how it’ll make you feel inspired.

State the reasons out loud, and then affirm why you should do them, and then take action. For instance, “I enjoy working out because I like to sweat, which makes me feel great. It releases tension, because of that endorphin rush!”

See yourself in that slinky new dress or well tailored suit. After just having a few minutes of these visualizations, you’ll then appreciate the wisdom of sweating it out for 30 minutes, making that workout a priority.

Psyching Yourself Up
Repeat back to yourself, I want and can do this. I deserve to do this. I’m powerful enough to create the life that I want. I won’t be held back by fear or negativity.

I’m capable of doing so much more than I’ve done in the past. Regardless of how successful I get, there’s always room for growth and improvement.

What’s known is that by using affirmations, you’ll begin to feel your resolve grow stronger, your excitement building, as you’ll actually begin to look forward to taking the steps which leads you to success.

All It Takes Is 5 Minutes
If you’re struggling to get going, make a vow by promising to yourself, that you’ll stick with the new task for at least five minutes, which isn’t a long period of time.

Convince yourself that you can do anything for at least five minutes, and then just start. Once you know that you just need to work on it for this period of time, it’s less overwhelming, and short enough to nudge you to take action.

After the five minutes are up, then give yourself permission to stop if you want to. More often than not however, you’ll decide to keep going. It’s the “starting” that holds us back.

Make Sure You Reward Yourself
Once you get started and working on your goal for at least 5 minutes, give yourself a pat on the back. This can be giving verbal praise, or an actual physical reward such as that new book you’ve been wanting to buy.

The reward also doesn’t need to cost anything, as it could be a soothing bubble bath, or a nice walk in the park. It’s important and should be a priority, to praise yourself once reaching a goal.

Constantly encourage yourself, just like you would a child or a best friend, who’s working on making their dreams come true. Make sure you acknowledge your wins.

Make Sure That You’re Consistent
Keep in mind that forming new habits, resolutions, while overcoming procrastination is a mindful process. It would be great if we could decide to change, and then it happens, but we know it doesn’t always work that way.

We need to become aware of all our self-defeating actions, this by taking the effort to change them moment by moment, and day to day.

The Steps To Take When Setting Up New Goals
Instead of setting ourselves up for failure by saying, “I should…,” turn it around and say, “Today, I will…” This makes change not as intimidating, and you won’t feel pressured to be perfect.

It comes down to our willingness to keep getting up, after we’ve stumbled a few times, which will eventually strengthen our resolve and lead us towards the path to success.

What almost everyone does is struggles with procrastination. Begin by mentally setting yourself up for success, this by developing step-by-step strategies which will eliminate all your excuses.

Why You Need To Market Yourself And Not Sell Your Product