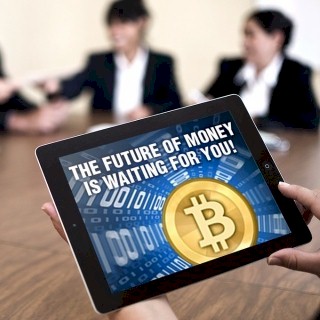 Every few decades or so, there’s a brand new ground breaking technology that evolves. Over a century ago, it was the automobile, and more recently the personal computer, and its evil step child the Internet. They seem to suddenly appear out of nowhere, the public remaining skeptical.

But know that the planning of any new technology isn’t suddenly new. There’s usually decades of research, that’s gone into the invention. The concept is then developed, and introduced to the public. For our generation, it’s been the personal computer, mobile technology, the Internet, and now crytpo currencies.

They eventually become essential mainstream products that’s adopted by everyone, this once industry begins to commercialize them, and then everyone wonders how they ever survived without it. So get ready for the latest greatest technology, that is crypto currency.

This particular technology, its research and development has actually existed for a couple decades. Cryptography, which is the scientific theory behind the concept, was conceived over half a century ago.

Most however, have only become aware of Bitcoin, which is it’s most famous crypto, because of its recent spike in price. Since it’s relatively new, the technology remains misunderstood.

Bitcoin is the end result and the star attraction of a computer science project, this after years of study and research. This has resulted in the invention of a secure unregulated form of virtual money exchange.

Bitcoin is a money transfer solution, an algorithm, which establishes iron clad secure virtual verification between between two unrelated, unknown parties or individuals, who can safely transfer money over a massively unregulated network such as the Internet.

Crypto The Solution
So what Bitcoin does is it solves the problem of virtual anonymous secure money transactions, this for the very first time in Internet history.

A valid method for one user on the Internet, to be able to transfer this unique piece of monetary digital property to someone else that they don’t know, another Internet user or whomever, and that transfer is guaranteed to be completely safe and secure.

Secure and verified because everyone on the Bitcoin blockchain knows that the transfer has taken place, while no one has the ability or the need to challenge the legitimacy of the money transfer.

This breakthrough when it comes to financial transactions on the Internet, remains impossible to overstate.

Any possession that you own, whether it be digital or physical goods, anything that’s e-commerce related, the money to purchase these goods can be transferred with complete anonymity, using crytpo currency.

Welcome To The Blockchain
All of these virtual transactions are exchanged through a network, which doesn’t rely on a central intermediary such as a government, broker, or a bank.

What this means is just the owner of the crypto currency without interference can send it, while just the intended recipient can receive it.

A particular crypto currency, can only exist at one place at a time. It can’t be duplicated, and everyone is able to validate the transaction along with its digital ownership anytime they want.

How Crypto Currencies Work
Bitcoin is a virtual Internet “bookkeeping” system that’s based on a ledger. You can claim ownership of a piece of Bitcoin on this ledger, by obtaining one of its fixed number of slots.

You can do so by either paying for it with cash, or by selling something for Bitcoin currency. You use the ledger by transferring the Bitcoin that you own to someone else, who then will own possession of that slot on the ledger.

Anyone in the world can anonymously buy into, or can sell out of the ledger any time they want, this without needing approval, or without paying a transaction fee, other than the exchange that they’re using.

The actual “coins” of the Bitcoin are the slots in the ledger, this similar to seats on a Stock exchange, except that they’re broadly applicable to everyone, or any transaction.

A Secure Anonymous Payment System
The Bitcoin ledger is a completely new standalone secure payment system. Anyone regardless of where they are, can pay anyone any amount of value in Bitcoin, this by transferring its ownership, which is identified by a string of unique numbers.

Once a monetary value is placed on whatever that’s sold, such as selling a software program for $50.00, once that value of Bitcoin is transferred, and once the recipient receives the exact value out, this without knowing who the sender is, the transaction is complete.

The transaction is also available for anyone, anywhere around the world, to see that it’s recorded on the ledger, thus becoming a verified transaction, without third party interference such as a bank or clearing house.

Where Can You Get Bitcoin
You’re able to start your own collection of Bitcoin or any other crypto currency, from your associates on the Web, or from buying them directly with real money from the various crypto exchanges.

But what using real money to buy Bitcoin does, is it defeats the purpose of this anonymity if that’s your purpose, this since you’ll need to include your bank account or credit card number to a third party site, to buy the crypto.

Bitcoin Mining
New Bitcoins are created by a process which is known as mining. This mining process is executed automatically and virtually, and isn’t the conventional digging into the ground to dig up Bitcoin from the earth, but the concept is somewhat similar.

One unique characteristic about Bitcoin is that it derives its value from codes, and not from real-world items. In a typical transaction, a buyer from a certain location decides to pay the seller with Bitcoin online.

What then happens is that the miners will race to authenticate and then encrypt the transaction, which involves logging the Bitcoin codes into a central server.

How To Use Bitcoin
If you’ve now got some Bitcoin in your possession, what you need is to store them in an online or offline wallet, or in cold or paper storage, this through a third-party website or a computer program, or directly on your computer.

You’re now a citizen of the Bitcoin network, this once you’ve created your own virtual wallet. In order to send Bitcoin to another user, this to pay for purchases, you’ll need to get that individuals identification number, and then transfer the Bitcoin online.

The processing of the transaction can take anywhere from just a few minutes to up to an hour, this because the various Bitcoin miners across the network, needs to verify the transaction.

Storing Bitcoin
Bitcoin is far more tangible than the currency that’s stored in your local bank account. This because the secure crypto wallet file that you’ve created becomes a document on your computer, which can also be moved around on different devices, such as your smartphone.

Since the wallet is a folder, this makes it possible to store the wallet file on a USB drive, which is recommended, then you can open it on any device which has the wallet application installed.

Cold storage when it comes to crypto, is keeping the currency completely offline in an independent ironclad secure piece of hardware. which is the maximum security precaution that you can take, this especially if you own massive amounts of Bitcoin.

Welcome To Crypto Currency
Bitcoin, remains the preferred currency of choice of the digital geeks. Bitcoin is a pure mathematically derived currency form, which promises to convert the way that people use money.

Bitcoin despite its name are not coins, but rather strings of code which are secured with industrial grade precision and military encryption.

Those who chooses to use Bitcoin to buy or sell goods, trade it on the forex market, or just hold on to it (HODL), remains completely anonymous and thus impossible to trace, provided that the proper precautions are taken.

Crypto Is The Future Of Money
What it uses is an open source peer to peer networking foundation based on cryptographic proofs, which conducts the transfer of currency value. The exchange of funds is controlled by recording digital transactions on the ledger.

Bitcoin is completely impossible to counterfeit. They are also thought to be disaster proof since you’re not able to destroy virtual numbers, the same way that you’re able to destroy paper money, or by laying your faith in the currencies of crumbling countries.