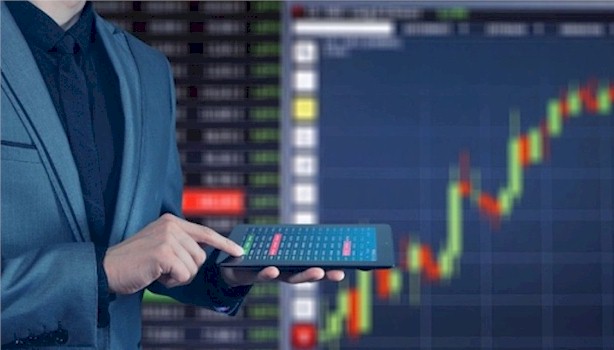 We live in a refined world of small quotes which describes a bigger action. They’re parables which are found everywhere everyday, all pointing towards one key message, which without fail is to “keep it simple.” The principle of simplicity is an extremely workable one under most situations, especially trading the markets.

Although to refine ones trading skills isn’t easy to master, what they involve are simple principles. Mastery of learning in most areas of life includes conserving extraneous movement and effort. Once it’s perfected and done right, it looks easy to execute as most will say, “I can do that.”

The observer quickly finds that it’s not as easy as it appears. Trading can be extremely frustrating and discouraging, the first sign being the trading funds dissolving. Once the market disappoints, it may feel that you’ll never grasp it, realizing it appears impossible, yet still doable.

The Emotional Turmoil Of Trading
Too often, traders will take to heart the swinging highs and lows. Although the give and take is normal as well as expected, big swings going the wrong way are usually the result of inappropriate systems or technique.

Finding your niche or stride can make the trading process more consistent, and therefore more profitable. Analyzing and studying the best cryptos, this rather than collecting recommendations, can become too overwhelming.

The Ups And Downs Of Movement
There can be periods of time such as a week of trading where things will go great, confirming the value of following a few select cryptos, while getting to learn their nuances and their behaviors.

Certain favorites will emerge, this by building up a stable of reliable cryptos to trade, and then aligning with them. What’s recommended, is picking a group of 6 to10 favorites, and then constantly back trade them.

Learn to recognize all the patterns of their behavior, such as if the crypto behaves in a similar way around announcements. Does the crypto make clean or sloppy turns when reversing. Does it have a tendency to follow certain chart patterns.

When doing so, what you’ll begin to feel is the vibe of the crypto, while also getting a feel for the traders who influences it, which will improve your chances to repeatedly tapping that crypto for pattern trades.

To Follow Patterns
The patterns that are observed, is the behavior of the individuals and not the crypto itself. These are the key principles who interacts with the various traders, the “whales,” and the public.

These cast of individuals, are uniquely different in each crypto or group of cryptos. As a result, unique patterns will emerge and begin to develop, so recognizing them becomes key.

So instead of impulsively jumping back and forth looking for a better opportunity, stick with the ones which keeps producing on a routine cycle. You’ll then develop a pattern, so you can profit over and over again.

This principle of narrowing down, will get you intimate with the cryptos particular patterns. What you’ll need to study, is their behavior. How they react to earnings or losses. Know the product or cause that they’re backing, and see how it responds.

To Emulate Their Success
Some traders will become experts in trading one or several cryptos. Then once other traders begin to see their success, their track record, what they’ll then seek out is their expertise, on what those crypto’s are going to do next.

What these traders will begin to do, is start following and hopefully profiting from the successful traders valuable insight. The mistake that they’re making, is that they’re asking them to give them tips, but not asking them to teach them how to trade like they do.

It’s folly to think that they’ll readily give them the information. Would they not learn more if they took the time to learn the skill themselves, this rather than just using the trading tip. But that’s human nature.

The Easy Way Out
This is how most function in their lives, and that’s they want things handed to them on a silver platter. They want and are willing to take the path of least resistance. It’s the “give a man a fish, or teach him how to fish,” mentality.

What everyone wants to know is the secret, the free magical strategy just handed to them. What the economy is based on, is selling the sizzle and not the steak. We constantly search for the fountain of youth, a short cut, the inside edge.

The one universal constant which remains, is the belief that working smart is much better than working hard. In the end, the magical solution is finding the key, the reason or the core of the matter, and then developing your own simple and specialized skills around it.

Developing Your Own System
So once you find the best solution and can cultivate and harvest it over and over, then you’ve discovered one of the fundamentals of successful trading.

The secret is finding a consistent stream of residual income, which runs on autopilot. This takes plenty of trial and error, and capital. Patterns exist because the entire universe are all creatures of habit, and the market is run by human emotions.

Once you have 6 to 10 cryptos to trade and are familiar with their patterns, then you’ll always have something to trade. Once you find a better performing crypto, then you can replace the weakest performer and place it on the back burner, this until it corrects itself and behaves.

The biggest problem with traders, is they’ll chase the latest greatest hot trendy crypto, while allowing their greed and fear to cloud their vision, constantly making the same mistakes. This is known as the bright shiny object syndrome.

Instead, once you find a group of cryptos along with a few strategies that work, then stick with it. Don’t stray and mess around. Stick with what brought you the profits in the first place.