Analyzing behavioral patterns, knowing exactly what the people out there are thinking or doing online, and how this behavior extends to their daily lives, can now be accurately obtained, this by “peeking” through the social media looking glass. What doing so does, is reveals the collective minds of what society is really thinking, this based on their terms and nuances. 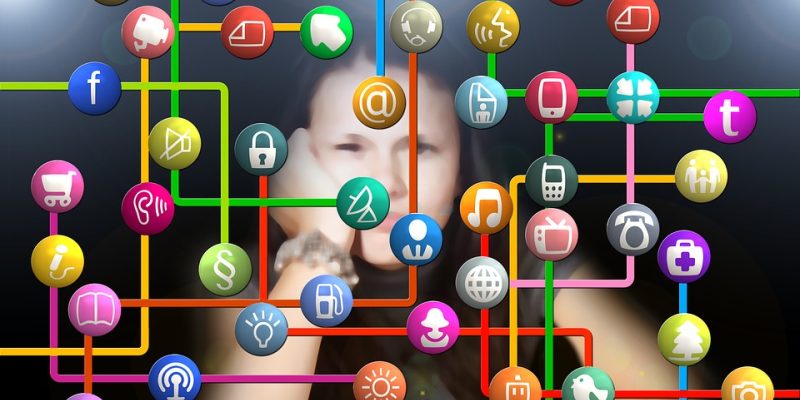 Social media marketing, has now become mainstream and has made the virtual leap towards making liquid information ubiquitous, this all in real time. But for most, it’s been devoid of any monetary value until now.

What might be scarce now but will be valuable in the future, is what’s on the consumers radar. This explains the intense efforts that are placed, to obtain information through concerted focused advertising, such as using short relevant videos within news portals, or the unwanted use of splattered “spam.”

Understanding how people will directly allocate their attention, while steering them towards specific content, determining what they do behind closed doors, has presented tremendous value.

Social media can provide this, harnessing and then directing the variable flow of concise information, which propagates through enormous user networks, making it possible to be able to predict specific outcomes.

Predicting Future Success From Peer-to-Peer User Information
Media research groups have recently proven, that using Twitter can accurately predict approximate revenues and box-office success, for their newly released movies which are about to open in theaters.

They can do so, without using any forms of traditional costly advertising as they’ve done so in the past, or any other type of promotion by the film company. They can now get an accurate gauge, by measuring social media behavior.

The basic intuition of this is quite simple. The higher the rate at which the general population, measuring the actual underground buzz, who’s actually discussing a forthcoming movie that’s opening, the more likely that it’s going to have a larger audience on its opening night.

Analyzing the exact emotional temperature of a movie that’s discussed on Twitter, or any other social network, mirrors the success of the opening weekend. Doing so also increases the accuracy of future forecasts.

There are other advantages, of gauging the pulse of unbiased social networking attitudes. Among them, is that this knowledge can be applied immediately.

This allows marketers, to instantly shift their advertising budgets from one product to another midstream, towards more of what’s trending better on social media chatter.

Free Unfiltered User Information
This source of free and instant analysis, offers a wide range of potential uses. This technique although focused on movies, can be new television shows, as well as verifying consumer success on new products.

It can also be cross referenced and applied towards a variety of services, tangible or not. This provided they base their decisions, on the direct social media responses.

This engagement can include anything from political opinion, academic discussions on new technology, open public “media” debates regarding future trends, etc.

The masses will now predict the future for them, without their influence. However that may be interesting, it’s just one potential benefit of being able to know how the public’s attention, is being distributed within social media.

Large masses of people who constitutes a direct collective of focused intelligence, can also be harnessed and guided towards a myriad of other purposes.

A Bonanza For Enterprises
Think of what enterprises can potentially do, if social media can help in deciding who or how to tap into this “peer to peer” collective intelligence. These businesses can then decide, to adopt it as an integral part of their promotional arsenal.

Doing so can offer research and developmental departments of companies, a way of accurately narrowing down and pinpointing their choice to just a few options, this based strictly on public demand.

These enterprises along with marketers, can just use what’s important or popular with their consumers, and then eliminate or place everything else on the back burner.

Doing so enables them, to accurately evaluate different opinions, while simultaneously learning and tracking new emerging trends. This by placing the onus on the pubic.

For businesses, social media tracking allows them to understand how their products are ranking, along with knowing what the test results are, and then they can proceed on how best they can exploit them.

The Future Of Marketing
This will grow in importance as better, more accurate metrics of exact data and analysis are developed, this based on tracking social media behavior on a daily basis.

For anyone to accurately exploit this information and analysis, requires efficient ways to extract, filter, and then rank them in importance. They need to get accurate readings, while excluding all the noise that the raw social media data provides.

So exact methods of extraction needs to be developed, which results in the power of being able to analyze collective intelligence, that’s presented by the social media processes.

Future tools and applications, will also appear which can connect individuals with the direct workings of the collective social mind.

All this while creating yet other new forms and sources of information, such as artificial intelligence, which can guide our choices as consumers, well as ideas regarding what to do along with how we should be acting or reacting.

How Introverted Narcissists Can Elevate Their Low Self-Esteem And Confidence