What we’re currently experiencing, is lower global crude oil prices, this in a world of increasing industrialization. The immediate benefit for consumers, is that if you drive a car, what’s realized are lower gas prices. This is great, as gas is one of the biggest expenses of our daily routine. The global battle behind the scenes, that is the volatile oil prices, we consumers are the benefactors of something that’s completely out of our control. 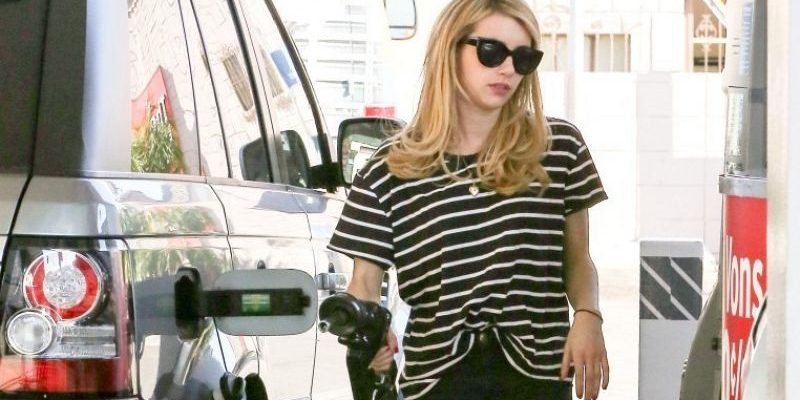 In this world of perpetual inflation, the best news is lower prices on all consumables, that’s associated with oil. Although this fluctuating price of oil is beyond our understanding, we’re just glad that it’s happening, when the budget is especially tight.

So unless you’re an investor who owns energy stocks or futures, and you’ve chosen to go long, no one’s disappointed. There’s a war on the world economy right now, that’s based on the supply and demand of oil. All that we care about however, is that our everyday goods are cheaper.

The Fracking Oil Production
One of the reasons but not exclusively the reason, is a process that’s known as fracking. What fracking does, is produces oil domestically, which results in less oil being imported from abroad. The fracking process, despite its environmental concerns, has recently increased.

Fracking by definition, is the process of injecting liquid at extreme pressure, this into boreholes or subterranean rocks, which forces open and creates existing fissures, this to extract oil.

Fracking is most notable because of the potential damage, that it does to the immediate environment, which may be good or bad or not yet determined, this depending on who you ask.

This is bad news however, for the OPEC (Organization of the Petroleum Exporting Countries) nations in the middle east, such as Iran, Iraq, Saudi Arabia, etc.

These are the countries, where oil production is one of the biggest providers for their economy. So there’s a need, for these OPEC countries to dominate the world oil market, and they’re willing to take drastic action to do so.

The Underground Battle That Is Oil
Traditionally, what these OPEC nations did was operated much like a cartel, controlling at will the supply and demand of the worlds crude oil, while regulating its prices exactly where they wanted them to be.

But now since the oil dependent countries, are producing its own oil by fracking, OPEC has decided to counteract this, by flooding the world with excess oil. They’re doing so, in the hopes to drive the price of oil down.

Their strategy is simple economics. They’re attempting to drive down prices, so it will no longer be feasible for countries such as the United States, from fracking their own oil. The hope is, that the fracking becomes too expensive, because the world oil prices are too low.

The thought being, that if the OPEC nations driving the price of oil down, that it becomes economically senseless for the U.S. to continue the expensive fracking operations, and that’s what they’re hoping for.

Oil And Alternate Energy Sources
Crude oil remains the premier form of energy, for most countries. The importance of oil, is that it’s needed for practically everything that we use as consumers, and not just filling up our car with gas.

What the GDP of countries such as India and China reveals, is that their economies are growing at a rate that’s faster than what the oil producers are able to supply to the world market.

Because of the volatile oil prices and the effect that they have on the manufacturing costs, what then becomes necessary, is they finding alternative energy sources other than fossil fuel.

China’s ever increasing demand for natural gas for instance, this as an alternative to oil, further reduces the overall demand for world oil, which drives the oil prices down further.

Since the largest oil consuming economies are now choosing alternate fuel sources, this combined with the increase of oil production from the OPEC nations, is another reason why the world market is becoming saturated with too much oil, resulting in cheaper gas.

The Lower Cost Of Gas
All that the average consumer cares about, is that the price of gas at the pump is now lower, which leaves more dollars in our pockets. What a relief this is, every time we need to fill up.

There’s a chain reaction in the entire economy, because of lower oil prices. The food we eat, the beer we drink, the clothes we wear, are all affected. The reason being, that all physical goods become more affordable to manufacture and transport.

Every item and resource that we consume in theory, should become lower. The more dollars that we also save in our pockets because of lower gas prices, is more money that we can spend on luxury consumer items.

How Lower Oil Prices Affects Businesses
Lower prices can favor smaller businesses, who doesn’t have the same resources to operate like the big corporations can. Larger organizations, although they pay the same gas prices, aren’t as affected as much by the price fluctuations.

For instance, a small delivery service who has to make its first delivery in one part of town, and then needs to drive 50 miles to make their next delivery, doing so can become expensive.

But for large transport companies, they may have a dozen deliveries to make in town, before they need to make that delivery 50 miles away. Larger organizations, have more resources and are more flexible and efficient.

Dictating Gas Prices
It’s usually the smaller businesses and the daily commuters, who benefits the most from lower gas prices. One common practice however by “big brother,” is adding a fuel surcharge, reflecting the similar high price of gas in the recent past.

There are some, who will remove the fuel surcharge and pass the savings down to the consumer, creating a gas war of their own. Most energy companies, wants to realize healthier profits, by keeping their prices high, by including this surcharge.

What lower gas prices obviously does, is helps everyone thrive. What traditionally happens, is that they’ll usually pass the cost savings along to the end user.