Dealing With Office Politics How To Resolve Workplace Conflicts 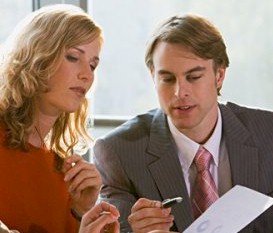 There’s a saying that goes, “You can pick your friends, but you can’t pick your relatives or your co-workers.” Absolutely no one enjoys addressing workplace conflicts, not the one’s involved and especially the managers of the departments, who all at times just say that office politics doesn’t exist.

After all, conflicts can become messy, time and capital consuming and usually requires confrontation as well as a resolution, activities which everyone wants to avoid.

The longer that the workplace conflict festers, the larger they can potentially grow, creating unwanted stress and unproductivity. If any type of workplace conflict isn’t attended or managed properly, it can eventually become too overwhelming while breaking down the lines of communication between all parties involved.

If there’s any degree of anger involved, as well as mistrust, the work teams are then unable to work effectively. These conflicts will always create a lot of unwanted inefficiency and resulting in money loss in any organization.

[ad#co-1]
Workplace Conflict In Tougher Times
Notably, statistics show that the actual number of these workplace conflicts usually increases when the economy is weak and the jobs become scarce. What some employees will do is retreat into self-preservation mode, where they will do absolutely anything to save their jobs, which can include throwing their co-workers under the bus.

One of the most common of workplace conflicts is someone taking all the credit for someone else’s work, whether it’s intentional or not. Another situation is that someone will badmouth another co-worker strictly as an attempt to advance their own career. Other types of conflicts will arise from the differences and contrasts among employees’ communication methods as well as work styles.

It’s always recommended that conflicting coworkers should attempt to address their differences on their own before they decide to involve their managers. The following are some tips on how to resolve workplace indifference.

Try To Stay As Calm As Possible
The victims of coworker based conflicts should be expressing their concerns regarding their adversary’s behavior as professional, polite and as calm as possible. The last thing that you want is to enter any conversation by hurling accusations that you may regret.

If you happen to address your adversary in a confrontational or aggressive way, the other person will naturally go into a defensive mode and may respond just as strongly back at you, and then the conflict can only worsen.

Ask As Many Questions As Possible
To avoid any heated confrontations, it’s recommended that you ask your adversary as many questions about their behavior as you can.

For instance, if someone happen to be constantly playing loud music throughout the day, inhibiting your ability to be able to focus properly and thus hampering your productivity, you can begin the conversation by asking that person why they enjoy listening to their music so loud while working.

If a particular coworker happens to be taking credit for the work that you’ve done, you can ask why they didn’t note or acknowledge you for your contribution towards the project when they were discussing it with management.

The objective of asking these types of questions is so that the victim is better able to understand why their adversary constantly engages in a particular type of behavior. The motivation may just be something completely out of the blue, and may have nothing to do with you.

Listening As Much As Possible
It’s vitally important that if you’re the victim, that you listen as intently as possible to the adversary’s response. If you believe that the music is played loud without the intent of annoying you, then that indicates and reveals that the adversary is totally oblivious to the effect which their music has on you, or others, and they don’t intend to bother anyone at all.

Then attempt to resolve the conflict by paraphrasing the response and making it a part of the question seeking process. For instance, it’s understandable that listening to the loud music helps as well as motivates you, but it also makes it hard for me and most likely everyone else to concentrate properly on getting our work done. So is there any way we can resolve this.

Paraphrasing or repeating back their words will assure them that you’re completely understanding their perspective and possibly diffuses the conflict. Everyone wants to feel that they’re being heard. So repeating back what someone has said demonstrates that you’re listening to them.

Giving The Benefit Of The Doubt
If that person denies or begins to make excuses for their behavior, it’s recommended that you initially give them the benefit of the doubt. If the same action happens again, then confront them again and point out the promise that they made when you both first spoke regarding the issue.

You may say something like, if we’re not able to resolve this issue, then we may need some help from management. Hopefully this will get their attention and they will back down.

What Is A Convection Oven Reviews And Comparisons