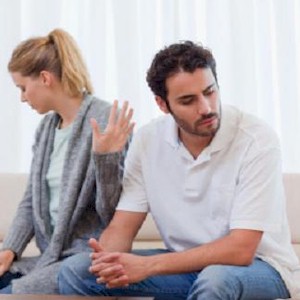 There’s nothing that’s as painful as the feeling of being rejected, this regardless of what form it happens to take. Not being liked, not being good enough to hang with the cool kids, not getting that job interview or promotion, not getting invited to a friend’s party.

Every “no,” getting the door slammed in your face, firmly plants you in your place. The extent of the rejection impacts directly on the state of the individual, who they are, while most will struggle with finding the best way they can to recover and regroup themselves.

What rejection does is gives you a mental jolt. What it does is produces the same level of shock in the brain as experiencing some type of physical pain. There are numerous similarities of being mentally rejected, and the body receiving a physical attack.

The trauma in the brain that’s felt and experienced by getting punched in the face, to seeing your ex with someone that you despise, records the same degree of pain.

Rejection Hurts
Pain isn’t the only negative consequence when rejected, as there’s also the feeling of insecurity, as feeling accepted is a basic human need. Once it’s threatened by rejection, we begin to doubt ourselves.

The stun of rejection can also hamper concentration, increase stress, while some can become irritable or aggressive. Being rejected also affects sleep patterns, while severe cases can result in gradually withdrawing from society.

The Handling Of Rejection
Everyone handles rejection differently. Those with high self-esteem or are in a position to face a lot of rejection such as salesmen, tend to condition themselves better.

Those with a higher sense of self-worth or has more social equity, usually handles rejection much better and at times invites it, than those who are more sedentary. Rejection is always going to happen, so it becomes an important life skill to learn.

Having More Self Confidence
What most are aware of is that having self-confidence is the key when life gets you down. But knowing that it’s important, and actually having confidence are two completely different things.

Most have grown up in an environment where they’re told that they’re worthless, useless, not good enough, that they’ll never succeed, this by our peers and our parents.

These messages then carry over into adulthood, acting as the default switch when things get challenging, forcing you to remember, “Oh that’s right, I’m not good or smart enough to do this.”

So building up your self-confidence which is wavering becomes key. This begins with gauging where it’s at, then starting small and building it up gradually. Begin by listing the things you do well, the contributions you’ve made, the positive things you’ve done.

Force Yourself Into Positive Self Talk
Even what the slightest rejection does is confirms and enhances whatever negative things that you say or think about yourself, so force yourself to have different self assuring self-talk.

Notice and then intercept what you say to yourself. Thoughts such as, “I’m so stupid” or “It’s always my fault” or “What’s wrong with me?” aren’t useful, and will always force you to think down on yourself.

Rejection happens to the most successful of people out there, especially to those who appear confident and in the limelight, as they’re exposed to the “haters” more often.

Almost everyone hardly ever gets what they want. Those who are successful acknowledges rejection as an external force.

They won’t allow pessimistic self talk to convince themselves that it won’t work, or how terrible they are. They choose to build themselves up, and not tear themselves down.

Know This Too Will Pass
Realize that whenever you feel down on yourself because of some type of rejection, that it’s a temporary state. Know that it’s the situation that’s making you feel worthless and a failure, and not you as a person.

So keep in mind that you’ll get through it. Don’t allow this one disappointing temporary experience, to diminish everything else in your life that you’ve achieved and accomplished.

Give yourself the credit for all your skills and the things that you were successful in the past, while reminding yourself of all those great experiences you’ve had.

The time when you made progress, helped someone, solved a problem. Realize that you’re not defined by one bad experience, as it to will pass.

Learn The Practice Of Reframing Yourself
Take a step back, take a deep breath and realize what’s happening. Realize what the situation is and collect your thoughts by taking a few deep breathes for a few moments.

Most often, the situation appears a lot worse then it actually is because what you do is immediately react to it, this by framing it as a negative personal attack.

So instead, mindfully put a stop to this by physically stepping back and analyzing what’s happening. Choose to reframe the incident.

Instead of thinking, “No one likes me because I’m unlikable,” you could instead reframe it by thinking, “Having a relationship is difficult for everyone and I’m no different. It’s difficult, but I learned something positive from it.”

Just Let Things Go
What’s natural is to feel upset and dejected by any type of rejection. After all, it’s the human condition and an autonomic negative emotional response.

Literally set yourself a time frame such as, “I will allow myself to dwell on this until tomorrow at noon, and then I’ll get over it.” Mentally allow the emotions to fade and let it pass, while not thinking about it so it won’t become permanent.

How Those Who Are Successful Do Their Daily Health Rituals