Does Having More Money Really Make You That Much Happier 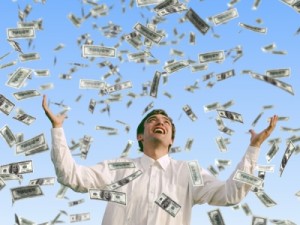 We’ve always heard, most likely from people who aren’t really that rich, that, “Money can buy you happiness.” Yet, some individuals believe that’s not true at all, at least not for those who may be wealthier.

But there may be exceptions to the rule. There’s a lot of compelling and convincing evidence that once someone passes a certain level of income, that the actual relationships between them, money and happiness doesn’t really exist or relate. So economists who study personal wealth and it’s psychological effects, recently studied a large sampling of approximately 500,000 randomly selected individuals.

They all agreed to report their daily emotions and moods, and their overall life satisfaction quota based on how much money they earned. What the testing found was that their actual daily mood, or their emotions didn’t actually improve or get better at a certain income threshold, which in this case was $35,000 per year.

[ad#co-1]
The satisfaction of their daily lives did increase however above the $150,000 per year level, but not always their happiness in some. Their favorite activity became giving away or donating their excess income to those who could benefit from it, such as friends or family, or charities that they cared about.

Money Isn’t Everything But…
For those who reached an income level beyond $85,000 per year, that amount wasn’t going to help improve their life that much, or make their daily lives any more better or happier.

But what it did do was make them feel a lot more comfortable about their life overall. The general feeling was there’s evidence that more money is good for you, which is an obvious statement.

So the overall analysis of examining regarding the link between higher income and overall general feeling of well-being, is one way of how to look at the relationship which exists between money, and how it relates to more happiness.

There were also a few questions which weren’t directly revealed. Such as, can having more money actually prevent individuals from being not as happy, and how can that be possible. Can being wealthy actually undermine our ability to be able to savor the everyday simple joys of life.

Based on the various studies and research based on the affects that money has on happiness, what was tested was the possible effect that having more money can actually prevent individuals from experiencing more joy in their daily lives. But then again, how can that be possible as well.

Set’s You Apart
In a separate study, taking a large cross sample of working adults, they found that the individuals who were the wealthiest, reported actual decreased tendencies for them to be able to savor the mundane, simple pleasures in their lives.

Instances such as remembering and enjoying picnics on sunny days, sipping a cold beer by the lake, eating mounds of silky milk chocolate, were all decreased than those who had less money.

So the negative impact of having more money undercuts certain emotional benefits which are provided by excess money. Even the very subtle reminders of being wealthy, such as the images of dollar bills or gold bars, produced the exact same impact on savoring the essentials.

During one test, the participants were asked to taste and enjoy a delicate piece of mouth melting chocolate. Those who were shown a picture of stacks of dollar bills actually spent a less amount of time enjoying the chocolate, while reporting reduced happiness.

It’s The Simple Pleasures That Are Lost
So does it come down to affordability. Those who cannot usually afford this fine chocolate will savor the taste a lot more since it becomes a delicacy. For those who have more money, it becomes more commonplace rather than a rarity, so they enjoy it less.

So what you can do is continue to savor all of the smaller daily pleasures in your daily life, along with enjoying different emotional experiences. There’s also a definite connection between spending habits, values, and happiness, which directly determines the impact of certain buying behaviors based on the level of income.

5 Ways How You Can Improve Your Emotional Intelligence