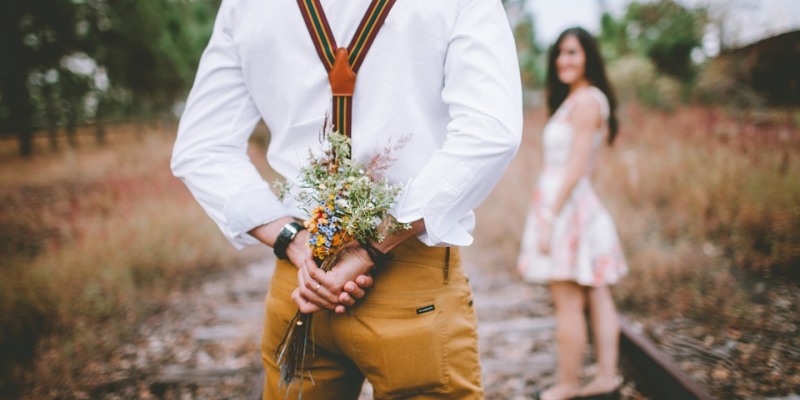 What a few drinks at the bar on a Friday night exposes, is that animal magnetism and lust does exist. Especially once adding in a few cocktails. It acts as the core activator, when it comes to the law of attraction. This especially if there’s burning chemistry between two people.

There is an instinctive universal reaction that sets off, when it comes someone liking one another. This in a world of a billion strangers.

So the question remains, is there a set protocol when it comes to finding the perfect mate, and is it all physical.

Is there a guide or check mark to gauge, which allows two strangers to fall for one other long term.

Some claim there is, this according to social scientists who studies the triggers of love.

It’s known the attraction between two of the same species in the animal kingdom, is initially chemical based.

The sudden attraction to another, occurs because of an actual chemical known as pheromones.

The Animal Kingdom Of Love

The effect of pheromones when it comes to the behavior of insects, for instance, is the most apparent.

It’s been observed it’s pheromones, is what’s responsible for the confusion. For all the “invisible” communication which exists among the same species, such as a colony of ants.

The distinct odor that’s released by certain animals which wards off their enemies, is also identified as a type of pheromone.

There are some primitive ape species, which are known to rub pheromone on the feet of a potential mate, to attract them.

The female species of certain insects and mammals, will send out chemical signals. This to reveal to the male of their particular species, their genetic makeup is different from theirs.

As a result, the perfume industry has become a billion dollar industry. Its capitalized on the effects of pheromones on other humans.

This with the intention of increasing one’s sexual attractiveness, towards someone they’re attracted to.

Animals such as musk deer and certain whale species, are used in perfume to manufacture these odors.

What’s also been researched, is if pheromones exists in humans. If the does, then what role it plays when it comes to mate selection.

There are conflicting opinions however on its generics, the biology and its chemistry.

Some will argue pheromones doesn’t exist in humans. Or if they do, they don’t play a significant role when it comes to sexual attraction.

There is growing evidence however, they may need to rethink their stand, as every human has their own distinct body odor.

I Smell You From Here

One experiment involved women sniffing the shirts of different men they didn’t know, this when they were ovulating.

It was found that women preferred the shirts which smelled genetically different from them, but also had similarities with their own genes.

What the sniff test revealed, was that the women preferred healthy smelling odor. This to instinctively ensure they would produce healthy offspring.

The researchers cautioned the preferences of their odor selection, may have been influenced because of the women’s ovulation period.

So pleasant odor does matter, but so does the perception of a potential mate’s personality at first glance.

Before saying “Hello,” how a person projects themselves, struts their stuff, their self confidence, are strong determinants of attraction.

What this tells us, is certain people prefer a certain type of personality. This when it comes to deciding how attracted they are to a particular person.

What we’ll do, is instantly determine what the actual personality of the individual is, just by looking at them.

This could even by looking at an image on a dating site or on Facebook.

What we think the personality of a person is, can only then be verified through meeting and having a conversation.

This is what attracts them to that particular individual, regardless if it’s the type of personality they’re looking for or not.

This explains what’s most commonly heard between a man and a woman, when it comes to their relationship failing.

It’s thought love at first sight is a prelude, which opens the door when it comes to a new relationship. This especially at the beginning.

It’s physical attraction, that usually makes you take first notice of someone you’re attracted to.

But once you get to know them better, attraction often becomes secondary, but more of a compliment.

What matters more is what they have in common with one another.

If they share similar dreams, at times the same religion, have mutual interests, which all plays a significant role when it comes to long term bonding.

Should I Stop Being Attractive Then?

So why bother attempt to look as physically attractive as possible to who you’re attracted to. Instead, why not work on every detail of your mental, emotional, and spiritual makeup.

Physical attraction however, will always be a precursor when it first comes to seeing someone.

Biology dictates us to choose the partner who appears to have the healthiest genes, to provide the best offspring.

So we’re always initially attracted to the most prettiest girl, or the most handsome man.

Once you do become emotionally and physically attracted to “The One,” stop and ask yourself if you can hold up your end of the bargain.

No one wants to be with someone who’s constantly insecure, entitled or insincere.

So make it a point of knowing yourself, evolve yourself, know who you are, what your beliefs, values, and dreams are.

Never pretend to be someone who you’re not. Be completely transparent to find true love.

Fooling someone to think you share the same values as them, will only cause disappointment, heartbreak, and eventually splitsville.

There are many who claims security and confidence, is what matters more that being just physically attractive.

So make sure you keep high standards for yourself, but not in the attempts to impress someone for the intention to deceive.

This is how you can truly project yourself to others when searching for a relationship, which is how attractive you are as an individual.

7 Ways To Train Your Brain To Attract More Wealth