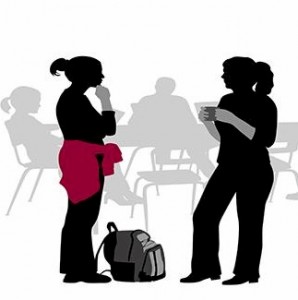 Recently there was a report on what the general consensus thoughts were regarding the purpose and value of higher education. What was questioned was if there were any long term residuals of attending college or university. Some were even wondering why these post secondary institutions even exist.

The study actually received a bit of publicity because of it’s bold claims and questions regarding the validity of post secondary education. Many opinionated that colleges in particular were failing to teach the students.

The focus was that the pupils were not properly taught to reason analytically, think critically, be able to solve problems effectively or communicate clearly. This assault was focus primarily on grade inflation as well as an easier and less rigorous curricula if compared to university.

The Two Prong Theory Of Post Secondary Education
There are two outstanding theories when it comes to the virtues of the values of post secondary education. The first is that it acts as a sorting out mechanism based on a grading system to be able to identify students who displays intelligence early in their lives, so they can be sorted and funneled into their appropriate careers, based on their aptitude skills which maximizes their talents.

So based on this theory, attending college or university is nothing more than a four year or longer intelligence qualification test. What post secondary education does is they not only effectively sort out and then train students based on their born innate abilities, but also on their aptitudes as well as what they displayed for specific disciplines. This practically then ensures that the students upon graduation are placed in the right jobs.

The second theory is based on the belief that post secondary education should be able to pinpoint and then expose future candidates to certain material which enlightens as well as empowers them, this regardless of whatever career that they end up choosing.

The thinking here is that in the society that we live in, students are given incentive to learn the basic subjects or training which gives them enough overall information so they can adapt it to the best of their potential.

It’s the post secondary institutions role and duty however to fine tune as well as accurately program and expose the students to the exact information that they need. To teach them the required information of a discipline to make them properly informed as well as culturally aware when they become citizens.

The higher eduction institutions are aware of this and has actually studied and are also committed to these theories. The entire educational system is designed to be both meritocratic as well as democratic in design.

Can The Colleges Keep Up
The challenges which they face in meeting both of these goals has actually fueled recent criticism when it comes to higher education. The critique focuses on whether these schools are failing in the responsibility to be able to adequately prepare the students to be functioning citizens in society.

There are other charges however that these colleges are also not adequately readying or preparing their students for the current global economy. The advancement in technology during the past two decades is central in this debate, and it’s not just utilitarian. The latest in the technological tools which are available plays an obvious significant role when preparing for job readiness in the 21st century.

Aside from the text books, they are the primary instrument for being able to teach critical thinking skills as well as problem solving as one of the key conduits of an educated and informed citizen, post education. Yet, the technology that’s resident on the campuses can do more than just promote the appropriate tools.

There are also other challenges which higher education currently faces, such as competition from the profit orientated “niche” post secondary institutions, the insane budget cuts, the sky high tuition fees and an impenetrable “bad economy” job market.

Also include the increased basic academic requirements which are now required by the enrolling students. The argument regarding the role which higher education plays in society goes way beyond the two theories.

It penetrates directly to the source of the future of our culture as well as our country. The leaders of campus technology are now needed to be doing a lot more than just providing and pulling the wires which facilitates the conversation.

How The Best Popular Sites On The Internet Use Title Tags