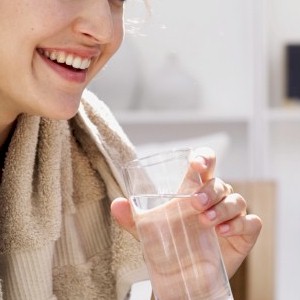 It’s our liver which is one of the hardest working organs in the body, and it needs to be well ventilated and kept operational at all times. It’s responsible for managing a variety of bodily functions, primarily filtering out harmful toxin buildup.

The liver can clog up and become less efficient because of the choice of foods that we consume, usually by eating unhealthy foods and drinking fatty beverages. It’s then overexposed to various preservatives, chemicals, and airborne pollutants.

What all this leads towards is an accumulation of toxins, which begins to overload into what’s known as the body’s built in filter, the liver. The end result being that it ends up needing a cleansing itself, this for it to be able to function smoothly with minimal strain.

There are a variety of ways of detoxing the liver. The detoxification process basically means to flush out and remove all of the impurities that it accumulates. There are a wide range of natural remedies which has proven effective.

The most common method being following a strict juice fasting program, or an organ cleansing diet which eliminates sugar and fatty foods from the system. These specific cleansing methods include a variety of fruits and vegetables.

One constant recommendation is increasing the intake of pure fresh water during the detox process. The cleansing is performed to purify and stimulate the liver, which then flushes the toxins more efficiently while improving the circulation of the blood, which refuels the organs with nutrients.

The cleansing and detox of the liver and organs is needed so they can perform their intended purpose, which is to filter out all of the poisons from the body.

• Avocados – Avocados are found to contain an excellent source of heart-healthy fats, while also containing valuable doses of glutathione which is a nutrient compound that’s needed for liver detoxification and purification. What eating avocados does is they’ll contribute towards the elimination of this harmful toxin buildup.

• Lemons and Limes – Some will include splashes of freshly squeezed lemon in their tea for zip and the extra vitamin C. But most are not aware that citrus fruits such as lemons and limes, are capable of flushing out toxic chemicals out of the body organs.

So begin by always adding freshly squeezed lemon into your drinking water to kick start a better healthier liver function on a daily basis.

• Grapefruit – This particular citrus fruit is singled out because of its high content of vitamin C, along with being rich in antioxidants that are known for their cleansing and detox prowess.

The liver is known to react and function better while reaping the benefits from just a single cup of freshly-squeezed grapefruit juice daily, or by eating half a grapefruit to eradicate body toxins such as carcinogens.

• Garlic – Although to some it’s odor and taste may be offending, but just a small clove of garlic has the power to encourage liver enzyme cleansing activity, which flushes out harmful toxin buildup in the body.

The power of cleansing when it comes to fresh garlic is derived from the substances it contains, such as allicin and selenium, which are natural ingredients which helps to keep the liver healthier.

• Green Tea – Green tea is now considered a “super food” as this beverage has proven to be an effective detoxifying brew which is loaded with natural antioxidants, the most prominent being catechin, which is known to support healthier liver function while flushing out bad chemical buildup that can also contribute towards weight gain.

• Turmeric – The turmeric spice is considered one of the liver’s most efficient cleansers, as it contains the vital nutrients which helps in optimizing the detoxifying process in the body of unwanted carcinogens.

As a result, turmeric should always be a welcome addition to any hearty winter soup or stew, this since it adds a delicious earthy nutty flavor. So just add a few sprinkles to your favorite chili or lentil dish.

• Beets – Beets are known for their extremely high content of iron. This distinct, hearty tasting root vegetable is enjoyed year round by many. It also plays a vital role in organ cleansing since they’re extremely rich in plant flavonoids and beta carotene, known nutrients which naturally stimulates and encourages healthier liver function.

• Olive Oil – The Greeks have remained one of the healthiest groups of people in the world for centuries, this thanks to the now renown Mediterranean style of eating and dieting.

The core of this eating method is cold-pressed olive oil, which is the central fixture of their diet. Olive oil is known to boost healthy liver function when included in salads, baking, and cooking.

• Dark Green Leafy Vegetables – It makes perfect sense that eating organic leafy green vegetables, which includes: baby spinach, arugula, kale, dandelion greens, dark green lettuce, and mustard greens, contributes to the detox of the body, as they have the ability to filter and the flush out the bad substances which accumulates inside our organs.

These leafy dark greens are extremely rich in plant chlorophyll, which are capable of neutralizing heavy metals while banishing environmental toxins, pesticides, and harmful chemicals.

• Walnuts – Among all of the healthy nuts available for selection, the mighty walnut is the most credited when it comes to liver cleansing support. This detoxifying superstar is loaded with the amino acid arginine, along with glutathione, and omega-3 fatty acid.

This is what contributes towards effective liver detoxification, making it more efficient and less taxing on the overall use of our body organs.