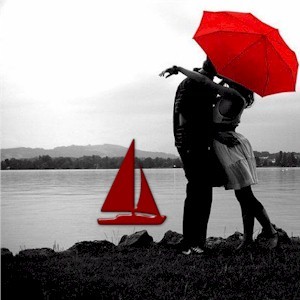 There’s just too much advice out there, most which is folklore, mythical cupid based ideals and urban legend fantasies on how things are. So the assignment is to question these theories, flush out all the puzzles and deceptions to reveal the truth about romantic love.

It’s known that excessive stress is a leading factor which causes the hair to turn gray, then ultimately white, this provided it remains in the follicles, this usually over a graduated period of time. What the hair contains when young is a compound known as melanin.

Having more of melanin is essential for the hair to retain its natural hair color. The hair begins to turn gray once it loses some of it, and once it’s all lost, white hair is the result.

Various Shades Of Gray
Stem cells known as melanocytes is what’s responsible for the retaining and the growth of new hair. The connection between how the stress hormones affects melanocytes isn’t known.

It’s thought that stress can trigger the aging process which activates the melanocyte. What this results in is new hair growth containing less melanin, resulting in gray hair peppering in.

But having gray hair is now considered trendy, fashionable, as the young go “What the heck.” Yes, there are some who are tinting their hair gray, this so the fake looks real.

What most want to do however, is retain their natural hair, whether it be blond, brunette, red, or black, this by reducing the stressful situations of life, before the hair color decides to turn.

The Unconditional Nature Of True Love
What the most popular movies depict is that older married couple continuing to stay with each other, their childhood sweethearts, this in spite of no chemistry, hardship, and struggle.

They’ll continue to remain faithful through thick and thin, they battling the rocky road of life, will support each other perhaps with the absence of love, this as their brains have melded as one.

They remain together despite the inconceivable differences, the annoying things that they do to each other, this crossing over boundaries which gets on each others nerves, this whether intentional or not.

So is this true love? What most don’t realize and may be disappointed in, is that what the older generation experiences isn’t love, at least not the romantic kind, but it’s instead considered to be altruism.

I Will Stay With You Forever
For those who are newlyweds, what they’ll make are sacred vows that they’ll remain faithful, love and cherish each other forever. That their love is so strong it will never waver, they’ve found their soulmate, this until the end of eternity.

It’s found that they’re actually in denial. What all this built in desire and romantic love will do is invariably fade, if it really even existed in the first place. Usually, it’s just the illusion of love they want to capture.

Love has a habit of fading away after a while, thus the theory of the seven year itch, where during this time, the marriage that’s been consummated, comes into question. In fact, the actual “seven years of bliss,” is also up for debate.

What the latest research shows is that the romantic love thought to be forever, on average, will fade away much sooner than that. It will get stale sooner than expected, as it’s more around three years into a relationship rather than the seven.

Attachment Issues Change
Attachment is that emotional bond which impacts our behavior, the expressions of love, this from the moment we’re born until we pass. How you bond early in life affects how you “attach” in your relationships.

Attachment is how much you’re in touch with your emotions, how much you’ll allow yourself to consciously love others. If you’ve had a messed up childhood, a guardian who ruined your emotional brain, your attachment will be insecure. You become clingy, anxious, and have avoidance issues.

These childhood attachment issues appear to translate into adulthood, as they’re mediated by the personal relationships throughout life. New adult romantic partners takes over as the primary attachment figure.

Ideally, they become the new source of stability, safety, and reassurance, while anxiousness and commitment issues can also set in. These adult attachments have the same effect as early childhood caregiver interactions.

A cruel intimidating partner, bullying, or a cataclysmic breakup can cause someone with a secure attachment, to become insecure, forcing them to become avoidant. Loyalty in interactions can turn an insecure attachment into a secure one.

The Difference Between Love And Lust
Lust is a state of consciousness when the primal urge is to procreate. When the relationship is new, when the appropriate hormones are raging, lust is fueled by what you “hope” that someone is, while not seeing all their flaws.

What romantic love and lust does is they fuel each other, this based on the studies which are related to the effects that both have on the body, this once two people meet for the first time.

This is when lust and love both have increased activity in the insula region of the brain. The insula processes emotions, while the striatum controls reward, motivation, and conditioning.

So what these findings suggest is that lust and romantic love are experienced as different emotions, while stationed on a continuum. Lust can eventually transform into romantic love, which is more of a conditioning response associated with becoming addicted to someone.

So what all this suggests is that lust and romantic love, are both similar to all of the other emotions in the body that we experience, that it’s just a chemical reaction.