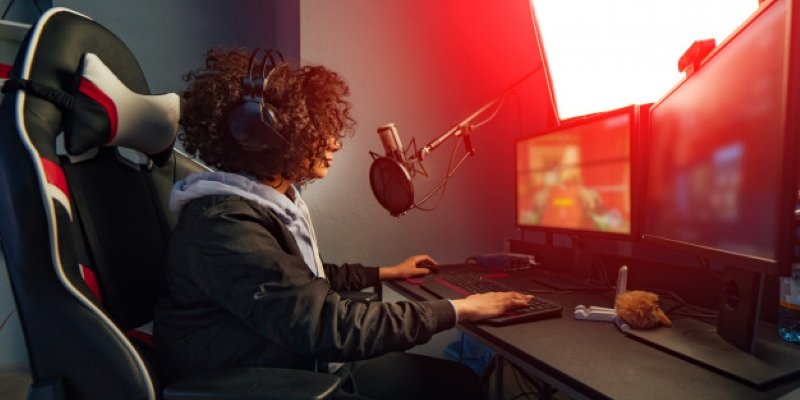 In this modern technological world we now live in, reality is turning everything towards virtual. The end result is it’s transforming how we think and act. Just a few decades ago, all we had was television, radio, and print media to keep us informed or entertained.

We had to stroll down to the local library, to access books and encyclopedias to learn something. Then the marvel that is the Internet suddenly appeared.

A technology transformation where any type of information you’ve ever needed, has now become instantly available with a click of a mouse.

The Internet is now god. You can search for and it will retrieve any type of knowledge you’ve ever needed. It does so immediately wherever you are in the world.

The Internet provides a constant stream of ever updating information, to feed our curiosity, our needs, what’s hurting us today.

This data is now available to anyone on planet earth who has an Internet connection, to any device of your choosing.

Overcome With Too Much Virtual

We are now completely saturated with emails, blog content, fake news on social media, Instant Messaging, all available for public consumption on any topic you have interest in.

Preschoolers and senior citizens, are now texting each other via WiFi.

This excess has now crested to the point of addiction. An addiction, is defined as any habit that gets out of control and becomes compulsive.

The next phase, the next natural progression is obsession. No one then really knows how much is too much.

This Out Of Control Obsession

Every individual, every industry, every organization and governing body, now relies on the Internet extensively for communication. This to perform their work more efficiently.

There’s increasing usage of social media, which offers an instant and affordable method to display yourself.

You can anonymously fume and “troll” at issues you’re opposed to, or to stay in touch with distant friends or family members anywhere in the world.

Spending all this time online is proving to be problematic for sanity, especially in times like these of isolation.

It’s already known to cause neglect at work, develop antisocial behavior, relationship breakups, and every other negative human trait.

There are stern warning signals, that the over usage of social media, is now becoming a concern. The indication of this intoxication, is most will now socialize more on their smartphones, than they will in person face-to-face with their friends.

This has become a disturbing trend, as most would rather now just slump over and bob their heads texting away.

What these individuals should be doing instead, is conversing and socializing like humans are intended to do. Speaking actual words to others to express themselves.

What’s has taken its place however, are chronic displays of Internet dependency issues.

If the Internet is used responsibly, it’s the greatest method of communication ever invented.

A way of interacting and meeting new people online, with the intent of meeting them in person. A way to reconnect with former schoolmates or distant relatives oceans away.

Those who are constantly on social media would now just rather remain online. This rather than the horror of dealing with the anxiety and the nuisance, of meeting a real human in real life.

There’s more freedom and creativity when making virtual friends, and you could be anyone you want to be.

No real life relationship, can come close to competing with those wildly fantastic at times “fake” personas, on Instagram.

As a result, this addiction to the Internet, most will now spend more time with their new online friends, and hope they never have to meet them in person.

The Internet Has Become A Virtual Alternate Universe

You can become anyone or do anything you want on the Internet. Some things you wouldn’t normally do in real life.

You can discretely set up sports betting or online casino accounts. Any type of action isn’t out of the question, which ironically turns into an addiction feeding an addiction.

There are numerous reports of bankruptcy, where entire fortunes are drained out, as one decides to invest in the stock market online, seduced by easy money and the comfort of online anonymity.

There are some, who will spend their entire evening spending their entire paycheck, purchasing eCommerce goods and services that they don’t need.

They do so because of the ease and the thrill, which are the obvious displays of compulsive addictive behavior.

Hello My Name’s John And I’m A Compulsive Gamer

Online gaming has now become a multi-billion dollar industry. What many will now do is spend their entire evenings and weekend, playing online computer games. They completely isolate themselves from the outside world.

These compulsive gamer’s escape reality, while feeding themselves on a diet of pizza, chips and soda, neglecting their friends, work, and family.

Playing the latest online game has become such a distraction, they withdraw themselves from the real world, as they lose sense of time and reality.

They’re the new age version of the hermit, hiding themselves in their basement. They no longer eat or sleep properly, work, shower or bother showing up for real-life relationships.

They do so, because they don’t want to disrupt their addictive game playing.

Then There’s The Denial

Many eventually feel guilt and can become defensive about their compulsive Internet usage. Like any addiction, they begin to hide it from their spouse, boss or family. All while spending more time on the Internet to feed their various compulsions.

Similar to craving for a cigarette, the very first and last thing they do before going to bed, is check their email, social media account, their texts, to make sure they’re caught up.

Most will now sleep with their smartphones, and have panic attacks whenever they lose mobile service or their battery begins to drain out.

The Symptoms Of Online Addiction

These are the symptoms of developing unhealthy habits, which turns into an addiction.

Most become irritable, if they miss a tweet or a text when they’re eating dinner or taking a nap. They become irate, once someone begs them to put their smartphone down.

This is the growing dependency of Internet usage, where one is unable to stop or shut down.

The Internet was designed to be a convenience, to make our lives easier. To provide immediate accurate information and entertainment, and not to become a health hazard.

So when in the presence of others, reform yourself to smile, talk, eat, and enjoy the company of other people.

Go out for a walk, get some exercise and enjoy nature without taking your smartphone.

There’s nothing on the Internet, that can possibly replace real human interaction.

How To Live A Positive Life By Expecting Greatness